Vijay Shekhar Sharma Sums Up Paytm Culture: ‘No Fear, No Greed, No Entitlement’

Vijay Shekhar Sharma Sums Up Paytm Culture: ‘No Fear, No Greed, No Entitlement’

What Does Paytm Look For In Its Employees? We Ask The Hustler Himself, Vijay Shekhar Sharma 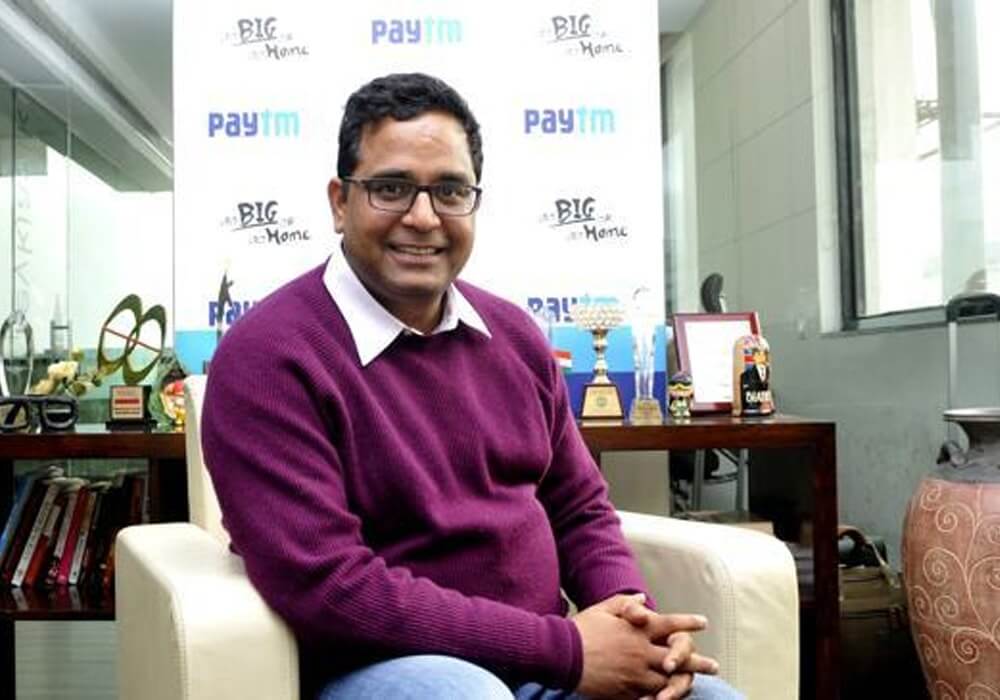 But when Vijay Shekhar Sharma started Paytm’s parent company One97 in 2000, he had no clue he would make it so big. In fact, Sharma had to take a loan of $12,525 (INR 8 lakh) — a substantial sum at that time — to set up One97. When it became tough for him to repay the money, he took up all sorts of jobs — from setting up LAN connections to delivering guest lectures and so on — to make ends meet.

Sharma, now a well-known “hustler” in startup circles, primed himself for the success to which he stakes claim today. A child prodigy, he passed secondary school at the age of 14. Although he couldn’t take the IIT entrance exam as he lacked proficiency in English, he went on to do his engineering from Delhi College of Engineering, where he read two books — one in Hindi and the other in English — simultaneously to understand the course material.

Unable to understand much in class as the medium of instruction was English, he spent hours in the computer room, teaching himself coding. He became an entrepreneur at the age of 19 with his first company, XS Communications, a college-based startup that made content management systems. This was in the year 1997.

Then Paytm happened in August 2010. The rest, as they say, is history.

From reaching 300 Mn customers on Paytm to launching Paytm Payments Bank to making his debut on the Forbes Billionaire list with a net worth of $1.3 Bn, Sharma has come a long way. He was also featured on the 6th Hurun India Rich List 2017.

Further, he was the only Indian besides PM Modi who made it to the TIME Magazine’s 100 Most Influential People list in 2017 and was also named as UN Environment Program patron for Clean Air.

What’s more, all through his awe-inspiring journey to where he is right now, Sharma has been one of the most grounded people we have come across. So, we felt it was about time we caught up with Vijay Shekhar Sharma AKA Paytm Boss for an Inc42 Facebook Live AMA and talk to him about the company that is making waves in the digital payments industry, ecommerce, and even ticketing.

We started with asking Sharma a basic but an important question, relevant to all entrepreneurs — what do you look for in a person while hiring him/her?

Sharma shared, “I personally look for people who take decisions and stand by their decisions too, and are able to give a reason why. Everyone takes wrong decisions including me, but I only want to know what is the other person thinking when taking that decision.”

We also wanted to understand the skills and other qualities of the employees who led Paytm to success.

Sharma explained that this depends on an incredible combination of passion and skill. If you are skilled and not passionate, then you are a weight on the team. But if you are passionate and not skilled, it means it is just a hobby for you. Therefore, the person should pick up the required skills.

And most, importantly, what is the culture at Paytm?

To this, Sharma replied there are three culture statements that Paytm has: “No fear, no greed, no entitlement.”

He explained that this means, “We won’t fear whoever you are, and we won’t carry any sense of entitlement that we will be successful just because of what we are.”

He also believes that Paytm employees are a bunch of hard-working people, so hard work is the one word that defines Paytm culture, according to him.