I Invest In The Bus Driver, Not The Bus Or The Destination: Vijay Shekhar Sharma, Paytm

I Invest In The Bus Driver, Not The Bus Or The Destination: Vijay Shekhar Sharma, Paytm 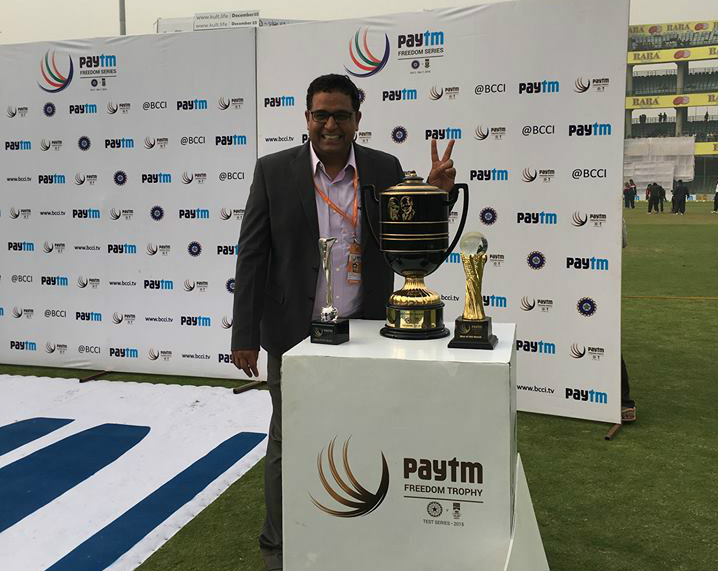 Vijay Shekhar Sharma is of the most popular Indian entrepreneur. Majority of the people know him as a successful entrepreneur, founder and CEO of mobile commerce platform Paytm and even as an investor. But few know that the 37-year-old entrepreneur was once tied neck-deep in debt.

In a candid interview with Simarpreet Singh, Chief Edutainment Officer, Mindbatteries, Vijay talked about his early college life, the challenges he faced at the Delhi college of Engineering and his life after that.

Simarpreet: Vijay, people think you are one of the coolest CEOs in India. What do you have to say about that?

Vijay Shekhar Sharma (VSS): Well, that’s a tricky question. I don’t know how it is. What I understand from “Cool” is being able to have a light and unhesitant conversation with your team.

Simarpreet: I’d like to know about your days in Aligarh. Were you naughty as a child?

Simarpreet: My father, being a true disciplinarian, didn’t leave naughtiness as an option. What he said was a line drawn on a rock. Also, I was an extremely shy, introvert sort of a guy.

So, when I left Aligarh to commence my graduation at Delhi College of Engineering, I felt liberated! I felt I have finally been able to escape the prison, never to look back.

Back then, I must have been the only kid from my school to have ever been able to make it to an Engineering College in Delhi.  I was a fast learner; completed my 10th at 12 years of age. My teacher convinced my father to let me skip a class or two, as they considered my intellect to be ahead of my age. So, I was able to get into college at 14, although I had to wait a year more to fulfill the “15 years” age requirement.

The detailed Part-1 of the interview is here-

The second part deals with his entrepreneurial journey. He talks about how he got the idea of his early venture One97 (Internet-Content-on SMS platform). He goes on to talk about the hardships he faced in his business. At one point of time, he was tied neck-deep in debt and even having two cups of tea in a day was a perk. He talks about how he sustained the tough times of his entrepreneurial journey. Towards the end, he gives tips and tricks to be considered by startup founders while pitching their ideas to the investors.

Simarpreet: How did One97 happen?

VSS: There was this Internet Euphoria happening in the country. I was in a steady business when makemytrip, egurukul and all these were launching themselves. I came across a term ‘Golden Handcuff’. That was like a moment of enlightenment. I realised that my clients are tying me in these golden handcuffs, refraining me to achieve the bigger goal.

With next year commencing, obviously I would get a bonus, and again I would be stuck in the shackles of a ‘steady income’. So, I quit…..and decided to build a business.

Simarpreet: Tell me more about your struggles. The highs and lows of your life.

VSS: To start with, I started this company with two other people/colleagues/friends. So, I had one-third equity in it. But eventually, it got really difficult to survive and they left. I stayed on without any revenues flowing in. I used to pile on friends, ask for loans so I could buy myself some food.

There was a time when I had none to take money from; having two cups of tea was a perk. I drove a friend’s car around and didn’t have more than 150-200 bucks to buy gas. Really harsh days. I mean there were times when I couldn’t afford a bus ticket, so I walked 14 kms to get back home.

When you know that this is what it is; there is no other option, no other alternative, just keep swimming!

Part- 2 of the interview is here-

We hope that the journey and struggles narrated by Sharma help you stay intact in your endeavour to create new opportunities and strengthen you to believe in your idea.

The interview was conducted as a part of ‘Startupreneur Series’ launched by Mind Batteries that aims to combine entertainment with education and is focused on revolutionising the way things are taught. The series will describe the entrepreneurs’ journey and will enable people connect with them. Also, aspirants will be able to access funding opportunities, network, internships, mentoring, etc. In order to facilitate the same the company launched – Chase Your Dreams- Ideathon’ Contest.

Vijay Shekhar Sharma will invest INR 1 Cr in the most suitable contestant, along with mentorship opportunity to five other participants.

If you wish to participate in the contest you can fill the form here.