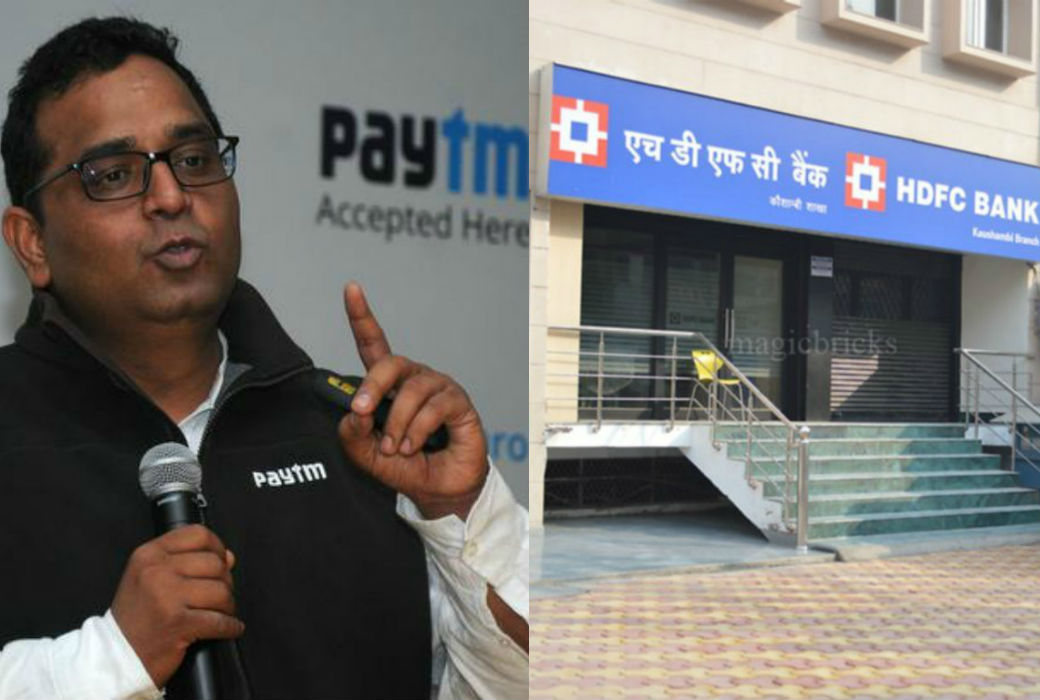 The wallet wars are on in full swing. At least it seems so by a tweet by Paytm CEO Vijay Shekhar Sharma. Sharma questioned HDFC Bank’s handle when he retweeted a peculiar problem a Paytm user had faced.  Apparently, Paytm user Neeta Kolhatkar was advised by her HDFC personal banker that the app stores the information online and is not safe.

#HDFC personal banker Said paytm not safe for payment. When I said #uber tie up wt them only. The info is stored online, not safe

Vijay Shekhar Sharma retweeted her, marking HDFC bank and asking for clarifications on the same.

The incident follows a similar one which occurred in the last month. In May, Sharma had been apprised of a similar situation with a senior Paytm employee. The employee’s uncle apparently runs a boutique in Kolkata with his wife and uses HDFC Bank to pay their employees.

The employee’s uncle stated that an HDFC Bank representative had come over to show them how to use PayZapp. Once he was done, he allegedly checked the phone to see if the Paytm app was installed. On finding that it was, he deleted it.

Vijay Shekhar Sharma had tweeted that incident too, sharing a screenshot of the conversation and tagging HDFC Bank’s customer support handle to make them aware of the situation.

Back then, Vijay Shekhar Sharma had quipped in the tweet, “Wow, lots of love needed for @HDFCBank_Cares.”

This time around, he doesn’t seem too pleased with the unsubstantiated yet underhanded tactics of HDFC Bank associates. Now, he has specifically asked the bank to comment on the issue.

While the two incidents may just be random occurrences of overzealous HDFC representatives peddling their own mobile wallet app – PayZapp – clearly the CEO and founder of Paytm is no longer humoured by them, bringing the bank to task on social media.

In all my app uninstall analysis in life, never factored this ? https://t.co/bm3DfPjEN0

An email sent to HDFC Bank about the incident remained unanswered at the time of publication.  Paytm too declined to comment on the development.

Mobile payments and digital wallets are becoming a hotly competitive space in India. Besides Paytm, MobiKwik, Oxigen, PayU and many others, this category will see newer players such as Whatsapp which plans to launch a peer-to-peer payment system in India and Amazon which has secured a licence from the Reserve Bank of India (RBI) to operate a prepaid payment instrument (PPI). PayZapp which was launched by HDFC bank in June 2015 has between 5 Mn to 10 Mn downloads on the Play Store.

As a per a recent report by Google and Boston Consulting Group, the digital payments industry in India is projected to reach $500 Bn by 2020, contributing 15% to India’s GDP.  No wonder, the wars are expected to get bigger and more bitter by the day. Paytm’s and HDFC bank’s tiff is just a reminder of the intense competition that the payments space will witness in the coming months.

(The development was first reported by Officechai.)