He added that Paytm wouldn’t charge any commission from developers 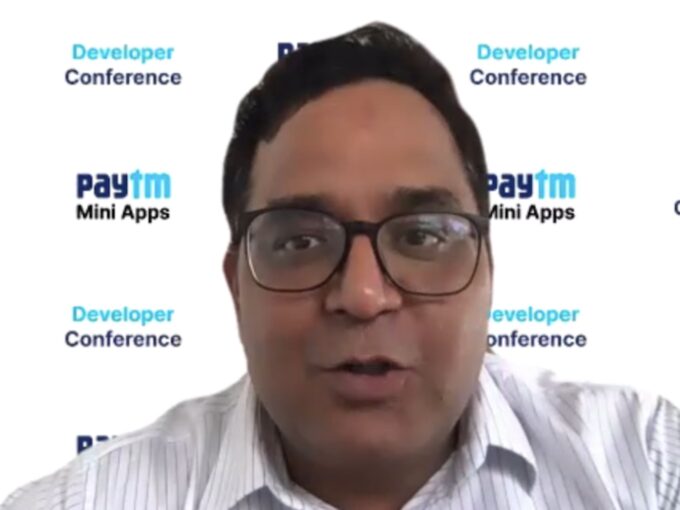 Sharma was speaking at a Paytm conference for app developers, where he formally launched the Android-based Paytm Mini App Store and explained some of the features of the company’s new product. Sharma added that his company would be looking to make equity investments to help mini app developers launch their mobile applications on the Paytm Mini App Store, or scale their existing mobile applications.

While slamming Google for acting as a toll collector for app developers, Sharma said that his company’s Mini App Store won’t charge any commission from app developers for in-app purchases made by users on their mobile applications.

Late last month, Google announced its intentions of charging a 30% commission for in-app purchases made in mobile applications distributed on the Play Store. Earlier this month, Google deferred the implementation of these policies until March 2022.

During the conference, Sharma added that app developers, for a limited period of time, would be able to make an account on the Mini App Store for free and work towards developing their apps.

Should Paytm Call It A Mini ‘App Store’?

Ever since Paytm had announced its intentions of launching a ‘Mini App Store’, many termed it as an upcoming Indian alternative to the Google Play Store, called it an ‘Aatmanirbhar App Store’, and other such lofty terms.

However, comparing Paytm’s new product with the Google Play Store is unjustifiable. This is because the Paytm Mini App Store has limited functionality when compared to the Play Store, or any other app store. The Mini App Store would be a web-based service embedded in the Paytm payments app.

Through its Mini App Store, Paytm will be hosting links to PWAs (Progressive Web Apps). And PWAs being light apps, can run within a web browser, requiring no downloads or installations. It can be argued that by calling its new offering a “Mini App Store”, Paytm is misleading its users. This is because the Mini App Store will not be listed separately on the Google Play Store, or be a pre-installed application on smartphone devices. In fact, it can only be accessed through the Paytm app.

A more reasoned comparison can be made between Paytm’s Mini App Store and the Google Spot Platform. Both these platforms provide a digital infrastructure that enables small developers and businesses to set up HTML and JavaScript-based low-cost, quick-to-build ‘mini-apps’.

Explaining the useability of a Mini App Store, Sharma confirmed that Paytm’s new offering would be a PWA. A PWA is different from a native app and can be explained as a hybrid between regular web pages and mobile applications. Among known Indian startups, Flipkart offers Flipkart Lite, an example of a PWA. With the launch of its PWA which uses open web APIs, the company claimed that Flipkart Lite loads faster, consumes less data, and can work well with a 2G connection, something not possible with its native application.

While elaborating on some of the features of the Paytm Mini App Store, Sharma added that apps listed on the platform would have to be integrated with the Paytm Payments gateway. For payments, developers will be able to give a choice of Paytm Wallet, Paytm Payments Bank, UPI, net-banking and debit/credit cards to their users.

While no charge will be levied by Paytm when users choose to make in-app purchases on the mini apps through Paytm gateways and UPI, a 2% levy will be charged on purchases made through credit cards.

During the conference, Sharma also said that the Paytm store would facilitate the process of converting existing websites into mini apps.

For app developers, the Paytm Mini App Store offers access to the digital payments giant’s humungous userbase, without having to spend on listing and distribution of their mobile applications. Paytm claims that its Mini App Store will help developers reach 150 Mn monthly active users (MAUs) and 600 Mn registered Paytm users. Further, the company claims that it will provide more than 20 entry points to the Paytm Mini App Store, through its marquee payments app as well as other mobile applications.