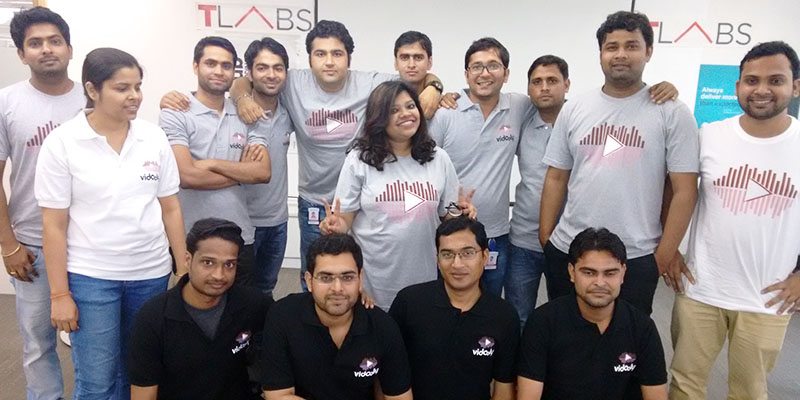 Noida-based video intelligence platform Vidooly has raised Series A funding to the tune of $1.4 Mn from Times Internet and GVFL (Gujarat Venture Finance Ltd). Vidooly was accelerated at Times Internet’s TLabs in November 2014 around the time of inception.

The raised funds will be used to expand into the domestic market i.e. India, as well as in international markets in the US, Europe and Asia.

Commenting on the fund raise, co-founder Nishant Radia stated, “Video consumption over the last couple of years has exploded given faster and affordable Internet access and also the rising demand for devices and high-quality online content. We plan to utilise the funds raised, to expand in attractive markets and also strengthen the team at Vidooly. With the rise of video platforms, the demand for video intelligence has grown multifold and we aim to be a dominant player in this space globally.”

The analysis helps clients and partners to parse these audience and content insights in order to empower their video production teams through its SaaS offering. This also enables them to optimise their media buy at scale (growth without additional spend), refine content in terms of distribution and optimisation. The platform also makes it easy for clients to find and partner with social media influencers.

The company also has plans to use the funding to amplify product engineering, marketing, and enhancing sales and distribution channels.

Vidooly has raised two rounds of funding prior to its Series A. The first round was at the time of inception from TLabs – an amount of $18 K. The second round was an investment of $1 Mn from Bessemer Venture Partners. Prior to investing in Vidooly, the firm had backed VidYard, a video marketing and sales enablement company.

In February 2016, the company had also  acquired iCouchApp in order to mark its entry in OTT analytics. In keeping with the terms of the deal, all assets and intellectual property of the video content engagement and discover startup including tech that powers the mobile apps of media giants such as Zee TV and HistoryTV18 came into Vidooly’s fold.

According to CISCO, video will take over the majority of the world’s mobile data traffic by 2021 – 78%. 300+ hours of videos are uploaded every minute on YouTube, and Facebook has also witnessed over 100 Mn hours of video watching every day. In India, the rise in video content watching in recent times can be attributed to the launch of Reliance Jio which accelerated the need for faster and cheaper data plans to appease the average Indian video consumer.