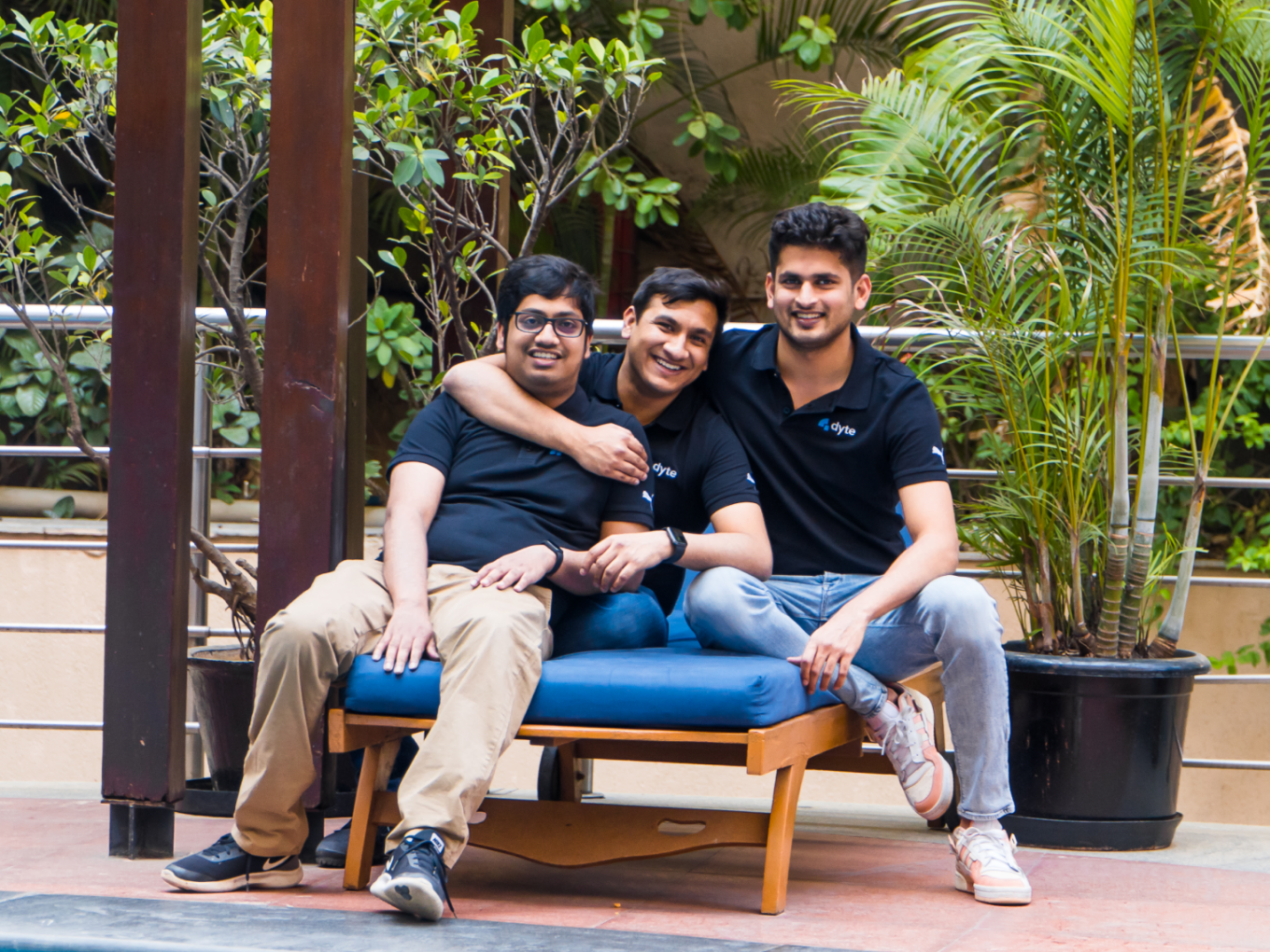 Video platform Dyte has raised $11.6 Mn in seed funding from Unbound, Sequoia Capital India’s Surge and Nexus Venture Partners. The fresh capital will be used for the expansion of the product and engineering team, as well as for international hires to scale up in the global market.

“We’ve only just scratched the surface of possibilities when it comes to live video. It’s our mission to provide app developers with an easy-to-use interface so that they can focus on the customer user experience, and not worry about the technology or infrastructure challenges of building and supporting live audio and video,” Abhishek Kankani, cofounder and CEO of Dyte, said.

Founded by Abhishek Kankani, Kushagra Vaish and Palash Golecha, Dyte was beta launched in February 2021 and later in May, it went live in public. The startup claims to have clients across the US, Southeast Asia and India. According to Kankani, Dyte has seen 30x user growth and 25x growth in terms of usage minutes on the platform since March 2021.

According to an official statement shared by the startup, users can add live video to their platform for 1:1 calls, group calls or webinars using Dyte’s software development kit. Developers can customise their video calling experience using Dyte’s layouts and permissions, with no coding required. In addition, it also offers plugins including whiteboarding apps such as Miro and Whiteboard, along with YouTube and Google docs.

It has now been two years since the coronavirus outbreak was announced as a pandemic. As it has upended the way the world functions, video conferencing has emerged as the lifeline of many businesses. Dyte is one of those startups that have tried to tap into that opportunity.

While the opportunities galore in this space are plenty, we’ve seen the segment raising a good amount of funding lately. For instance, Bengaluru-based live video infrastructure startup, 100ms closed its Series A funding round of $20 Mn led by Alpha Wave Incubation (AWI) last March.

Back in December 2021, communication startup CometChat raised $10 Mn in a Series A round led by Signal Peak Ventures (SPV).

Video conferencing players such as Zoom, Microsoft Team, and Cisco Webex saw massive growth due to the work-from-home mandate. Even Indian telecom operators including Jio and Airtel also ventured into the video conferencing space.

However, as people have started going back to offices, schools and colleges have reopened, the question remains how the booming video conferencing market will retain its growth momentum.