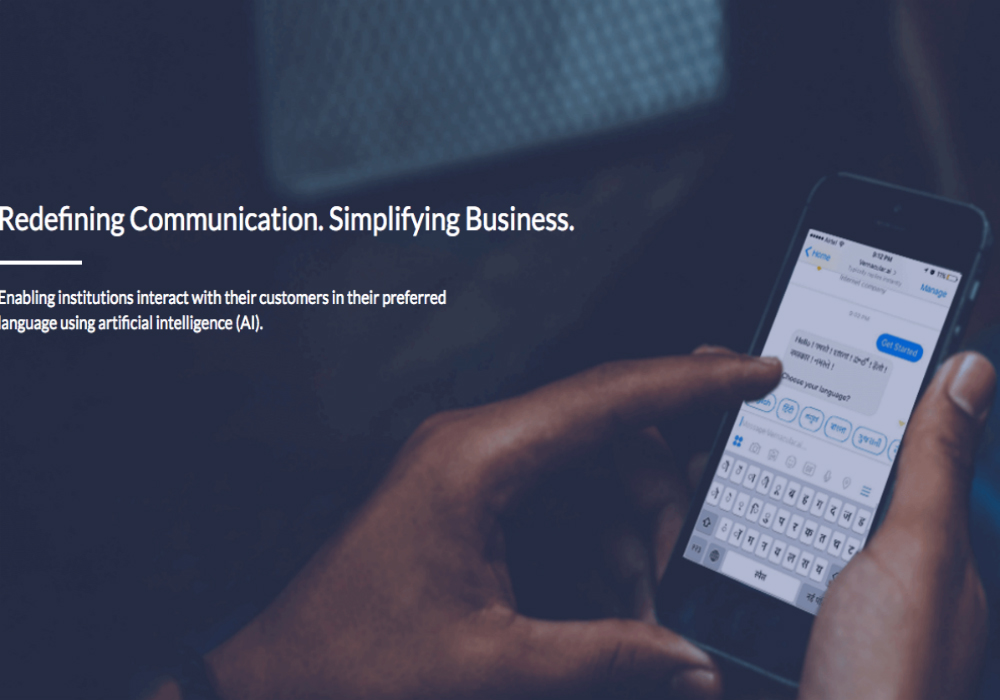 Kalaari Capital has invested an undisclosed amount in AI startup Vernacular.ai. The investment was done as a part of Kalaari Capital’s accelerator programme Kstart.

Bengaluru-based Vernacular.ai was launched in 2016 by IIT Roorkee alums Sourabh Gupta, Akshay Deshraj, and Manoj Sarda. The startup is building Natural Language processing (NLP) Technology in Indian languages to enable businesses to interact and engage with their multi-lingual customers in the languages preferred by them.

Sourabh Gupta, CEO, Vernacular.ai said, “Our vision is to create a broad-based engagement platform for a billion Indians using AI to address needs of people who can be reached only through vernacular languages. In a country of more than 1.3 Bn people, only about 150 Mn can understand English. For the others, the Internet is largely inaccessible. We are building India-specific products to solve this problem.”

As per an official statement, the startup has been working with financial institutions to enable them to increase their businesses in scaleable way. The startup launched their first B2C product earlier this year called Aisha, an AI-based personal assistant in Hindi. The product is aimed at people in Tier II & Tier III cities. It claims to have gained 50K users in a short span since its launch.

Muthiah Venkateswaran, Partner, Kstart Capital said, “Vernacular.ai marks the success of our EIR program, and the first to convert to a portfolio company. The founders have scaled up their business rapidly by being resourceful and also shown the resilience to keep evolving their approach to solving this problem. We see this as a huge untapped opportunity and are excited about the future possibilities to create impact.”

Kstart was launched in February 2016 to nurture startups via a systematic programme to fast-track their growth. It invests in startups via convertible equity instruments. In May 2016, KStart invested $500K in fintech startup, Active.ai and $500K in ParaBlu in June 2016. In August 2016, clinical imaging solution provider Advenio Technosys and rental marketplace Guarented received funding from KStart.

The adoption of AI has been on the rise lately. Lately, many Indian startups have emerged in this space. Earlier in May last year, an AI-based chatbot platform niki.ai secured funding from Ratan N, Tata. Following that, In October 2016, Freshdesk acquired AI driven chat-based platform, Chatimity. Other startups operating in the similar space include Arya.ai, Retention.ai etc.