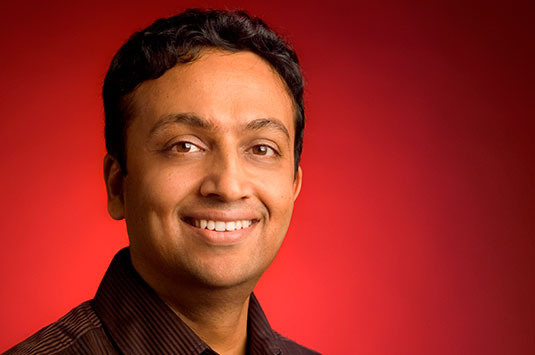 Venkat Panchapakesan, who worked for Google as a VP and led engineering for YouTube, passed away on Monday evening after battling with cancer. The 49 years old lost his battle with the disease which has felled other tech luminaries, including Apple, Inc.’s iconic co-founder and former chief executive, Steve Jobs. Venkat is survived by his wife, Sandy and two children.

Venkat’s career started in 1990 and by 1995 he went on to become a manager at Hewlett-Packard Comp. (HPQ) where he worked till 1997. After that he jumped into the online services space in the midst of the dotcom boom. He also spent the rest of his career at internet firms, navigating through the lean years after the Dotcom bubble burst and the “Web 2.0” recovery that followed over the course of last 10 years.

Panchapakesan spent over a decade at Yahoo, where he worked on several products and spent time leading a research and development center in his native India. However, he quit Yahoo in 2009. After a stint as entrepreneur in residence at Greylock Partners, he joined Google that same year. In June, he was named engineering head for YouTube, reporting to the video site’s CEO, Susan Wojcicki.

At Google, Panchapakesan worked for a time as the head of the Google Apps group. Despite fighting the illness he successfully got promoted to the head of engineering post and replaced Shishir Mehrotra in June.

However, he barely had time to savor that new role. He may have gone too soon, but in his career he helped to guide the international internet services market leaving deep marks on both Yahoo! and Google which won’t soon be forgotten.

Sharad Sharma, the former Yahoo! India VP whom Panchapakesan wrote an email message to, described him as a “sharp yet humble” leader who brought a “childlike zest” to the internet services space. Email to Sharma in February about his illness, Panchapakesan wrote: “I am handling it with the same positive spirit that I do anything else.”

Friends and colleague who are close to Venkat described him a warm, fun loving, giving and fiercely loyal.

Susan Wojcicki, YouTube’s chief executive, on Panchapakesan “Venkat was a deeply admired leader of our engineering team and we are extremely saddened by his passing, he was loved by the people who worked with him and will be missed by everyone who knew him. Our thoughts are with his family during this difficult time.”
His cousin Anand Chandrasekaran also worked at Yahoo! and currently serves as chief product officer for Indian telecom Bharti Airtel Ltd. cited him as an inspiration, stating, “Panchapakesan is a hero to many.”