India is the fifth-largest automobile manufacturer in the world, and the auto services industry is estimated to be worth INR 34,000 Cr in the country 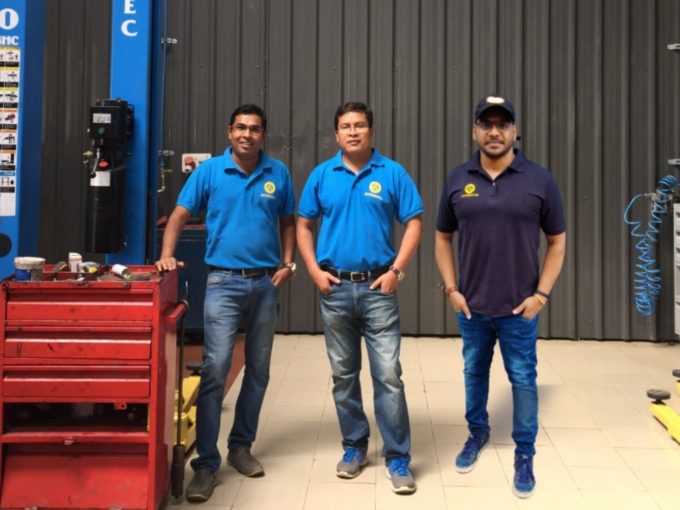 Vehicle services startup Automovill has raised an undisclosed amount in a funding round from Angel Bay. Santosh Chandra, CEO at Essar Oil & Gas Exploration and Production, and executives from Google and PWC also participated in this round of funding.

Founded in 2016 in Guwahati by Mridu Mahendra Das and Chinmay Baruah, Automovill is a vehicle services startup that provides automobile services to vehicle owners through its 12 hubs. The startup has handled more than 100,000 cars for retail and B2B customers.

It counts startups like Cars24, CarDekho and Uber among its clients. The startup plans on using the fresh infusion of capital for hiring more staff and investing in technology in a bid to increase its footprint from 14 cities to more than 20 cities across India.

The startup currently employs 70 people, with around 70% of them being part of operations, and a tech team of five members.

Currently headquartered in Bengaluru, Automovill has direct retail customers in Bengaluru, Delhi-NCR, Hyderabad and Guwahati. “The growth in the auto service sector has been overwhelming. People are avoiding shared mobility which has given a boost to private vehicles and associated services.”, said Automovill founder Mridu Mahendra Das.

According to an IBEF report, India is the fifth largest producer of automobiles in the world, and the industry has spurred the rise of an automobile service industry that is estimated to be worth INR 34,000 Cr.

Two-wheelers and passenger cars made up 80.8% and 12.9% of the market share of vehicle production. Electric vehicle sales, excluding E-rickshaws, witnessed a growth of 20% and reached 156,000 units in 2020, driven primarily by electric two-wheeler sales.

Hoopy, a doorstep two-wheeler service provider, managed to cross an annual recurring revenue of $1 Mn in March this year despite heavy investments in talent and the pandemic. Earlier this year, GoMechanic, a digital car maintenance and servicing app, raised $63 Mn in seed funding.