The company has raised INR 74 Cr from Legend Capital 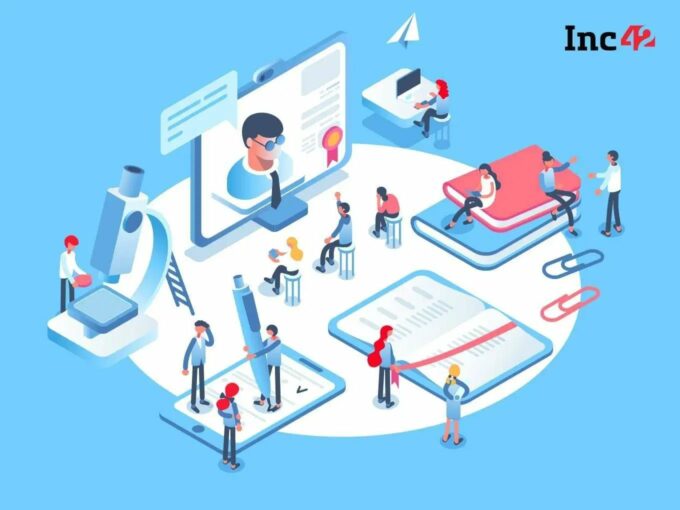 According to the ministry of corporate filings (MCA) accessed by Inc42, Vedantu has raised INR 74 Cr from Legend Capital while Omidyar has pumped INR 22.1 Cr. As part of the deal, the edtech startup has issued around 602K and 179K preference shares to Legend Capital and Omidyar respectively. Price per share for this deal stood at INR 1,229 with a nominal price of INR 10.

Founded in 2014 by Vamsi Krishna, Anand Prakash, and Pulkit Jain, Vedantu is an interactive online tutoring platform that enables teachers to provide tuitions to school students over the internet. The edtech startup uses a proprietary real-time virtual learning environment named WAVE. The startup says that WAVE has come up with more than 70 parameters which facilitate the whole learning process.

Vedantu highlighted that it usually adds over 50K paid users on its platform annually. However, the company has added 100K new users in the past 10 days. Besides this, Vedantu is also noting a 42% user stickiness on the platform, compared to 54% of paid users. The company also noted that there has been a high session attendance of 70% from the free users. Overall, the company has seen a surge of 52x in the number of users signing up till date, while it has noted a 10x growth since March 12.

In the wake of the nationwide lockdown, schools and colleges have moved online. With the penetration of internet in Tier 2 and Tier 3 cities, online education is no more a luxury limited to the metros.

To tap these opportunities, the recent funding from Legend Capital and Omidyar might help the company to expand presence in Tier 2 and Tier 3 cities. Prior to this, Vedantu had raised $24 Mn from in Series C funding round from GGV Capital and other existing investors in February this year.

Even at that time, Vedantu had said that the company will invest the funds in improving the experiences of young learners from metros and small-town India by bringing them fun and engaging courses.

Additionally, the lockdown has also led junior school students to shift to online classes. In the previous funding, Vedantu had specified that the company will expand into new categories such as tutoring for students studying in kindergarten to fifth grade. “We are gearing to invest in the brand and entering very strongly in new categories of age group 4-10 years beyond current customer segments,” Krishna had said earlier.

Previously, Vedantu had raised $42 Mn in Series C round led by Tiger Global Management and WestBridge Capital. Its other investors include Accel, Omidyar India and TAL Education had also participated in the round, along with Prince Maximilian of Liechtenstein and Vedantu founders — Krishna, Anand Prakash, and Pulkit Jain.

Moreover, in the recent situation, most of the edtech platforms like Vedantu, BYJU’S, and Unacademy, among others have witnessed a massive surge in new users by offering their products for free.

While this boom of edtech startups is expected to continue at least till the time lockdown is imposed, it would innoculate to say that the dependency on these online tutoring platforms might increase even after the shutdown ends.