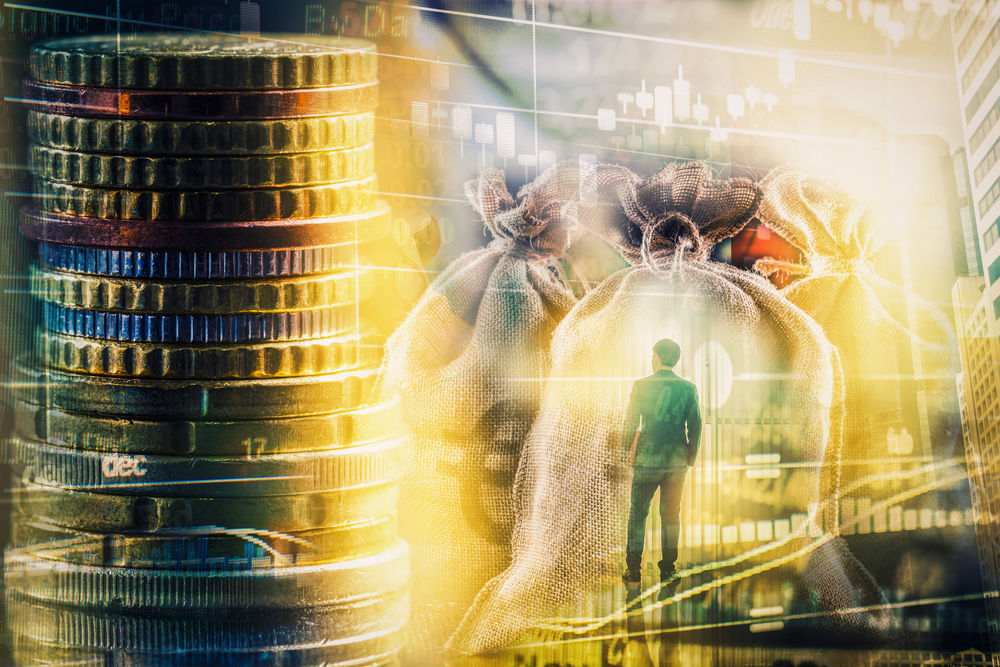 VC firm Matrix Partners India will increase its investments in Delhi-based startups in order to expand its consumer Internet portfolio as well as serve what it believes is an underserved market by investors. In this direction, Matrix Partners will also launch its Delhi office this week and has moved three of its investors there.

Matrix Partners Managing Director Tarun Davda told Livemint, “Over the past 18 months, 30-40% of the startups we’ve been meeting have been based in NCR which is more than we meet in Bengaluru. Even for the overall market, NCR has more startups than Bengaluru but Bengaluru still leads by far in terms of funded deals. That could be because of two reasons. VCs are more focused on Bangalore or the quality of Delhi startups is not that good. We think it’s the first reason. And we were missing out on unique ideas in Delhi and wanted to be closer to the ecosystem.”

Currently, 50% of Matrix’s portfolio companies are based in Bengaluru (such as Practo, Quikr, Ola, Razorpay, Loadshare) while 15-20% are located in NCR (such as Treebo, OfBusiness). As per Tarun, while Bengaluru was the top spot for tech-related investments, Delhi has a larger concentration of operation-heavy commerce and Internet startups. Having a presence in Delhi will help the VC firm to expand its consumer Internet portfolio.

Tarun also retweeted a pic by partner shared a pic by Vikram Vaidyanathan of the new Matrix Office in Delhi. 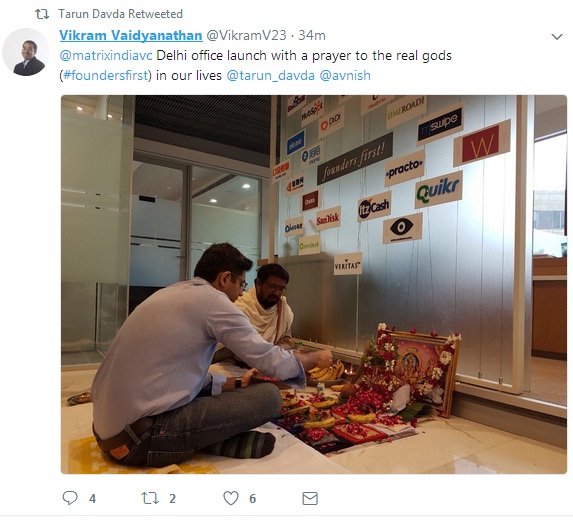 As per Inc42 DataLabs funding report for H1 2017, tech city Bengaluru took the first spot in overall investments in H1 2017. Delhi and Bengaluru have always been locked in the battle for the top slots (although Delhi consists of Gurugram, Ghaziabad, and Noida – far larger scope in terms of area than Bengaluru) and this continued for H1 2017 as well. Bengaluru received over 144 deals and $2.572 Bn in total funding, whereas Delhi/NCR witnessed 128 deals and $2.129 Bn funding. Mumbai and Hyderabad took the third and fourth spots, respectively.

Apart from SAIF Partners and Lightspeed Ventures, most of other large funds are based in Bengaluru and Mumbai. With a new office in Delhi, it seems VC firm Matrix Partners wants to harness the emerging potential of the NCR region which over the last few months has emerged as an equally attractive destination as Bengaluru in terms of new startups.