US, India Likely To Partner On 5G, Digital Commerce

US, India Likely To Partner On 5G, Digital Commerce

Last year, the US overtook China as India’s largest trading partner, with trade worth $88 Bn 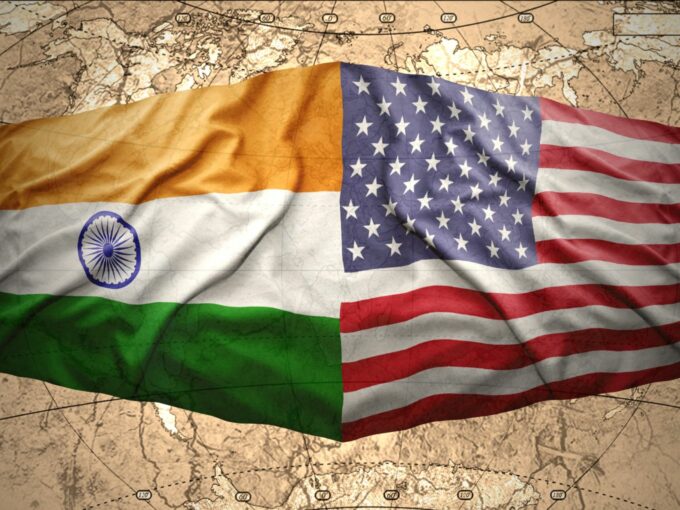 US India Business Council (USIBC) president Nisha Biswal, on Thursday, said that the US and India may partner for developing 5G mobile networks. Biswal added that the two countries were committed to working together in the technology sector.

In an interview to ANI, Biswal said that she expects the two countries to collaborate on digital commerce and technology.

“So I do expect that digital commerce and all areas of technology collaboration are going to continue to grow. I also think that the US and India will partner on 5G and create a digital infrastructure of the future. And this will continue to be an area of growing importance,” she added.

Biswal said that the US and India economic partnership has been one that has been growing in importance for both countries. She also noted how India stands to benefit from global companies looking to diversify their supply chains. “I do think that there is a conversation going on within the boardrooms of companies across the world that have global supply chains, about how they de-risk and make sure that there isn’t an overwhelming dependency on one geography. I do think that that will include a move towards more regional investments and India stands to benefit.”

Interestingly, India and the US also seem to be united in their stand against Chinese telecom firms such as Huawei and ZTE, who have been accused by the US of spying for the Chinese government. Earlier this month, the US Federal Communications Commission (FCC), formally listed Huawei Technologies Company and ZTE Corporation as “national security threats”, giving further impetus to the persistent anti-China sentiment in the US.

Both Huawei and ZTE were prominent players in the US telecommunications sector, where rural carriers relied heavily on their cheap equipment. Now, after the ban on both firms in the US, money from Federal subsidies used by many small rural carriers in the US cannot be used to buy equipment from these companies.

The FCC has also accused Huawei of having close ties with the Chinese Communist Party (CCP) and China’s People’s Liberation Army (PLA). The US has, in the past, pressured India to ban Chinese telcos in the country. While until now, India didn’t buckle under, it may do so now. The border clashes between India and China in Ladakh’s Galwan Valley have brought the focus on India’s reliance on Chinese imports and the skewed balance of trade between the two countries. In 2019-20, Indian exports to China were worth $16.6 Bn while Chinese exports to India were worth $65.3 Bn, a trade deficit of $48.7 Bn for India. It is worth noting though that India’s trade deficit with China is at a five-year low. This has helped the US become India’s largest trading partner, with both countries enjoying trade worth $88.8 Bn according to data for the previous accounting year, while the India-China trade was worth $82 Bn.

Soon after the border clashes, India banned 59 Chinese apps citing threats to data security of users, while also urging its ecommerce players to mention the ‘country of origin’ information for products being retailed online. Meanwhile, the Ministry of Electronics and Information Technology (MeitY) barred state-run telecom firms from purchasing Chinese equipment. Last year, IT Minister Ravi Shankar Prasad said that Chinese telcos would be allowed to participate in the country’s 5G auctions. However, with the recent spurt in anti-China rhetoric in the country, it remains to be seen if India follows the US line and bans Chinese telcos from the country.