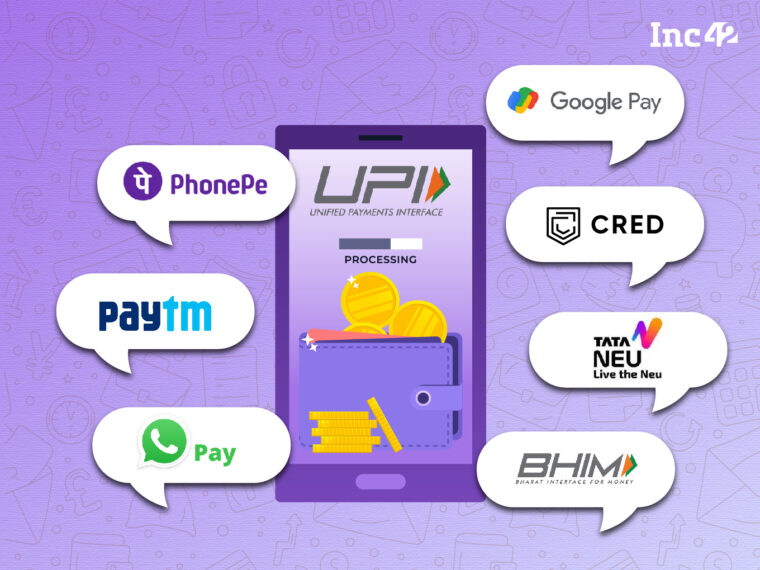 Real-time payment system UPI broke another record as it crossed the INR 10 Lakh Cr mark with nearly 6 Bn transactions in May 2022 – a 6% higher than April 2022 when it registered 558 Cr transactions worth INR 9.8 Lakh Cr.

The growth might have declined to single digits in the last two months but UPI apps have already crossed almost 80% of the transaction volume of 2021 in the first five months of 2022.

As opposed to our previous stories where the standard comparison was between PhonePe, Google Pay, Paytm, Amazon Pay and WhatsApp Pay, this month, Inc42 has included CRED, Tata Neu and BHIM as well. 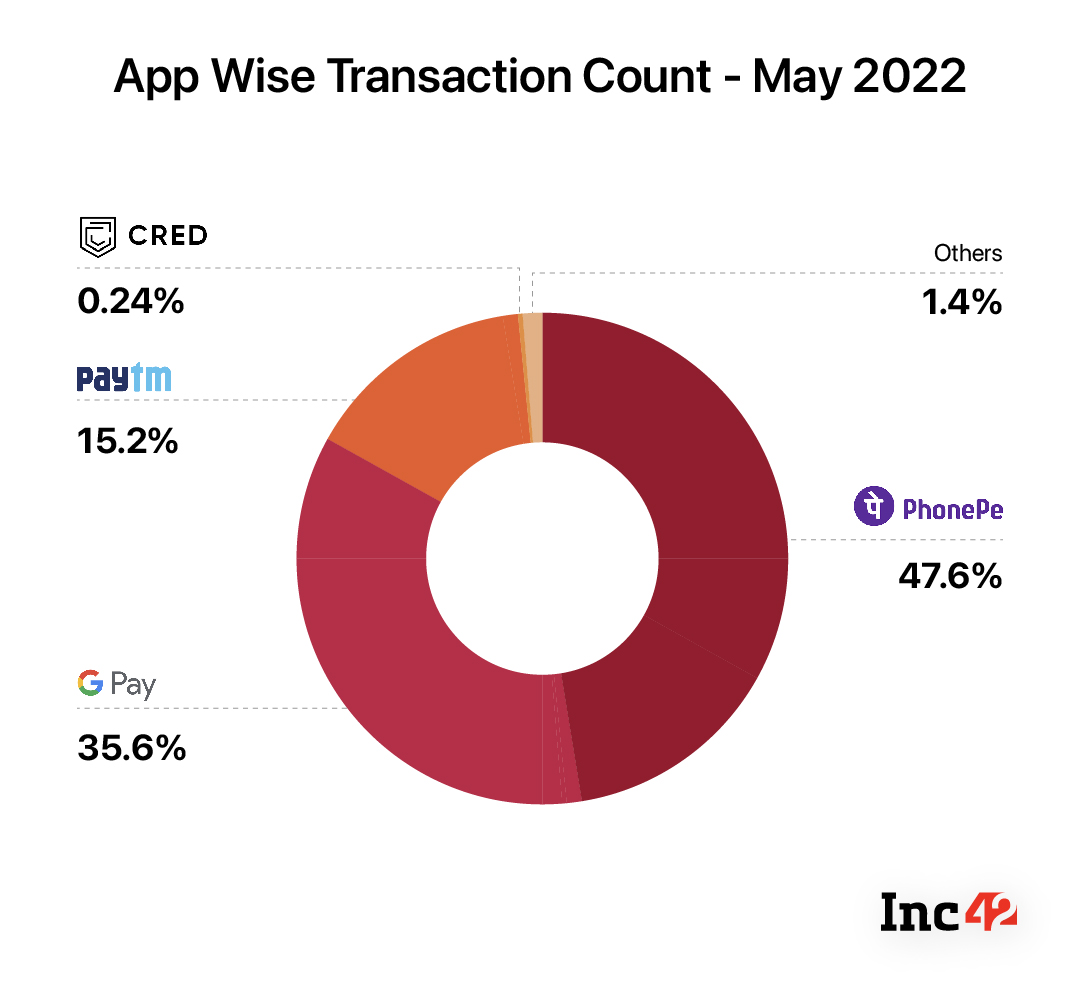 PhonePe led the UPI segment on all metrics, including count and volume of transactions, registered users and merchant coverage, growing 5% MoM. Google Pay and Paytm, on the other hand, grew a little over 6% MoM. 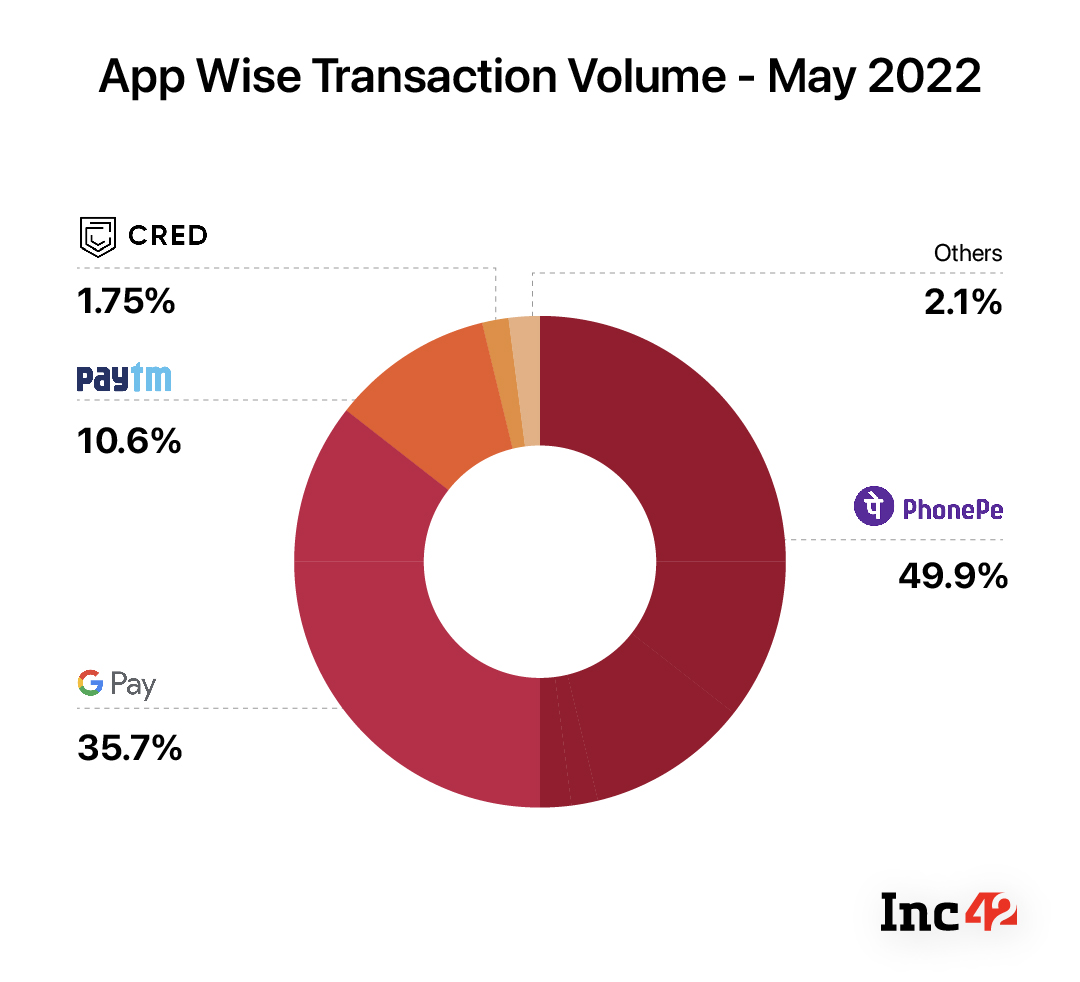 Individually, CRED recorded 13.9 Mn transactions worth INR 18,174.61 Cr – showcasing that the average ticket size was relatively high at an average of INR 13,085. This can be attributed to CRED allowing payment of credit card bills via UPI.

It is a noteworthy point that among all payment mediums, credit cards have the lowest penetration rates at 5.55% in India and the volume of total credit card transactions was slightly over INR 1 Lakh Cr in March 2022.

As credit spending on ecommerce platforms increases, RBI has recently announced that RuPay users will be able to link their credit cards with UPI apps.

Despite the industry welcoming the move, it is not clear yet if MDR would be charged for the usage of credit cards through UPI.

The move is likely to propel UPI usage in the country where the apps are already marred with the market cap conundrum.

NPCI, the governing body of UPI, has repeatedly reminded UPI apps that they will have to adhere to the market cap and the TPAP restrictions by January 2023. But as the deadline is less than eight months away, NPCI may look to extend the timeline as an inevitability, fearing market disruption.