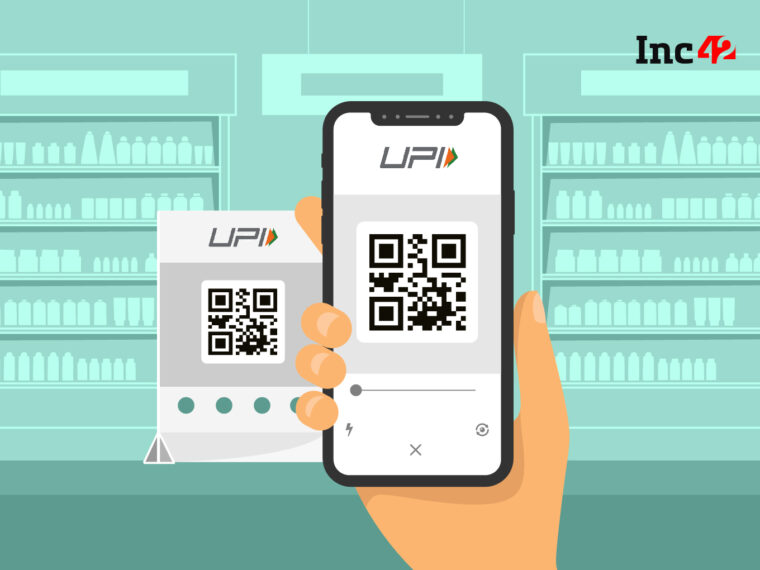 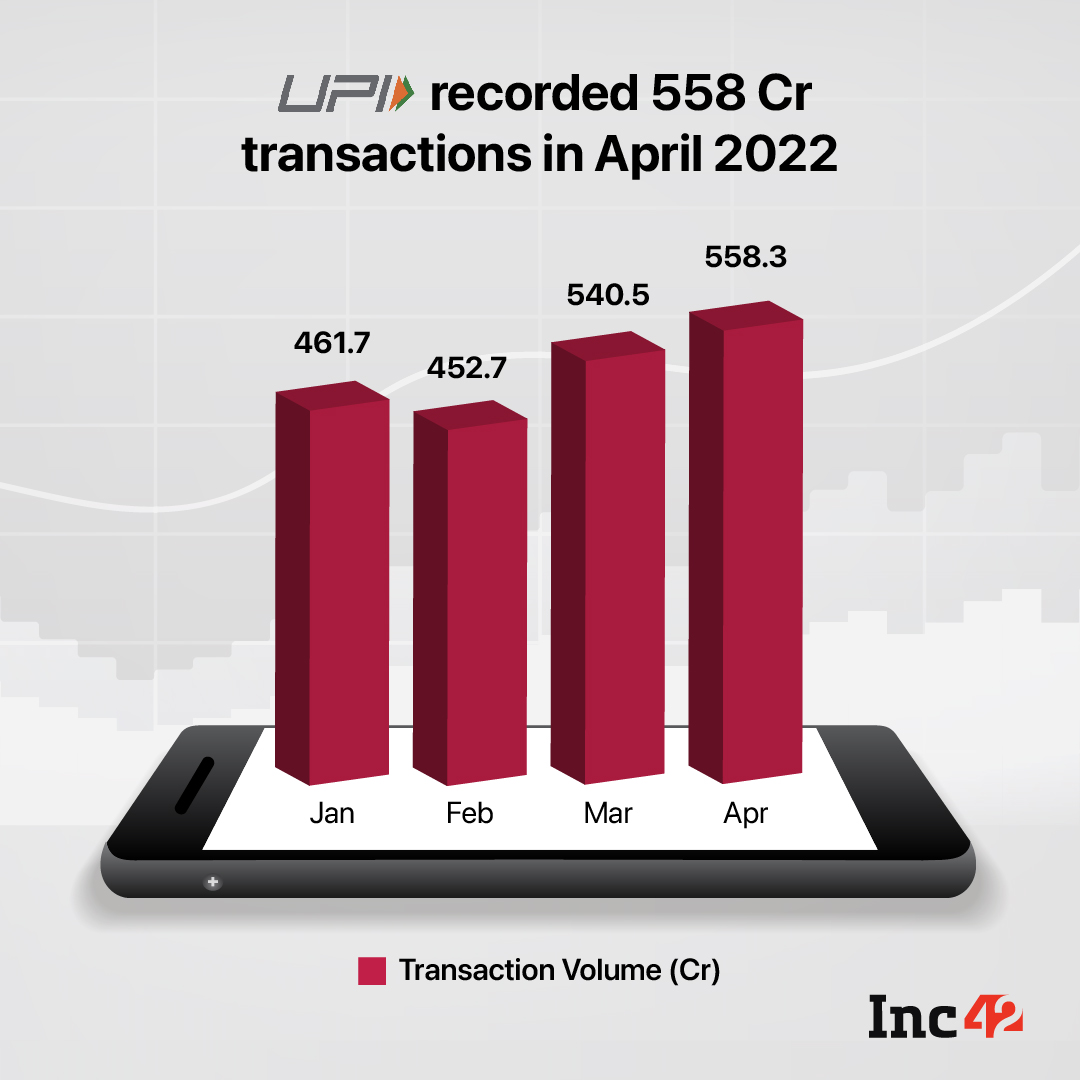 While the growth has declined to single digits in the past month, UPI is currently the most popular digital payments system in India, with more than 314 banks linked to it. The State Bank of India (SBI) was leading the segment by processing about 148 Cr transactions, as of March 2022. It was followed by HDFC Bank with 47.7 Cr transactions, Bank Of Baroda with 35 Cr, Union Bank with 32.6 Cr, ICICI Bank with 30.67 Cr and Paytm Payments Bank with 31.4 Cr transactions.

The contactless digital payment service UPI continues to gain market momentum even after the conditions brought by the Covid-19 pandemic in 2020 begin to subside. Compared to April 2021 when UPI transactions were at a mere 264 Cr worth INR 4.93 Lakh Cr, April 2022 witnessed a 2X year-on-year (YoY) jump.

The UPI payments space in the country is currently dominated by two players – PhonePe and Google Pay. Together, the two command a little over 84% of the UPI market in terms of transaction volume in March 2022. The space also includes other big fintech names such as Paytm, Amazon Pay and WhatsApp Pay.

While individual UPI app-wise numbers for March 2022 are out, the National Payments Corporation of India (NPCI), an organisation accountable for managing and controlling UPI payments in India, is yet to disclose app-wise April 2022 numbers.

The number of real-time transactions in India was almost 2.6X higher than that of China (18 Bn transactions) and almost seven times higher than the combined real-time payments volume of the US, Canada, the UK, France and Germany (7.5 Bn), the report had said.

Testament to its increasing usage, recently, SEBI finally brought its plans to bring UPI into the fold for IPOs. SEBI will now allow people who either apply for the share allocation or are eventually allocated the shares to pay using UPI.

Is Crypto Facing Bottlenecks Due To NPCI?

UPI has also been a go-to feature for several crypto exchanges, seeing an exponential rise in terms of users as well as the volume of transactions. With zero MDR on UPI, users were able to buy crypto at cheaper prices and in smaller volumes. However, NPCI issued a statement highlighting that it is not aware of any crypto exchange using UPI, leading to a major fall out of the payment system from crypto exchanges and de-incentivising crypto in India.

This has led to crypto exchanges facing a huge issue in terms of bank partners and payment gateways, with NPCI yet to formalise the usage of UPI by Indian crypto exchanges.