UP govt has allocated INR 10K vehicle to make such deliveries

Meanwhile, Kerala govt will be delivering food kits to poor in the state 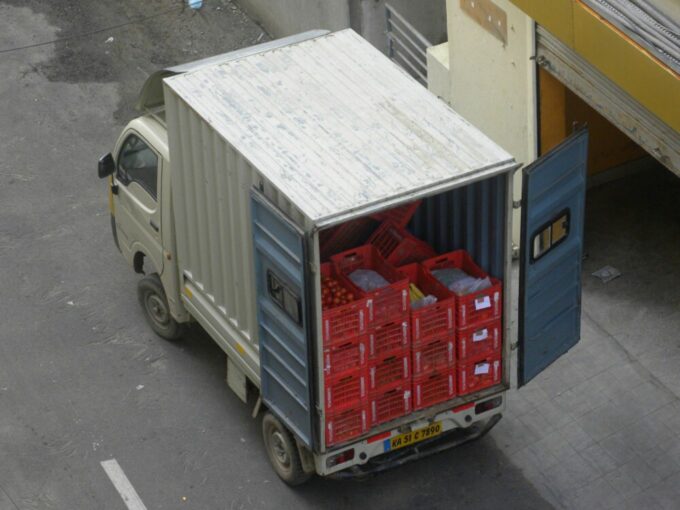 In order to comfort panic-stricken people who may be anxious about supplies of food and essentials during the nationwide lockdown, the government of Uttar Pradesh and Kerala have decided to start doorstep deliveries of essential commodities — vegetables, milk, medicines and other commodities — during the 21-day-lockdown.

The UP government has allocated over 10K vehicles to make such deliveries. Chief Minister Yogi Adityanath assured citizens that the state has enough inventory/stock of essential items for all 23 Cr people. “For the safety of you and your family don’t step out of your houses & maintain social distance,” he told ANI.

Besides this, the UP government has also decided to encourage online food delivery in order to make people stay indoors.

Meanwhile, Kerala, which is one of the worst-affected states, has announced that it will be delivering special kits of food essential to the poor in the state.

Besides this, people below the poverty line (BPL) will continue to get 30 Kg of food grains as mandated by the public distribution system (PDS). The Kerala government has also specified that it will be willing to extend the aid to others if needed. As per the reports, those entitled to 2 Kg of rice at subsidised rates can now get 15 Kgs for free.

As the positive cases of coronavirus started rising in India, the Kerala government promptly responded by shutting down schools and enabling home delivery services for mid-day meals for Anganwadi students.

The UP and Kerala governments’ recent announcement are in line with Indian Prime  Minister Narendra Modi’s announcement of 21-day-lockdown. PM Modi also assured that the central government has taken stringent steps to ensure that there is a continuous supply for all essential goods and services during the lockdown period.

In an order released later, the central government also clarified that the essential goods and services would include the following:

The government has also specified several other essential services that will continue to remain operational during the three-week lockdown period. Meanwhile, the Central government has also allowed states to borrow three months of ration from the Food Corporation (FCI) warehouses.