This will be a game-changer, says Snapdeal’s cofounder Kunal Bahl 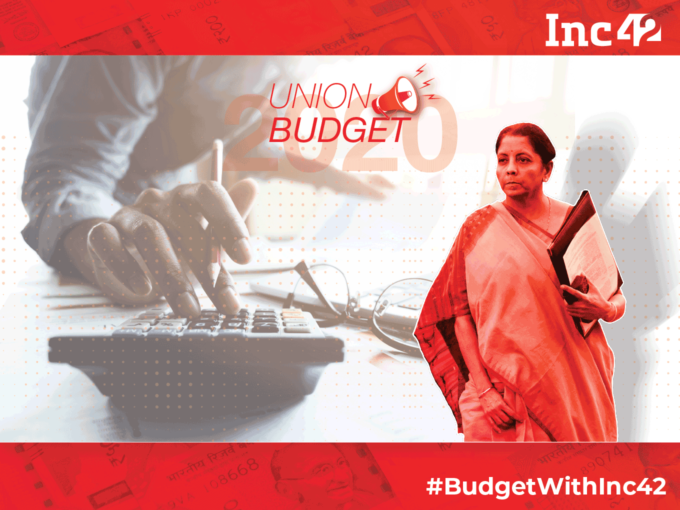 Finance Minister Nirmala Sitharaman presented the union budget for the financial year 2020-2021, which brought in a bundle of new announcements for the Indian startup ecosystem. With the biggest one being the proposed ease on tax burden for employee stock ownership plan (ESOPs).

The tax relaxation will be available for 5 years or till the time the employees leave the company or sell their shares, whichever is earliest. Moreover, Sitharaman has also proposed 100% deduction of profits for 3 consecutive assessment years for a period of 7 years. Whereas big players in the startup ecosystem can avail such deduction within 10 years, if they have a turnover of INR 100 Cr.

“In order to give a boost to the startup ecosystem, I propose to ease the burden of taxation on the employees by deferring the tax payment by five years or till they leave the company or when they sell their shares, whichever is earliest,” the minister said.

The startup ecosystem has applauded the move.

LetsVenture’s founder Shanti Mohan and Snapdeal’s cofounder Kunal Bahl tweeted in support of the ESOP tax relaxation. Bahl tweeted that the ESOP reform is a big win for the startups. Both Bahl and Mohan have been in support of certain relaxation in the ESOP’s management. Moreover, LetsVenture has recently rolled out an ESOPs management tool to ensure easy management, grants, exercises and liquidate the employee’s stocks.

Even, the managing partner of Orios Venture Partners, Rehan Yar Khan, tweeted in support of the tax relaxation on ESOP, saying that it will remove double taxation on employee’s stocks.

“Deferral in ESOP tax will be a huge boost to startups, and as a trickle-down effect, will also lead to increased consumption,” Utkarsh Sinha, Managing Director of Bexley Advisors said.

However, Startup Centre’s founder Vijay Anand has a different opinion to share on the ESOPs announcement. In a response to Khan’s tweet, Anand said, “Doesn’t completely solve it though. For the talent, now this is a lock-in, unless the startup includes a buyback clause as part of the ESOP scheme. If it’s either buy back or pay taxes (for returns not realized), founders can set buy back rates at throwaway values.”

InnoVen Capital India’s CEO, Ashish Sharma, told Inc42,“While details need to be studied, this budget only had a couple of announcements with respect to startups. The change in ESOP tax treatment and extension of the period available for startups to claim a tax deduction against accumulated losses is a welcome move”

Back in July 2019, even the Department for Promotion of Industry and Internal Trade (DPIIT) had taken account of the same. The department suggested Finance Minister Sitharaman to look into it and make ESOPs only taxable at the time of sale. However, the double taxation still exists.