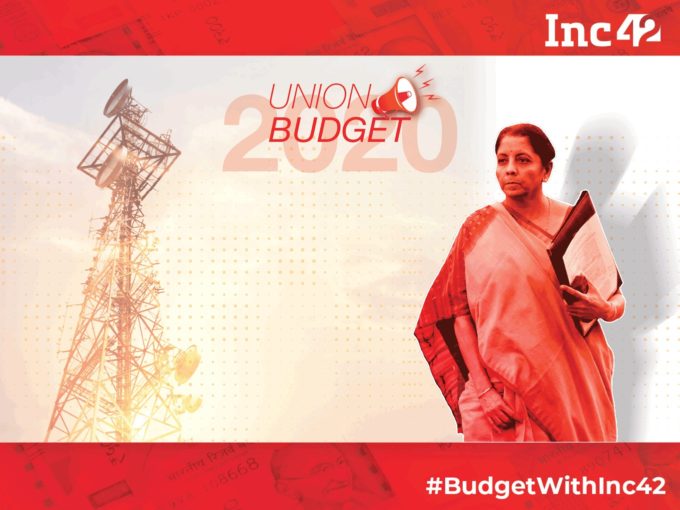 In a bid to help individuals across the country to get access to internet facilities, the finance minister Nirmala Sitharaman, during the Budget 2020 speech, announced that the government will invest INR 6000 Cr for BharatNet programme in 2020-21.

“Fibre to the Home (FTTH) connections through Bharatnet will link 100K gram panchayats this year,” the minister said.

Sitharaman said that the government’s vision is to provide digital connectivity to all the public institutions at gram panchayat level such as anganwadis, health and wellness centres, government schools, PDS outlets, post offices and police stations.

The finance minister also mentioned that the government has already installed 550 Wifi facilities in railway stations within 100 days of coming into second term.

Impressed with this government’s move, Shrenik Gandhi, CEO and cofounder of White Rivers Media said that the ambitious fibre to home proposal shall add the next 100 Mn Indian users in the digital universe soon.

Besides the private, state-led and public-private partnership models being used for BharatNet-II, the government plans to implement a satellite model for many remote areas of the country, including the likes of Northeast India, Himachal Pradesh, J&K, Uttarakhand, Lakshadweep, Andaman and Nicobar Islands. As of November 29, 2019, over 388K Km of optical fibre cable has been laid by the government in over 142K villages.

Under this programme, Common Service Centers (CSCs) have been given the responsibility to provide last-mile internet connectivity. CSCs offer prepaid coupons to users who want to access the internet at their homes through either WiFi or direct-to-home fibre. In the initial phase of this project, the government is not going to charge anything from users for internet services until March 2020. After the free trial period, the CSCs are expected to charge for these internet coupons. While the government has said that it won’t charge more than INR 500 per month, the CSCs will charge differently for different regions.

In November 2019, the government said that it has deployed 18K Km of an optical fibre-based network in ten months in Gujarat, supported by state-run Indian Telephone Industries (ITI) and other private companies.

Further, to encourage more Indians to come online and use digital tools, the government has recently announced that it will give citizens free access to a catalogue of movies and other entertainment content under the BharatNet programme for rural connectivity.

In the pilot project, the government has tied-up with Zee-owned SugarBox Networks to offer these internet-based entertainment services to around 100 locations in the country.