Among the promises were multiple industrial corridors, dedicated freight corridors and more 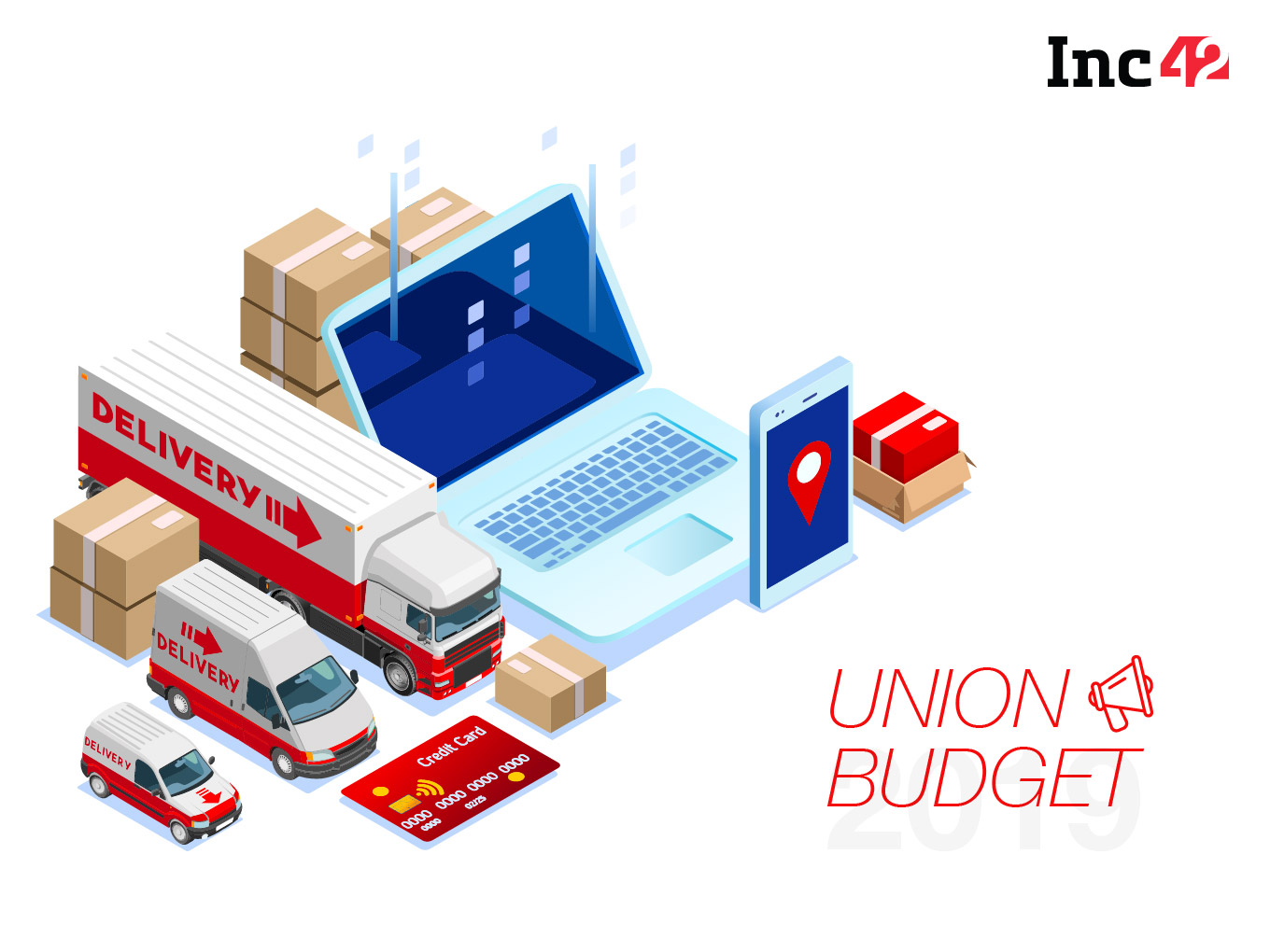 According to Inc42’s State of The Indian Startup Ecosystem 2018 Report, India had over 900 logistics startups as of November 2018. Between 2014 and 2018, these startups have raised over $1.4 Bn funding across 115 deals. The industry had been looking forward to infrastructural reforms from the Union Budget 2019 under the second term of the Prime Minister Narendra Modi-led government.

The government has gone above and beyond most expectations and has allocated INR 100 Lakh Cr over the next five years to build and develop critical logistics and transport infrastructure.

Finance Minister Nirmala Sitharaman told the parliament today during the Union Budget 2019 that the government is proposing an expert committee to study the current situation relating to long-term finance and its past experience with development finance institutions. Based on the committee, the government will create a structure and the required funds would flow through development finance institutions.

Many startups responded to the announcement by praising the government’s effort to look at this sector in depth. Kushal Nahata, CEO and cofounder, FarEye, said, “The initiative to invest INR 100 lakh crore in infrastructure will definitely have a positive impact on the nation’s logistics and transportation industry both from a business and connectivity perspective.”

Sitharaman said that while the planned industrial corridors would improve infrastructure availability for greater industrial investment in the catchment regions, the dedicated freight corridors would mitigate the congestion of our railway network benefitting the common man.

“The ambitious programme of Bharatmala would help develop national road corridors and highways, while Sagar Mala would enhance port connectivity, modernisation and port-linked industrialization. These initiatives will improve logistics tremendously, reducing the cost of transportation and increasing the competitiveness of domestically produced goods,” Sitharaman said.

Tanuj Shori, founder and CEO, Square Yards, pointed out that the focus on developing roads will boost real estate across the nation. “The continued intent to improve infrastructure and roads throughout the country will directly affect real estate positively, across asset classes and segments.”

Sitharaman also said that it is estimated that Railway Infrastructure would need an investment of INR 50 Lakh Cr between 2018-2030. She also went on to propose a public-private partnership to unleash faster development and completion of tracks, rolling stock manufacturing and delivery of passenger freight services.

Dinesh Kumar Kotha, cofounder and CEO of Confirmtkt, said, “At present, there is a massive demand for train tickets. Hopefully, the PPP will enable the railways to add more trains and coaches so there is enough supply of seats to meet this demand. This, in turn, will contribute to industry growth. Currently, only 4% of India is directly connected through railways which comprises of 4 lakh routes. If new trains are added or railway lines are extended, the railway connectivity will increase manifold.”

Jaspal Bindra, Executive Chairman, Centrum Group said the proposed investment reiterates the government’s focus on stimulating financing for capital expenditure in core sectors. “Infrastructure credit enhancement initiative is a fresh move which has been under contemplation for some time, but is very relevant from a timing perspective. However, I would closely watch out for its scoping and overall envisaged roll-out model since we have seen other models like take-out financing achieving only limited success.”

In another boost to connectivity, the government will also work on following up on the model of One Nation, One Grid to create a blueprint for developing gas grids, water grids, i-ways, and regional airports.

Sitharaman also shared that in the last five years, financial instruments such as Infrastructure Investment Trusts (InvITs), Real Estate Investment Trusts (REITs) as well as models like Toll-OperateTransfer (ToT) garnered over INR 24,000 Cr as revenue for the government.

“The proposed budget focuses on some very important factors when it comes to transportation. The government’s investment in road infrastructure will prove to be advantageous in the long run, especially for the transportation industry. The enhanced private participation in Indian Railways and metro connectivity will give further impetus towards creating integrated intercity connectivity in India,” said Manish Rathi, CEO and cofounder, RailYatri.

At present, draft national logistics policy is under works and is expected to bring down India’s expenditure on logistics to 9% of GDP from the existing 14%. With huge investments in infrastructural support, the benefits will surely extend beyond the logistics sector and are likely to affect startups in various other allied sectors such as ecommerce, transport tech and electric vehicles.