The company’s filings claim that if it weren’t for the ESOPs, FY20 would have been an EBITDA-positive year for Unicommerce with $4.5 Mn in ARR

Unicommerce claims that the company has seen a 300% growth in client acquisitions in the last six months, compared to the same time last year 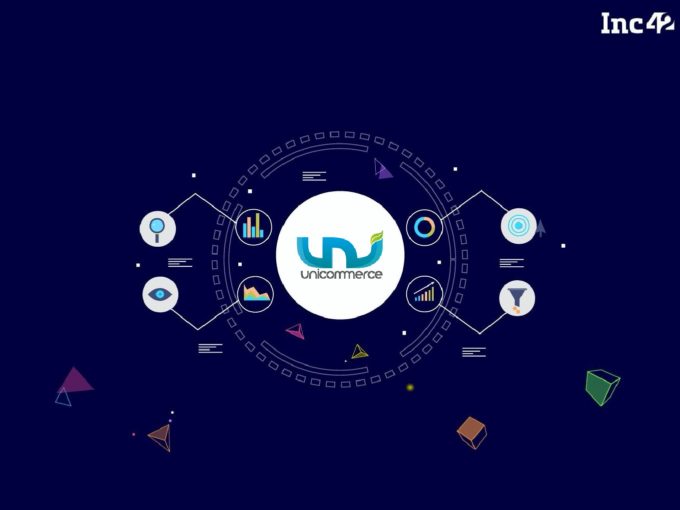 Over the last couple of years or so, hitherto retail-driven businesses have realised the gains to be made from an omnichannel approach. For those still unsure about the pivot, the onset of the pandemic meant that going online was paramount. For smaller players, this pivot was enabled by companies providing logistics, warehousing and other supply chain-related solutions to retail businesses.

Although, much like the competition among online brands, the outlook for those providing back-end solutions to these businesses doesn’t paint a rosy picture.

Snapdeal-owned startup Unicommerce, which provides businesses with cloud-based ecommerce supply chain solutions, competes with players such as Xpressbees, Delhivery and Shiprocket. After the profitable financial year 2018-19 (FY19) when it recorded a profit of INR 2.53 Cr, Unicommerce has slipped in the red in FY20, recording an after-tax loss of INR 3.56 Cr.

A Unicommerce spokesperson told Inc42 that the loss for the year was primarily due to a “one-time human capital-related expense which was done as part of the overall strategy to drive rapid business growth and international expansion.”

Indeed, among Unicommerce’s expenses, the employee benefits expense has grown the most, rising by 76% from INR 15.62 Cr in FY19 to INR 27.57 Cr in FY20. The employee expense grew primarily due to the company’s employee stock ownership plan (ESOP) scheme, as stated in the financial statements.

Depreciation, depletion and amortisation expenses stood at INR 28 Lakhs; other expenses, which include the company’s spending on rent, fuel, travel, advertising and legal services, stood at INR 9.19 Cr.

Unicommerce’s financials claim that in spite of some headwinds in the last quarter of FY20 due to the pandemic, the overall revenue growth has been similar to the last couple of years at 25%, and its enterprise SaaS business (which contributes to 32% of the business) was growing at 80%.

“While we were EBITDA Negative in FY20, but if we exclude nonoperational costs such as ESOP costs etc., then we were EBITDA positive for FY20. We processed 168 Mn+ order items with GMV of $2.4 Bn+ and achieved $4.5 Mn in annual recurring revenue,” the statement said.

How The Pandemic Pinched Unicommerce

It is worth mentioning that Unicommerce’s financials for FY20, ending March 31, 2020, don’t reflect the impact of the Covid-19 pandemic on the company’s business, since the effects of the lockdown-induced financial disruption began to be felt in ecommerce and other sectors starting late-March and continuing to date.

Disruptions to supply chains and logistics had become a common occurrence for most companies. From late-March till late-May, during the months of the hard lockdown, online marketplaces were not allowed to deliver non-essentials, which severely curtailed the earning potential for many retailers with an online presence.

Talking about the performance amid the pandemic, a Unicommerce spokesperson claimed that the company had seen 300% growth in client acquisition in the last six months, compared to the same period last year.

Elaborating on the reasons for the same, the spokesperson said, “The pandemic-related disruption has accelerated online expansion by both traditional and new-age brands, especially in verticals like FMCG and personal care.”

In 2015, Unicommerce was acquired by Gurugram-headquartered ecommerce startup Snapdeal.

The company claims that it processes over 20% of India’s e-commerce volume, amounting to more than $2.5 Bn GMV (gross monthly volume) annually for more than 10,000 registered customers across India.

For companies like Unicommerce, their success is directly tied to the growth of the ecommerce sector, digital penetration in the country and the shift in customer preferences from purchasing in physical stores to shopping online.

According to the Indian Brand Equity Foundation (IBEF), propelled by rising smartphone penetration, 4G network penetration and increasing consumer wealth, the Indian ecommerce market is expected to grow to $200 Bn by 2026 from $38.5 Bn in 2017.