UCLID Aims To Launch A Transparent, Unified Education Network And Will Make The Beta Launch In April 2018 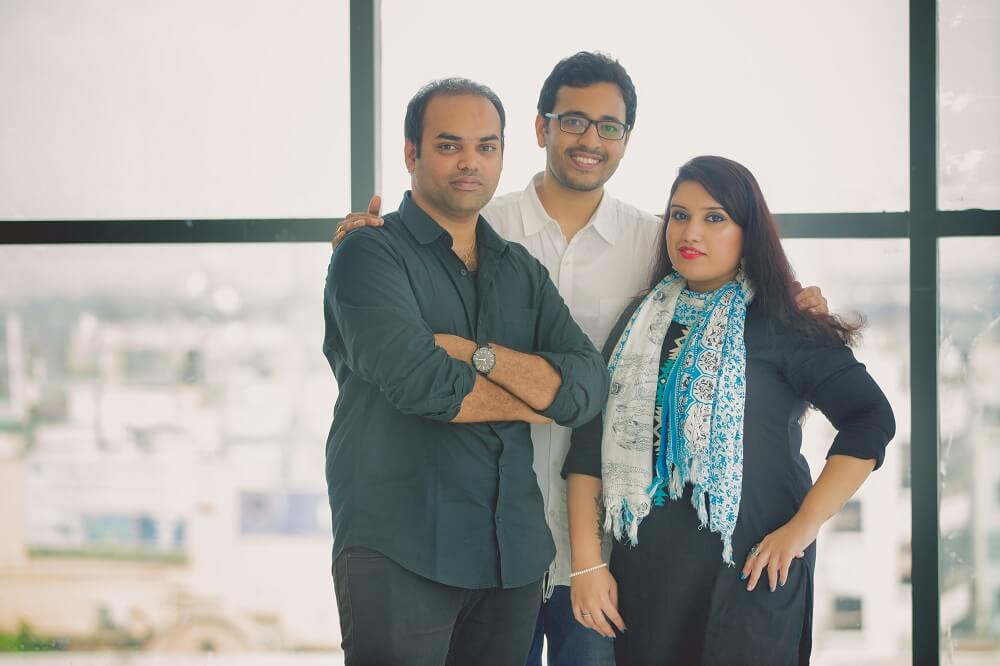 Hyderabad-based edtech startup UCLID EduLabs Pvt Ltd has raised a Seed funding round of $235K from a bunch of US-based investors at a valuation of over $1 Mn. UCLID is currently running in the alpha mode with services in Hyderabad and will make a global beta launch in April 2018.

As one of its investors stated, “The very idea of building an application that can help education scenario in not just India but across the world is what excited me the most about Uclid. I have traveled a while with the team and I love their Passion and the gutsy effort to foray in a direction which is extremely challenging. As exceedingly more number of parents are determined to provide quality education to their offsprings, I have a strong feeling that the application will be a runaway hit in any part of the globe since education is key to any Nation’s success.”

UCLID will use the raised funds to pre-launch marketing and for improving the beta version of the product.

“We at UCLID have taken it as a challenge to tap into the unexplored areas of the edtech market. Being in constant observation of various educational institutions we were able to understand the challenges faced by them in the changing times. With UCLID we wish to provide a holistic solution to the community at large when dealing with everything related to study, skill and growth,” said Bhargav Krishna, co-founder, UCLID.

After working for six to seven years with institutions providing SaaS-based edtech solutions, Anurag Shivarathri, another cofounder of UCLID, realised the need of a single platform where the different SaaS models can be clubbed together and a unified education network can be created.

As Anurag said, “The customisations don’t help much but only increase the complexity and add a cost burden to the institutions. The customer is never satisfied and there is no end to the expected tweaks in the given solution, ultimately making SaaS-based edtech as an expensive market both ways. Probably that’s the reason we don’t have any market leader in India yet when it comes to SaaS-based edtech startups.”

Thus, Anurag along with Bhargav Krishna and Sahitya Yerramsetty ideated UCLID in February 2017. UCLID is inspired from the name of ancient Greek mathematician and teacher ‘Eucleides’ also known as the father of Geometry. The founders have known each other from their college days and have always stayed connected through common ideologies and their love for art.

They started working on the prototype version, with a vision to go a step ahead of the available SaaS-based edtech solutions in the Indian market. The aim is to make a first of its kind Unified Education Network connecting institutions, teachers, students and parents to provide best-in-class, secure and compliant online solutions in a transparent and low-cost manner.

Although the concept is not new as in many parts of the US and Australia there are startups working on the similar model, but as Bhargav claimed, it will probably be the first Indian version.

UCLID founders first made an alpha launch in selected institutions in Hyderabad. Currently having a team size of 11, the platform provides facilities such as registration, student information systems, learning management and classroom collaboration, assessment, analytics and communication systems, all under one head. He further added that to date around 20K students have used the platform to connect with their peers.

“The application allows organisations to create classrooms online and enables them to connect and communicate with students and parents. The vision of UCLID is to improve transparency and efficiency by providing extremely compelling and cost-efficient solutions for the ever-growing needs in the education scene across the world,” tells Bhargav.

Edtech Industry In India: Current Scenario, Funding Status, And The Opportunity Ahead

According to a recent report by Google and KPMG, online education in India will see approximately 8x growth in the next five years. Also, it is expected that the paid user base will grow 6X from 1.6 Mn users in 2016 to 9.6 Mn users in 2021. This will have a significant impact on the edtech market that has a potential to touch $1.96 Bn by 2021 from where it stands now i.e. $247 Mn.

The factors driving this growth include rising Internet and smartphone penetration, low cost, convenience, flexibility and increased adoption of the available new technologies particularly in Tier I cities.

With increased demand to organise the education sector of India and digital revolution in the country, a lot of edtech startups catering to different niche areas have come into play. This includes a few leading ones such as CueMath, Eruditus,  Simplilearn, Toppr, BYJU’s, EduPristine, Mindler, Unacademy, Udacity, Flinnt and more.

Headquarters In Hyderabad: A Plus Point For UCLID

Hyderabad, the capital city of Telangana state, is an emerging startup ecosystem and a home to biggies like Microsoft, Facebook, and Google in India. While consumer internet companies like Uber and ecommerce unicorns such as Amazon and Flipkart have already reached there, recently YouTube also hosted a three-day pop-up space in the Ramoji Film city within Hyderabad.

Also, Hyderabad has a growing network of investors who are now open to investing in startups and is gradually rising to the level of startups hubs like Delhi/NCR and Bengaluru.

With the markets of top notch cities like Delhi, Mumbai, and Bengaluru moving towards saturation, Hyderabad brings in a kind of fresh air for the entire ecosystem. Not only is it the world’s fifth most dynamic city as per JLL City Momentum Index (CMI) 2017, but Hyderabad has also been ranked as the top Indian city in terms of the quality of life for the third year in a row, as per Mercer’s Quality of Living rankings 2017.

Thus, with UCLID founders planning to go for a global launch next year, the existing ecosystem in the city of Hyderabad will certainly help the edtech startup in strengthening its roots.

While in the foreign lands, UCLID might have to work on its strategy to fend off the existing competition, locally the startup will have to work hard on penetrating deeper particularly into the Tier II and Tier III cities. The trust investors have shown on UCLID with such an early stage funding says much. However, we believe that it will still take time for the Indian edtech to be marked as the same hotbed as the ecommerce, hyperlocal or the consumer Internet sectors.