UberEats Confident Of Catching Up With Zomato, Swiggy Due To India Market Size

UberEats Confident Of Catching Up With Zomato, Swiggy Due To India Market Size

Indian foodtech market expected to grow to $15 Bn by 2023, UberEats

UberEats is projected to do a loss of INR 762.5 Cr by Dec 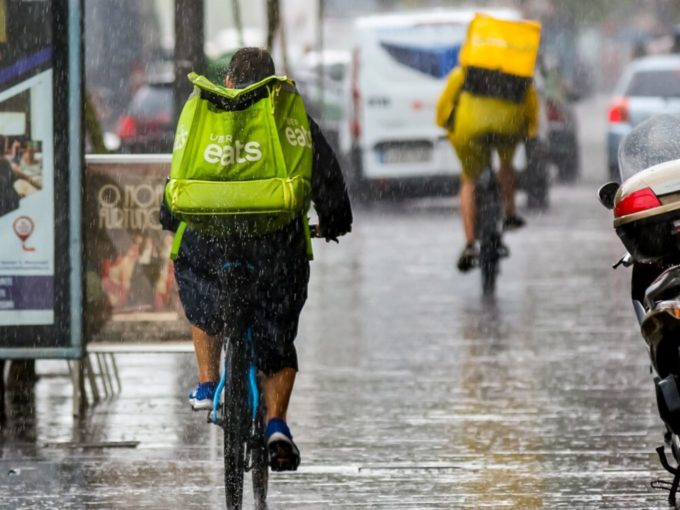 UberEats head of operations, India and South Asia, Bansi Kotecha says that there is a lot of growth potential in the Indian market and Uber is not worried. He added that the foodtech industry in India is a massive market, which is expected to reach $15 Bn by 2023. Companies are still “scratching the surface” when one considers the potential market size, he added.

He explained that there has been a shift in the use case of ordering or eating out in India. Earlier, people would prefer ordering in dinner or going out occasionally but now customers have also started ordering breakfast, lunch and snacks.

Moreover, Kotecha also said that there is enough space for everyone in the foodtech business, as long as they’re relevant. In India, UberEats directly competes with Zomato and Swiggy, with even Amazon looking to join the race by launching its own food aggregator. The UberEats executive assured that the company is “aggressively looking” to expand its presence in India.

“India is fundamental to Uber’s growth and we have a stable and massive rides business and we don’t see a reason why we can’t capitalise that business and grow Eats [UberEats] exponentially, which we [the company] have done over the last one year and we [the company] continue to do this year as well,” he added.

Kotecha claimed Uber has thousands of partners across 44 cities, but it has a lot of distance to cover to catch up to the market leaders.

UberEats regulatory filings noted that the company is expected to do a loss of INR 762.5 Cr ($107.6 Mn) from August 2019 to December 2019. according to a valuation report by KPMG affiliate BSR, Uber is targeting profitability for UberEats India by 2026.

The company has also projected a higher operating loss valuing to INR 2,197 Cr ($309.6 Mn), in the same timeframe. However, the food aggregator predicted loss is higher than that of Uber’s cab hailing service.

While Zomato and Swiggy rely on investments and funding to generate capital and compete in the high cash-burn business, Uber’s resources are expanded over ride-hailing business and the food delivery operations. This is one of the reasons why UberEats has also not been able to expand as quickly as its competitors.