Uber, in a bid to assure its seriousness about safety has introduced an SOS button for Uber passengers to immediately connect with local authorities in case of an emergency. To be noted, Uber had launched SOS button two months back and now it has announced the integration with local police control room.

When you push the SOS button, two things will happen:

The instantaneous alert contains critical trip information including exact vehicle location (tracked via GPS). This information is projected on a dedicated screen in the control room of local law enforcement which has been set up by Uber’s safety experts. This latest tech upgrade to the existing SOS feature enables the police to act within seconds of being alerted in the rare event of an emergency, when every second counts. 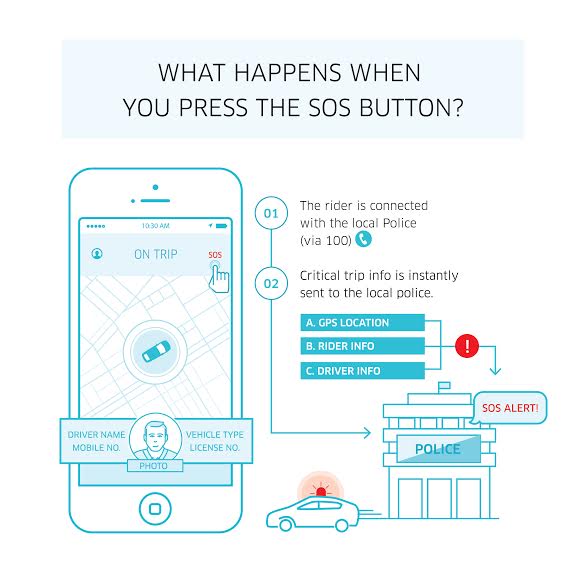 The company has just finished beta-testing the SOS button in Kolkata, one of the few states which didn’t enforce a ban on ride-hailing apps after the rape of an Uber passenger by a driver. The feature still awaits the launch. 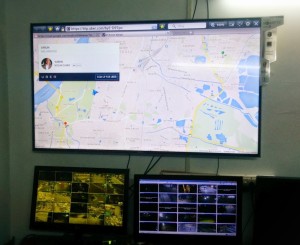 Uber also has also appointed an Indian Safety Lead, Deval Delivala. He is the director of Process at Uber, San Francisco-Silicon Valley, États-Unis.

Uber was first launched in India in August 2013. But it is only after the December 2014 rape incident, that Uber is constantly trying to assert security for its passengers; they have applied to transport authorities for a radio taxi license (not granted yet), tied up with “First Advantage” for background checking, introduced two buttons in the app: one is to send an SOS alert, and the other sends the status of the trip to friends or family,and now the latest SOS upgrade.

The former Commissioner of Police, Delhi,  BK Gupta said, “It is important that industry and law enforcement take a strong collaborative approach towards ensuring passenger safety. Uber’s efforts to this end are highly commendable; their technology solutions which bring unprecedented transparency, traceability and accountability are making moving around cities safer. Partnerships like these, where all stakeholders work together as a team with the best interests of the community at heart, will go a long way in making India safer.”