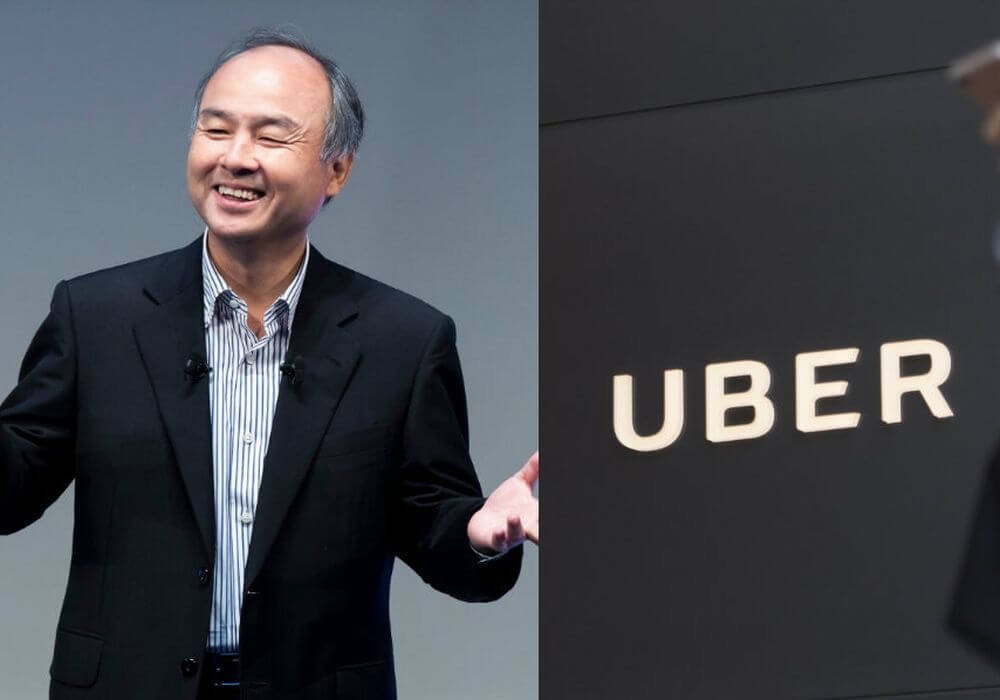 Global cab aggregator Uber is reportedly on its way to raising massive funding from Japanese investment giant, Softbank. The board of the beleaguered company recently voted in favour of the proposed investment by Softbank and Dragoneer Investment Group.

As per a report by Recode, SoftBank would likely invest $1 Bn-$1.25 Bn at a valuation of $70 Bn. According to some sources, the investment behemoth could spend up to $10 Bn to buy shares from existing investors, in a bid aimed at acquiring majority stake in the company.

The financing deal, which has not yet been finalised, is currently awaiting the approval of Softbank.

The go-ahead for the funding came after Uber’s Board of Directors unanimously passed a series of structural and administrative changes geared towards further diminishing the power of Uber co-founder and former CEO, Travis Kalanick.

Commenting on the development, a source told TechCrunch, “Today, after welcoming its new directors Ursula Burns and John Thain, the Board voted unanimously to move forward with the proposed investment by SoftBank and with governance changes that would strengthen its independence and ensure equality among all shareholders. SoftBank’s interest is an incredible vote of confidence in Uber’s business and long-term potential, and we look forward to finalizing the investment in the coming weeks.”

Other changes that have been instated include increasing the number of board seats to 17 as well as removing the super-voting rights of some shareholders like Kalanick and one of Uber’s most influential investor, Benchmark Capital.

Speaking about the newly-instituted changes, Kalanick said in a statement, “Today the Board came together collaboratively and took a major step forward in Uber’s journey to becoming a world class public company. We approved moving forward with the Softbank transaction and reached unanimous agreement on a new governance framework that will serve Uber well. Under Dara’s leadership and with strong guidance from the Board, we should expect great things ahead for Uber.”

A Year Rife With Hurdles And Controversies

Founded in August 2008 by Travis Kalanick and Garrett Camp, the San Francisco-headquartered company’s journey over the last nine years has been nothing short of dramatic. In January 2017, Uber faced a social campaign #DeleteUber after it was incorrectly perceived as trying to break a one-hour taxi strike at JFK airport.

Later it caught the ire of users after Donald Trump signed an executive order on immigration ban for Syrian refugees and blocked entry for citizens from seven predominantly Muslim countries. At that time Uber’s Travis Kalanick was on Trump’s business advisory council and this led to the extension of #DeleteUber.

Following all these allegations, Travis Kalanick stepped down as CEO under investor pressure on June 20, amidst pressure from other shareholders. Since then, Kalanick has also been sued by early investor Benchmark Capital accusing him of fraud, breach of contract and breach of fiduciary duty.

Later in August, Uber found the captain of its ship in Dara Khosrowshahi, who led the online travel company Expedia at that time. The cab aggregator is currently facing a ban in London. When the news surfaced that the transport authority for London would not be renewing Uber’s license to operate in the city, Khosrowshahi in an open letter said, “On behalf of everyone at Uber globally, I apologize for the mistakes we’ve made.”

Most recently, a Texas-based investor of the cab aggregator made headlines for suing Uber Technologies and Kalanick for “covering up a series of ‘illicit business tactics’ while raising funds, leading to billions of dollars in losses for the ride-hailing giant’s investors.”

At the end of 2016, Uber’s net revenue reached $6.5 Bn; an impressive number if we don’t consider the $2.8 Bn losses it encountered during the same period. In the case of India, total revenue reported in FY15 was only $3 Mn (INR 18.7 Cr) higher than losses incurred.

Since selling its Chinese operations to Beijing-based Didi Chuxing and merging with Yandex in Russia, however, Uber has started focussing its efforts on capturing the Indian market, which is currently populated by home-bred giants like Ola and traditional taxi associations. Last year, for instance, it promised to infuse a substantial portion of the $3.5 Bn it raised from the Public Investment Fund of Saudi Arabia into Uber India.

Since June 2016, the company’s presence in India has grown 2.5x in terms of the number of trips as well as total merchandise volume, as claimed by Uber India head Amit Jain in an interview with Livemint. To solidify its presence in India, the cab-hailing startup started the pilot of UberPASS in selected metro cities, thanks to which cab riders can now avail discounted fares and a variety of exclusive benefits. This includes choosing the top-rated drivers, waiver on cancellation charges, exclusive access to premium products and features and more.

It has also forayed into food delivery with UberEATS service, which gives local restaurants a delivery option. The company also claims that it has appointed hundreds of delivery partners to make UberEATS a success. Meanwhile, PM Narendra Modi is planning to team up with cab sharing companies, including Uber in an attempt to reduce traffic congestion. The three-month trial will allow the government to access ways to reduce private car ownership in the country.

Back in July, the Indian arm of the ride-hailing company announced the integration of the Unified Payment Interface (UPI) on its platform. The facility was integrated to allow riders who already have virtual payment addresses for UPI transactions pay for their rides using the bank-to-bank payment platform.

Is Consolidation In The Indian Cab Aggregator Market Imminent?

In September, SoftBank Vision Fund CEO Rajeev Misra made an interesting statement about the Japanese conglomerate’s intentions towards making peace between rivals Ola and Uber.

He said at the time, “We have owned the stake in Ola since 2014 and it does send conflicting signals. But we are hoping that we make peace between them at some point. Whether we do it (consolidate the market) or not, consolidation is a part of human evolution. On the Internet, the winner takes all. You have to emerge as the winner or merge with the winner. There is no room for a No. 3. Look at mature markets like China and the US, some do not even have a No. 2 player.”

Interestingly, the news of Softbank’s proposed financing in Uber comes only a day after the Masayoshi Son-led investment firm infused fresh funds in the homegrown cab aggregator Ola. The $2 Bn round also saw participation from Tencent, a VC fund jointly run by the University of California’s investment arm, Ratan Tata and a number of US-based institutional investors.

If Softbank chooses to back Ola’s biggest rival Uber, the likelihood of a consolidation in the country’s $10 Bn ride-hailing market would increase multifold. However, whether a merger between Ola and Uber India will actually come to fruition is something that remains to be seen.