The Venture Fund Will Back Technologies Across Sectors Like Real Estate, Ecommerce 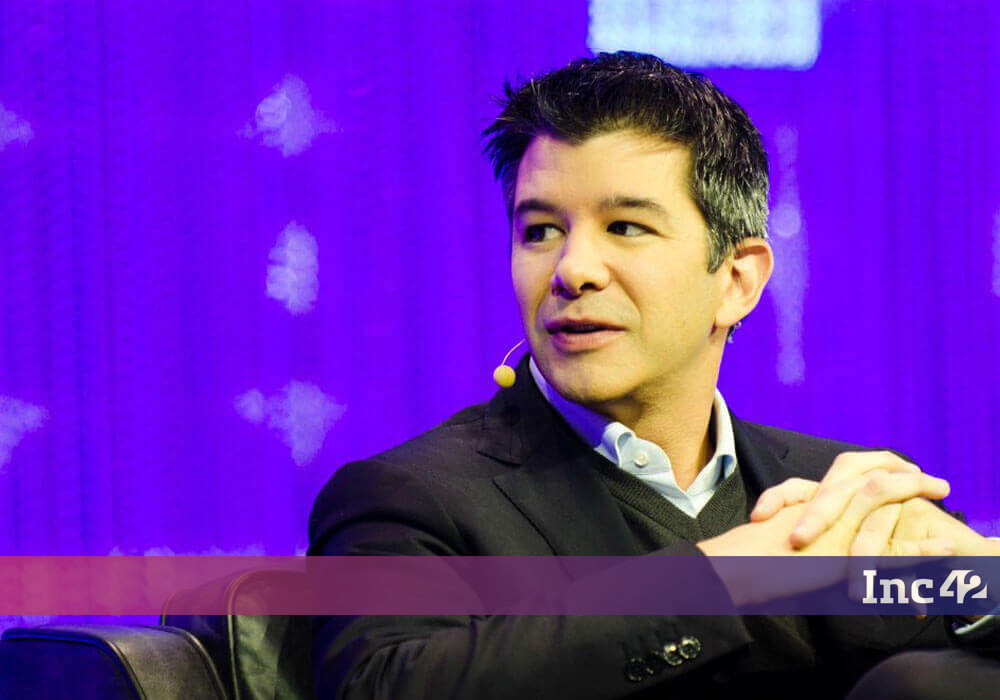 After a brief absence from the public eye, Uber co-founder and former CEO Travis Kalanick has launched a new venture investment fund called 10100, which will reportedly focus on backing innovative technologies in emerging markets like India and China.

Kalanick, who was ousted as the global cab aggregator’s CEO last year amidst increasing investor pressure, announced the launch of 10100 on Twitter. 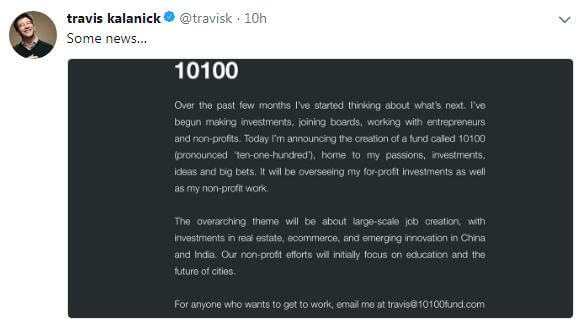 In the post on social media, Kalanick informed that after stepping down from his role at Uber, he had begun “making investments, joining boards, working with entrepreneurs and non-profits”.

The venture fund will cater to Kalanick’s for-profit investments as well as not-for-profit work, the tweet further stated.

He added that the theme of the fund will be “large-scale job creation with investments in real estate, ecommerce and emerging innovation in India and China.”

The non-profit arm of the fund will initially “focus on education and the future of cities.”

However, there was no information about the size of the venture fund or the number and ticket size of investments that it will make.

Also, recently, reports surfaced that Travis Kalanick joined the board of medical office software company Kareo. This was the first business responsibility, beyond Uber’s Board, since his scandalous exit from the ride-hailing company.

In January 2018, it was reported that Kalanick might sell a third of his shares in Uber to SoftBank for about $1.4 Bn. Kalanick founded Uber in 2009 along with Garrett Camp. The company has since then expanded dynamically.

However, Travis Kalanick left Uber last June after a year full of scandals that started with Susan Fowler’s revelations of the company’s sexist culture. He remains on Uber’s board of directors, and currently owns about 10% of the cab aggregator. You can read here the complete list of scandals which Uber has been embroiled in 2017.

During his recent two-day visit to India,  the new Uber CEO Dara Khosrowshahi told Amitabh Kant, CEO of NITI Aayog, “We continue to make aggressive strides in India and we consider India as one of our forts. How we perform as a company after 10 years very much depends on our success in India.”

The announcement on a new investment venture fund by Travis Kalanick comes as a fresh chance for the ex-Uber CEO to revive his image after the scandalous exit.