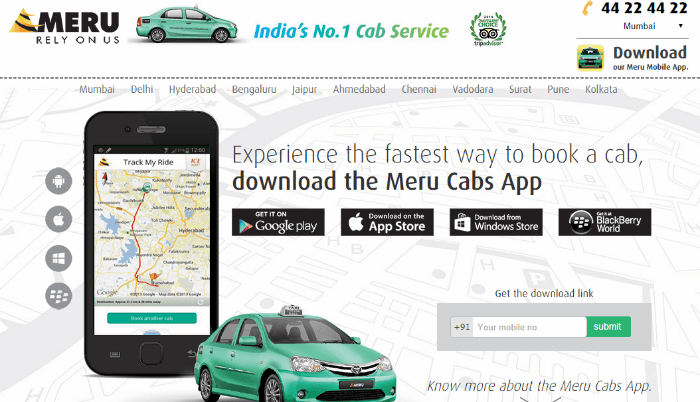 The app based taxi service provider market has seen lot of action in the past few weeks. Last week, there were rumors that Ola is in talks with TaxiForSure for a possible acquisition, however, TaxiForSure’s CEO later declined any such news.

Now, there are rumors surfacing media regarding Uber planning to buy a majority stake in radio taxi provider Meru Cabs in order to boost its market share in India.

At present, Meru Cabs is valued at around $400 Mn of which, around 80% stake in Meru Cabs is owned by India Value Fund Advisors (IVFA). IVFA since long was looking at somehow monetising its investment in Meru Cabs. And, if the deal is successful, IVFA might sell a part of their stake and also, a fresh equity can also be issued in order to put more money into Meru Cabs.

Mumbai-based Meru cabs was founded by Neeraj Gupta in 2011 and currently, it has operations in 15 cities and looking forward to expand its operations in other cities as well.

Uber was founded in 2009 and began its operations in San Francisco from June 2010. As of today, Uber provides its service in 53 countries and more than 200 cities worldwide and is valued at close to $40 Bn. Its list of investors runs long and includes big names such as Bezos Expedition and Goldman Sach.