Dara Khosrowshahi, Besides Having A Twitter Banter With Elon Musk, Termed India As Uber's Laboratory Market And Modi His Favourite Entrepreneur 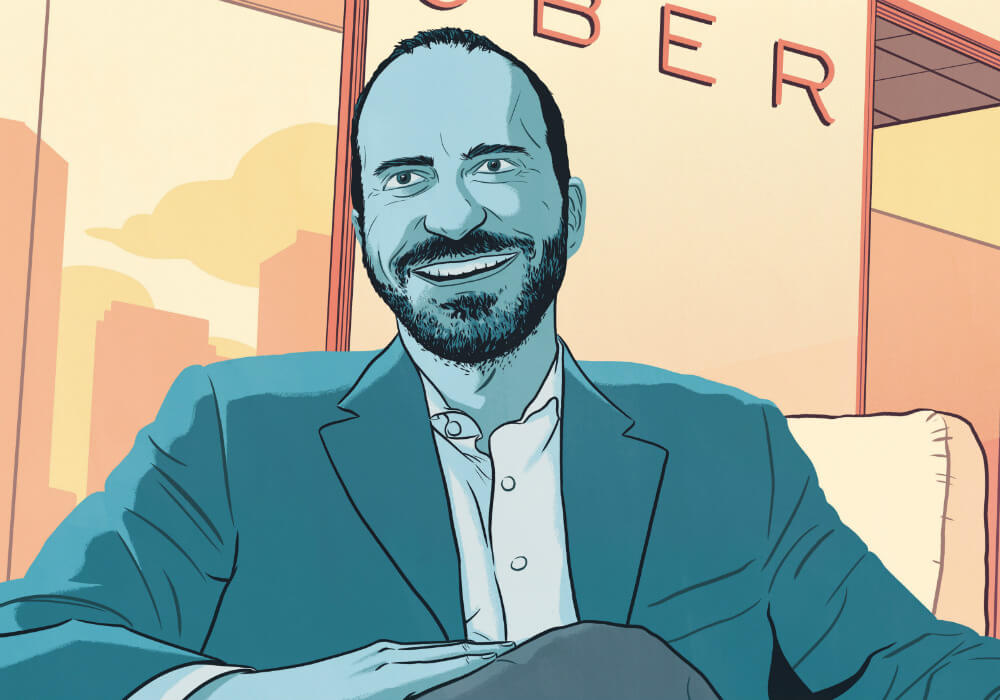 From #DeleteUber campaign that resulted into the removal of 500K Uber subscribers to facing a number of federal investigations, the initial days of Uber CEO Dara Khosrowshahi at San Francisco weren’t easy and were rather ‘disappointing and highly unusual’. However, Dara Khosrowshahi, as evident from his India visit, is up for a long drive — from icy highways in Austria to flying taxis world over.

On a two-day long trip to India, Dara, besides having a Twitter banter with Elon Musk, termed India as the ‘laboratory market’ to test its products that could be implemented globally.

While it was Donald Trump Jr who was quite vocal about India’s startup ecosystem, having said, “There is an entrepreneurial spirit in India that is different than elsewhere in the world,” Dara choose an uberly high ride, “PM Narendra Modi is my favourite entrepreneur.”

Let’s take look at his India-ride!

He further said, “What the PM Modi is doing in terms of pushing the country forward with a global view, pushing progressive reforms forward, and keeping India open and you can see the optimism in the way the economy is going, it is remarkable; to be an entrepreneur at scale is a skill that hopefully I can find as I take over Uber and look to scale and take it forward.”

Dara Vs Musk: Who Will Take Lead In The Air Race?

On his India-ride, Dara, leaving no stone unturned, challenged Elon Musk, “Why do you need to dig tunnels for @HyperloopOne @hyperlooptt when you can fly?”

The cab-hailing platform Uber has lately been working on self-driving and flying taxi projects to improve efficacy and avoid traffic glitches. The company has also partnered with NASA to create an air traffic control system for the same.

However, that didn’t go well with Elon Musk, who wants jets to be the ultimate medium for air-rides. Musk responded, “If you love drones above your house, you’ll really love vast numbers of ‘cars’ flying over your head that are 1,000 times bigger and noisier and blow away anything that isn’t nailed down when they land.” 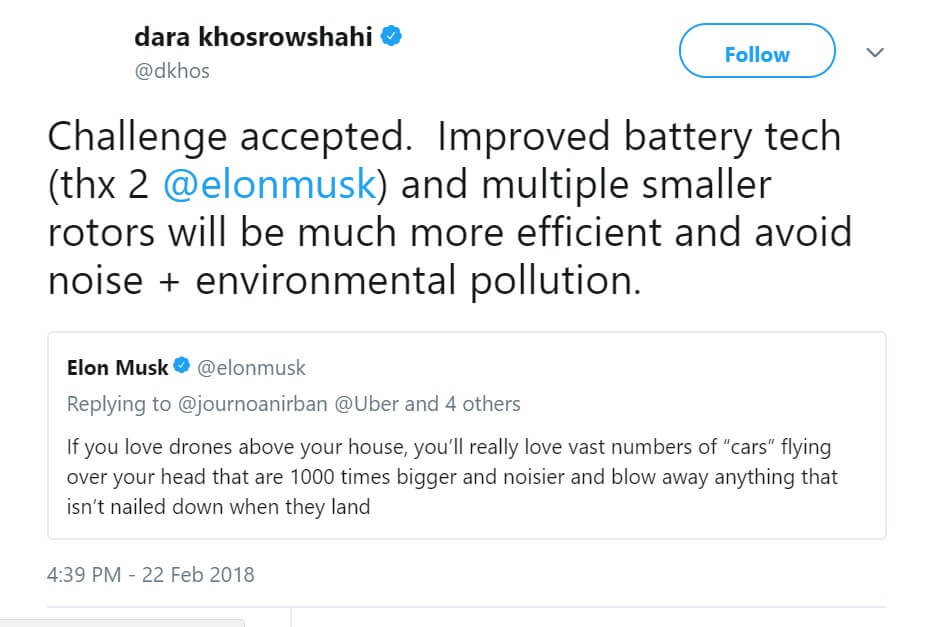 Dara Khosrowshahi averred that India is Uber’s ‘core market’ and is essentially a lab to test the company’s upcoming projects that could further be implemented in other developing country markets such as Brazil and Argentina.

Dara stated, “Uber will increase its investments in Indian engineering talent. We want to quadruple or quintuple the number of engineers here this year and then further beyond. We want to be here not only for mobility solution, but also to source technology talent.”

Speaking of his vision for India, the CEO averred, “We continue to make aggressive strides in India and we consider India as one of our forts. How we perform as a company after 10 years very much depends on our success in India.”

Khosrowshahi said he wants to make Uber the Amazon of mobility. “Starting with cars moving people, we want to ultimately become a platform where any provider of mobility can plug into our system and use our payment system and offer all kinds of transportation,” added Khosrowshahi.

He stated, “Indian customers are very different. They insist on very high-quality service at a very cheap cost. India can help us set the stage for next 6 Bn consumers. If we can do business in India, we can do it anywhere in the world.”

On regulations in India, Dara said that Uber respects the regulations of the cities and the states in which it is doing business. That said, it is a scale game. Uber’s role is to reduce the cost of mobility and make it available for everyone, everywhere and that requires us to relentlessly lower cost.

“We want to put the maximum part of the dollar earned in the pockets of our driver partners. Every piece of regulation adds complexity to the system and introduces friction into that process and ultimately, that leads to an increase in the prices. The more consistent the regulations are and the more national the regulations are; the lower the cost of mobility,” he added.

Currently present in 29 cities across India, as opposed to Ola’s 110 city coverage, Uber’s focus at the moment is to perfect its products and services for the Indian market, claimed Khosrowshahi.