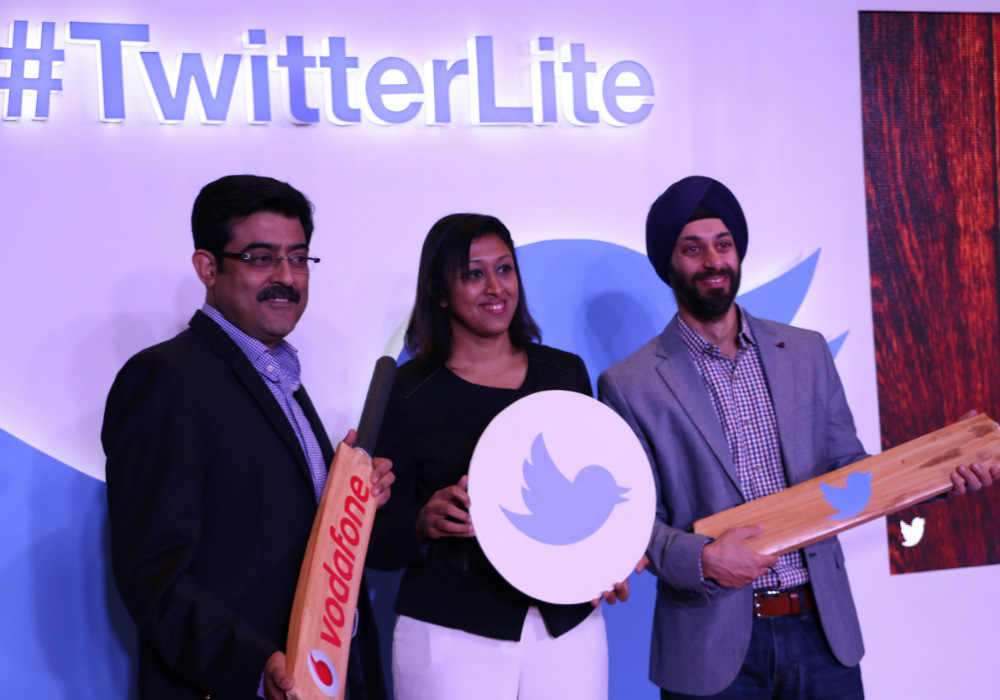 Micro-blogging platform Twitter has launched a light version called ‘Twitter Lite’. The global launch of the product commenced from India.

At the launch Maya Hari, Managing Director, Twitter Asia Pacific, said, “India, today, is already one of Twitter’s largest and fastest growing audience markets worldwide and we’ve seen significant usage around key moments in Indian society such as the recent State Elections, Union Budget, and the Jio FilmFare Awards. We’ve taken feedback from our Indian users to make Twitter Lite a faster, more affordable way to use Twitter all over the country, especially for people that have slow mobile connections and expensive data plans.”

Twitter Lite is a new mobile web experience accessible to a user on a browser via a smartphone or a tablet.

Last year, during the IPL season, the platform witnessed over 10.6 Mn tweets related to the sport. In order to gain similar traction from cricket fans this year, Twitter has partnered with Vodafone, the presenting sponsor of the IPL, which began yesterday. As the first global launch partner for Twitter Lite, Vodafone will provide a customised timeline of top cricket-related Tweets available via Twitter Lite to its smartphone customers throughout the T20 season.

Avneesh Khosla, Executive Vice President, Products & Services, Vodafone India said, “It (Twitter Lite) will enable our customers to access a selection of curated Twitter content in their areas of interest – first with cricket and more to come across other genres.”

Twitter Lite is globally available via mobile.twitter.com and makes Twitter more accessible as one does not require an App Store or Google Play account to access it. It supports 42 languages including six Indian languages: Hindi, Bengali, Kannada, Tamil, Gujarati, and Marathi.

Beyond the specially curated Twitter timeline from the Vodafone partnership, sports fans can use Twitter Lite to get score updates, access to experts, match interviews and more cricket-related info on Twitter from other content partners such as Cricbuzz and ESPNcricInfo, throughout the T20 season. Over the course of time, these services will be further diversified. The Indian launch will be followed by partnership announcements in Indonesia and Philippines.

Facebook came up with Facebook Lite, an app designed to serve people a faster experience on slower mobile networks and Android phones around the world, in June 2015.

Talking about the launch Arvinder Gujral- Senior Director, Business Development, Twitter Asia Pacific said that launching a lighter version was not a race. He said, “The time seems right for Twitter as it can see a big number of users that access the platform via web and the team is now simplifying access via the ‘Lite’ version to bridge the gap and make Twitter more accessible.” He declined to disclose the number of users in the country.