It also suspended more than 29,939 accounts for non-consensual nudity and child sexual exploitation and similar content Twitter reported a total of 158 complaints, mainly dealing with abuse/harassment (75), hateful conduct (25) and misinformation (16), between September 26 and October 25 in 2021. Twitter took action on a total of 604 URLs; this number is higher because each grievance may identify multiple items like different tweets and accounts.

This number is much lower than the 867 complaints processed in the previous period between August 26 to September 25, when 867 grievances were processed, resulting in action taken against 339 URLs. 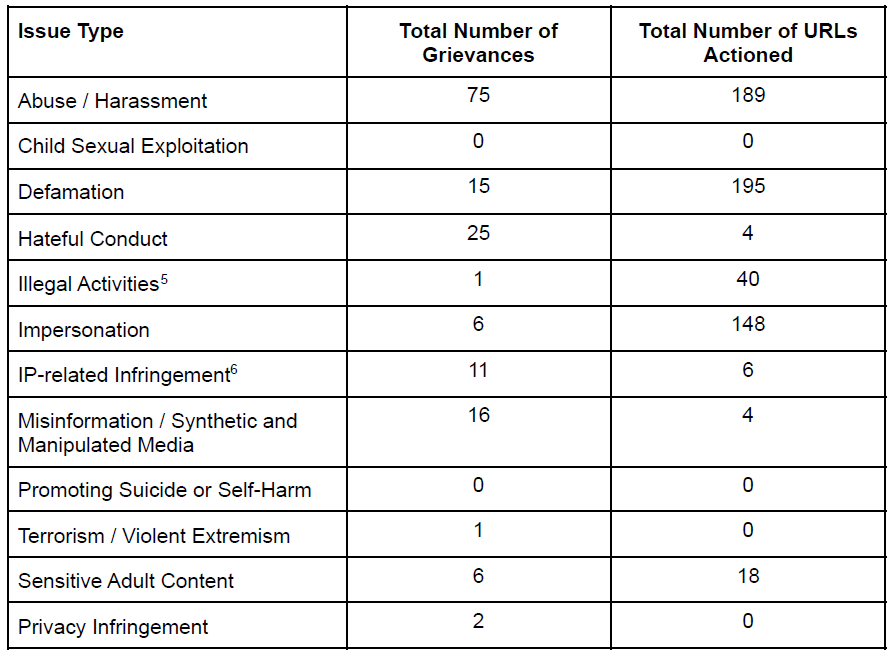 Twitter’s compliance report comes in-line with Information Technology (Intermediary Guidelines and Digital Media Ethics Code) Rules, 2021, where social media platforms with more than 5 Mn users, are required to publish a monthly compliance report. It should include details of complaints from users via the India grievance mechanism as well as information about platforms’ proactive monitoring efforts.

Between September and October, Twitter also processed 40 appeals over account suspensions and resolved all of them, overturning only 6 account suspensions based on the available information. The compliance report added that the company also received 19 requests related to general questions about Twitter during the reporting period

Twitter also has many measures in place to proactively monitor content and flag them for featuring child sexual abuse material (CSAM). This includes media, text, illustrations and computer-generated images on the Twitter feed and in direct messages.

The social media platform also uses the same technology and tools to monitor content related to or promotes terrorist activity and responds in the same manner. Twitter suspended more than 29,939 accounts for non-consensual nudity and child sexual exploitation and similar content. It also suspended 4,072 accounts for the promotion of terrorism.