Last year, Twitter had suspended the account of Ranaut’s sister Rangoli Chandel for spreading hatred against a community

Twitter had suspended the accounts for glorifying violence, which goes against the platform’s rules 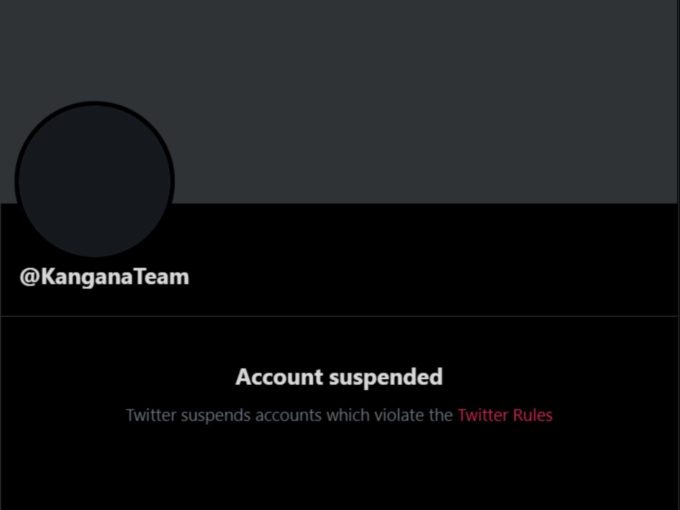 Bollywood actor Kangana Ranaut’s Twitter account has been permanently suspended by the platform after a series of controversial tweets against Trinamool Congress (TMC) chief Mamata Banerjee, which violated the guidelines of the social media network. Ranaut has been in news for her controversial tweets in the past as well.

A Twitter spokesperson confirmed the development, saying that Ranaut’s account permanently suspended for repeated violations of Twitter Rules. “We’ve been clear that we’ll take strong enforcement action on behavior that has the potential to lead to offline harm,” the microblogging platform added.

In the recent tweets, Ranaut had demanded president rule in the state of West Bengal after TMC won the recent assembly elections in the state, while comparing the politician to an unleashed monster. Further, she said that no violence was reported from Assam and Puducherry where Bharatiya Janata Party (BJP) won, but ‘hundreds of murders and #Bengalisburning’ after TMC won in Bengal.

Ranaut had also urged Prime Minister Narendra Modi to “tame” Banerjee using his “Virat Roop” (universal form) from “early 2000s” in Bengal and impose emergency. Many believe that Ranaut’s tweet was in reference to the communal riots in Gujarat that led to the death of 1,000+ people in 2002, when Modi was the chief minister of the state. 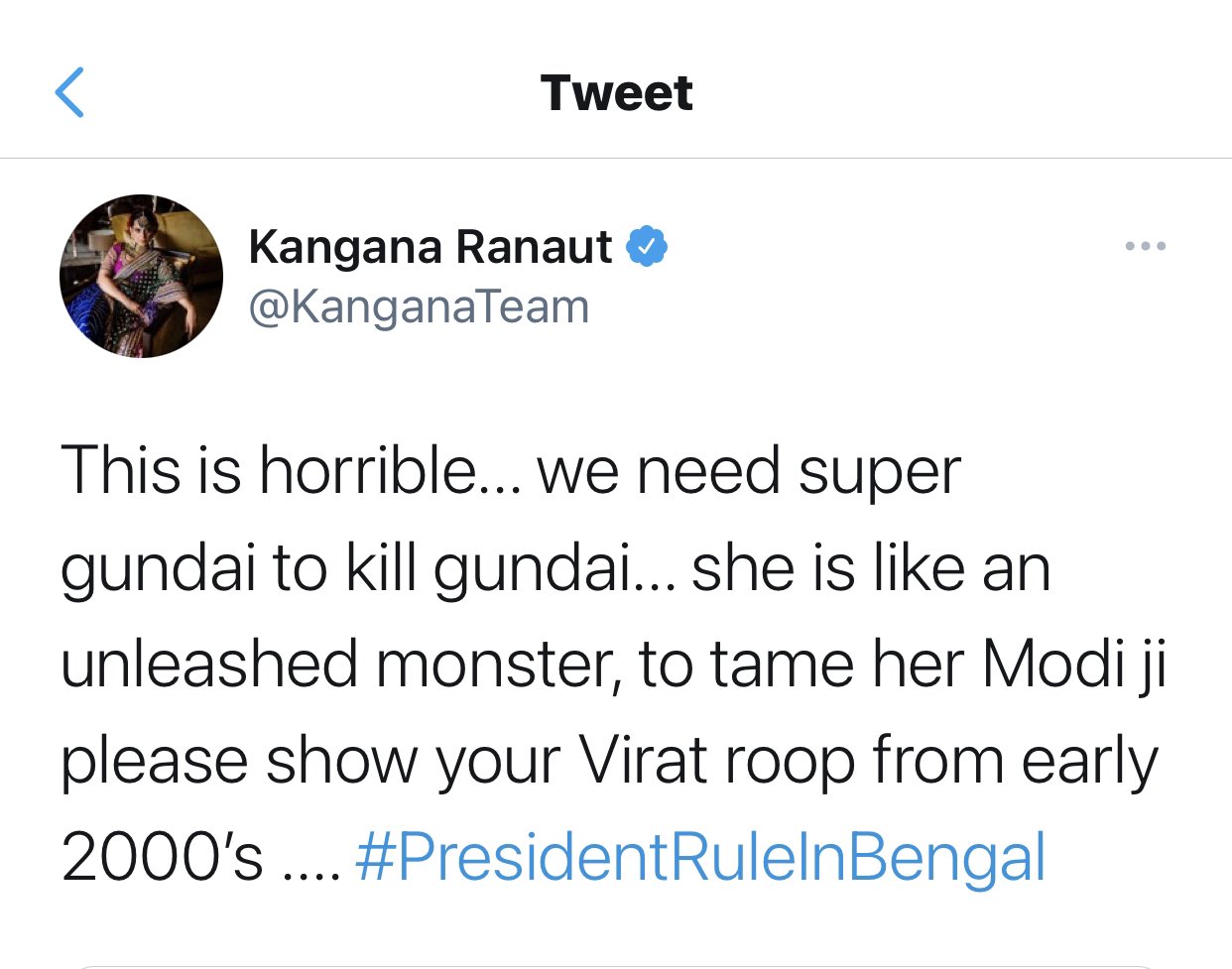 Last year in April, Twitter had suspended the account of Ranaut’s sister Rangoli Chandel for spreading hatred against a particular community. She, while comparing herself to a “Nazi”, demanded mass shooting of members of a particular religious community and secular media.

According to Twitter rules, “Glorifying violent acts could inspire others to take part in similar acts of violence. Additionally, glorifying violent events where people were targeted on the basis of their protected characteristics (including: race, ethnicity, national origin, sexual orientation, gender, gender identity, religious affiliation, age, disability, or serious disease) could incite or lead to further violence motivated by hatred and intolerance. For these reasons, we have a policy against content that glorifies acts of violence in a way that may inspire others to replicate those violent acts and cause real offline harm, or events where members of a protected group were the primary targets or victims.”

While Ranaut did violate the platform’s guidelines, Twitter has been suspending several accounts on the directives of the government for other flimsy reasons. For instance, the company recently published 50 posts and URLs that are critical of the government’s role in handling the current medical crises in India or spreading fake news around the pandemic.

Twitter was directed to do so by the IT ministry, on the recommendation of the home ministry “to prevent the obstructions in the fight against the pandemic” and disruption of the public order due to the said posts.

However, a report by Harvard University project Lumen Database, which documents such takedown requests made by the government, highlighted that several suspended tweets belonged to a Twitter handle promoting TMC’s Banerjee amid an assembly election in the state. Other profiles include tweets by Member of Parliament (MP) Revanth Reddy, West Bengal MLA Moloy Ghatak, actor Vineet Kumar Singh, and filmmakers Vinod Kapri and Avinash Das.

Last year, Twitter India suspended more than 500 accounts as well as tweets to restrain the spread of misinformation and inflammatory content related to the farmers’ protests going on in the country. This action was also taken on the orders of Indian government as well. The government had claimed that the accounts were posting content provoking separatist sentiment, or being run by organisations or individuals in Pakistan, and allegedly spreading misinformation about farmer protests as well as the controversial farm laws.

Twitter claimed that it did not take any action on accounts belonging to news media entities, journalists, activists and politicians, despite being directed by the government. However, it did withhold several such accounts like Twitter handles of farmers organisation Kisan Ekta Morcha and Indian publication Caravan, along with several individuals, for several hours last year after the government’s orders.