Trust And Communication: Snapdeal’s Kunal Bahl, Rohit Bansal On What It Means To Be Cofounders

Trust And Communication: Snapdeal’s Kunal Bahl, Rohit Bansal On What It Means To Be Cofounders

Snapdeal founders have invested in over 70 companies together 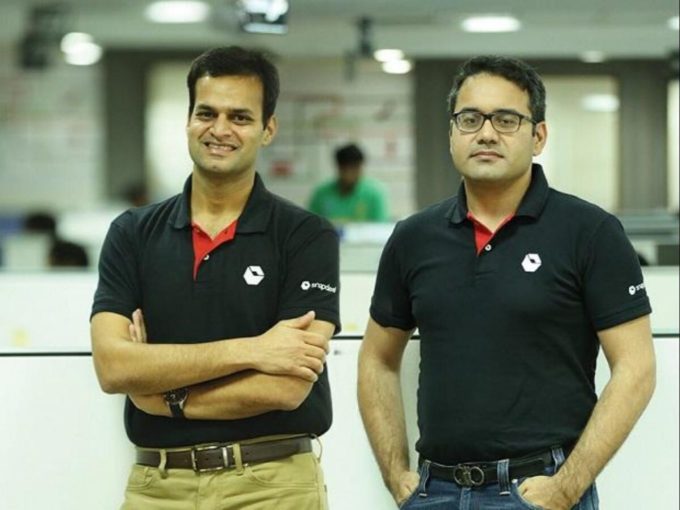 One of the most important ingredients in the success of any business is the relationship between those at the very top. For startups, this is often cofounders. With their hectic schedules, extensive brainstorming sessions and the responsibility to run the business, conflicts are bound to happen between founders. Conflict resolution through trust and communication is the most important factor, according to Snapdeal founders Kunal Bahl and Rohit Bansal.

Talking about their journey with Snapdeal, from starting off to scaling it up and tackling the lows and bouncing back, Bahl and Bansal opened up on the camaraderie, the coordination and the partnership that’s essential between cofounders when it comes to handling any business.

Many businesses have suffered due to conflict between founders. As per a report by the startup journal, 62% of startups fail due to a conflict between the founding team. The conflicts mostly arise out of idea execution and job roles, among other internal issues. But for Bansal and Bahl, this was never the case

The duo had known each other 11 years prior to starting Snapdeal in 2010, and cherish the work-life balance that the company espouses and believe in resolving conflicts through dialogues. Bansal noted that startup founders need to have strong opinions and bridging these differences of opinion is half the game.

Citing lessons learnt from their journey, Bansal highlighted toymaker Lego’s story of a bounceback from the brink in 2003, “Most companies die due to indigestion of good ideas than from starvation of good ideas. Very successful and innovative companies can do one — at best two — fresh things in a year.”

He also noted that their journey at Snapdeal has taught the founders that more ideas don’t guarantee success. He emphasised on the importance of finishing projects that are underway, before starting anything new.

“It’s always really exciting to keep starting new things, but if you don’t see anything to the end. It’s not going to add any value to the business,” Bansal noted.

Bansal highlighted that as founders the duo ensures that at any given time, they are working on only two or three important things. “If we want to start something new, which is very exciting, we put a rule upon ourselves that we need to shelf one of the ongoing tasks, to pick out another one,” he noted.

Bahl added that “over-communication” is another factor that has come in handy for Snapdeal. “We probably spend at least a third of our time communicating internally. I am sure our team is getting sick of hearing the same things from us.”

He specified that the rest team is encouraged to ask anything from the founders, whether it’s about any decision, funding or utilisation of funds, regulatory changes.

Talking about the red flags for startups, Bahl and Bansal said entrepreneurs need to look at raising capital to scale business and now scale the business just to raise capital.

Besides taking Snapdeal through the highs and lows, the two also follow each other when it comes to investing in other companies. In 2019, Bahl and Bansal launched an investment vehicle, Titan Capital, to invest in entrepreneurs looking to create a wide-scale positive impact on India and the world. Bansal and Bahl have been angel investing in companies for a long time and these investments now come under Titan Capital.

So far, the duo has invested in over 70 startups including Ola, Snapdeal, Mamaearth, Urban Company. Titan Capital’s website also highlights that their portfolio companies have raised over $4 Bn from 100 institutional investors in follow-on rounds.

“We have not done a single investment, in which both of us are not present. There is no conflict of interest at all,” Bahl noted.