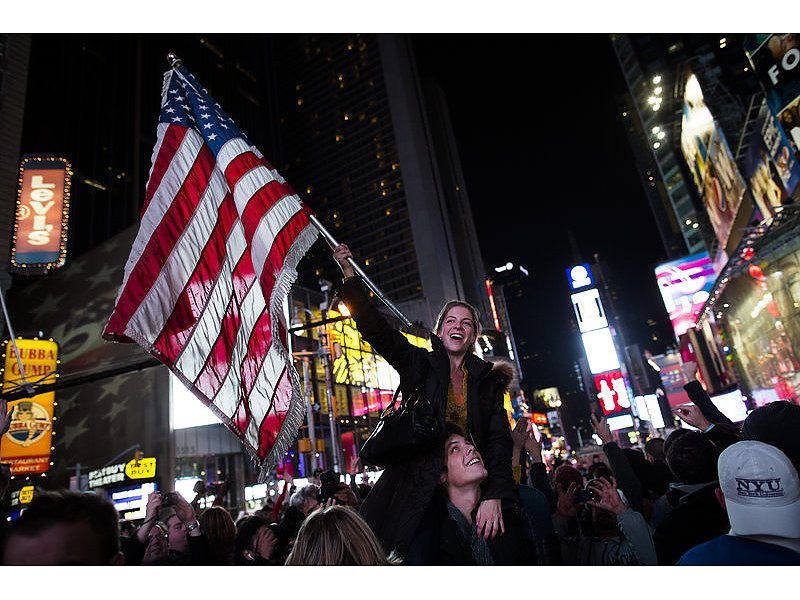 So, the election is over. Barack Obama is re-elected. And more importantly, we can all now get back to the other important things in our lives. After weeks and months of rooting for a leader who won’t ever have any level of bearing on our lives in a country far far away, there is a sense of vindication as if to convey that one of our own has triumphed — the kind of feeling the Gandhis would get when Rahul Gandhi finally manages to become Student Council President, at a college named after Rajiv Gandhi. But following these elections very closely for months was compelling, and often marked by a sense of wanting to belong to a country which could boast of such a top notch electoral process. The backdrop of a beleaguered economy clawing back was perhaps the most significant undertone throughout the race.

Amidst the spirited rhetoric from both sides, it is easy to forget that sailing over these troubled waters is hardly a one man effort. The enormity of the challenges ahead and the perils of the path are often buried under the illusory carpet of extravagant adjectives. We all remember the extraordinary events that unfolded in 2008 and the unprecedented rise of an eloquent visionary senator from Illinois, to the White House.  For the last four years, enthusiasts world over have ascribed supernatural aspirations to the man who was then touted to be a Messiah who could single-handedly accomplish the arduous task of reviving a tattering economy. Blame it on his gift of the gab, or the weight of his promises, but there’s no denying that the expectations rose to such a crescendo that anything less than the President wielding a magic wand and wishing away all the troubles, would have been deemed a disappointment. Who would’ve thought that the man’s unparalleled gift could be his undoing ? We now know it very nearly was.

Under the circumstances, branding him as a verbose and inept leader was perhaps the easiest way of attack for his political adversaries. It is true that expectations are quite naturally emboldened by the show of such promise, but nobody except the mentally mawkish could have possibly expected a return to the Clinton-esque hegemony of the American economy in less than 4 years time. This is where pragmatism is often overlooked as a consequence of the utopia anticipated. The achievements may play second fiddle to the ‘disappointments’ for now but this term being quite unlike any other regular Presidential term, the enduring path for the future and the ideas of the incumbents as opposed to the conservative adversaries, become all the more noteworthy.

As evidenced prominently in the first of the three Presidential debates, anti incumbent din is no measure of the opponent’s competence. Romney may have laughed his way back into his camp after the lights went off that night, but the inevitability of the anti incumbents taking the hard line to those in the much tougher positions of power under the circumstances, was well noted. That is why debates can only to an extent, be valid yardsticks for leadership judgment. It is easy and plausible to hoodwink a desperate electorate into believing in pseudo-quick-fix solutions and tapping into their economic desolation brandishing the business card. Infinitely more difficult is the task of convincing them to take the harder but necessary way out. In this race of course, Obama’s case was largely helped by a stuttering and uncertain adversary and one who could very easily and detrimentally be portrayed as the resident of a glass palace. The countless flip-flops, the gaffes at major junctions in the debates, and an insipid demeanour all pleasantly favouring the ideologically stable incumbent. The margin of over a 100 electoral votes in the context of a 7.9% unemployment rate is almost ethereal, especially in a country like the USA whose people are normally swayed easily by the winds of the season. The starkly different milieu and the demanding agendas on hand made this victory significantly different from the one in 2008 which epitomized the passing of the baton to a new ideological school of thought in American politics ( a much needed shift from the reckless ways of the war mongering Republicans in the eight years prior to that ). But given the scale of the odds against them, this win ranks no less than the one four years ago.

So what do we Indians, as the most populous democracy on earth take note of, from an election that’s yielded remarkable clarity on a plethora of issues ? The biggest lesson one could take, is the ever imperative need for inclusiveness in democratic polity. One of the major contributing factors to Obama’s all pervading impression was not just his willingness to accept people from all spheres and walks of life, but also his penchant to be their champion. The idea is so disarmingly fundamental and yet, there is much clamour about so much else. Perhaps there’s a subtle message to our mainstream parties there somewhere, that pandering to an assumed majority group is far from a guaranteed success. Obsolete slogans and retrograde policies seldom merit acceptance. Wonder if the saffron brigade are watching!

It is unlikely that ever again in our lives, we’ll get to follow and root for a political leader who arouses such collective yearning of millions of ordinary people across continents. It is also unlikely that we will ever again follow a presidential election in a country thousands of miles away with equivalent vigour and root for a man as avidly as most of us did this time around. The ultimate coronation of a leader is achieved when the horizons of reach are broadened, when the message of hope and peace transcends petty geographical and cultural boundaries, and reaches out to the remotest of supporters who speak the same language.

I’m not sure if Obama can accomplish all that he’s promised in the next four years. But one thing is for certain : the world’s most powerful country couldn’t have been in better hands.