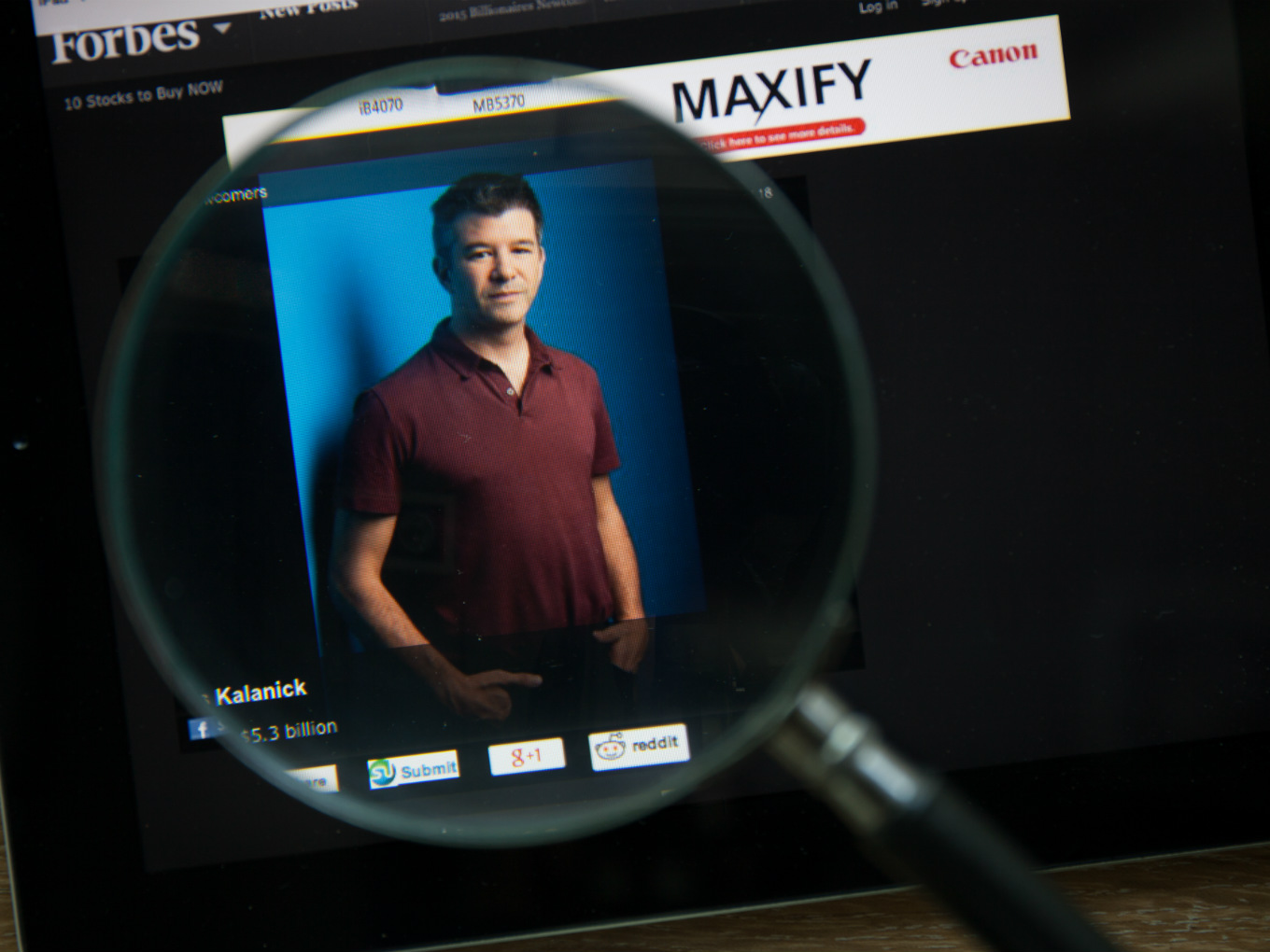 The cofounder and former CEO of Uber, Travis Kalanick, who resigned from the ride-hailing company in 2017 following a series of scandals, is quietly making a niche in the kitchen rental space — a market which Uber aspires to dominate in the near future.

The 42-year-old Kalanick’s real-estate company, City Storage Systems (CSS), has been aggressive in expanding its main business of renting kitchen space to restaurateurs and popular food brands in Los Angeles. Although Kalanick hasn’t made any official statement as such, his latest foray puts him in direct competition with Uber’s “virtual restaurants” program.

Nine months after he resigned from Uber, Kalanick started his second stint as the CEO of City Storage Systems (formerly called, CloudKitchens), with an investment of $150 Mn. His investment in CSS is made from his new investment fund, called 10100 Fund, which he had set up in March 2018.

At the time Kalanick bought a major share in the Los Angeles-based CSS, the startup had 15 employees. It was launched in 2016 by Diego Berdakin. CSS mainly focuses on providing a new lease of life to the distressed real-estate assets, like parking lots or abandoned malls, and turns it into food delivery or online retail spaces. It then provides infrastructure and software to enable food operators to open delivery-only locations, and equips them with an app for the restaurant to track sales and CSS takes a cut from each order on top of a monthly fee for leasing the space.

Kalanick’s time at Uber was marked with public scandals and accusations of unhealthy work culture. At the time that Kalanick stepped down from Uber, he wrote in a statement: “I love Uber more than anything in the world and at this difficult moment in my personal life I have accepted the investors request to step aside so that Uber can go back to building rather than be distracted with another fight.”

Ever since Kalanick took over as CEO of CSS, he has caught Uber’s attention not only for its CloudKitchens rental service but also for hiring former employees from Uber. A Bloomberg report citing sources, suggests that Uber has already issued a warning to Kalanick, instructing him not to recruit its staff.

So much so that even Uber’s food delivery team has reportedly begun leasing real-estate space in Paris.

“It (Uber) has been stocking the space with ovens, refrigerators, sinks, stoves and other appliances, and renting them out to restaurateurs planning eateries that cater exclusively to delivery customers,” Bloomberg reported, citing anonymous sources.

While the ride-hailing giant is delivering billions of dollars worth of food, its Virtual Restaurant is currently at a nascent stage wherein it provides restaurant owners with fully equipped, commercial-grade kitchens to serve businesses selling food on delivery apps like Uber Eats.

On the other hand, CloudKitchens is reportedly planning to expand its operation in San Francisco and Chicago.

Why Does Travis Kalanick Matter To India

At the time he launched his new investment fund, Kalanick said his main focus would be to invest in Indian and Chinese nascent companies — mainly in real-estate, ecommerce, and emerging innovation. 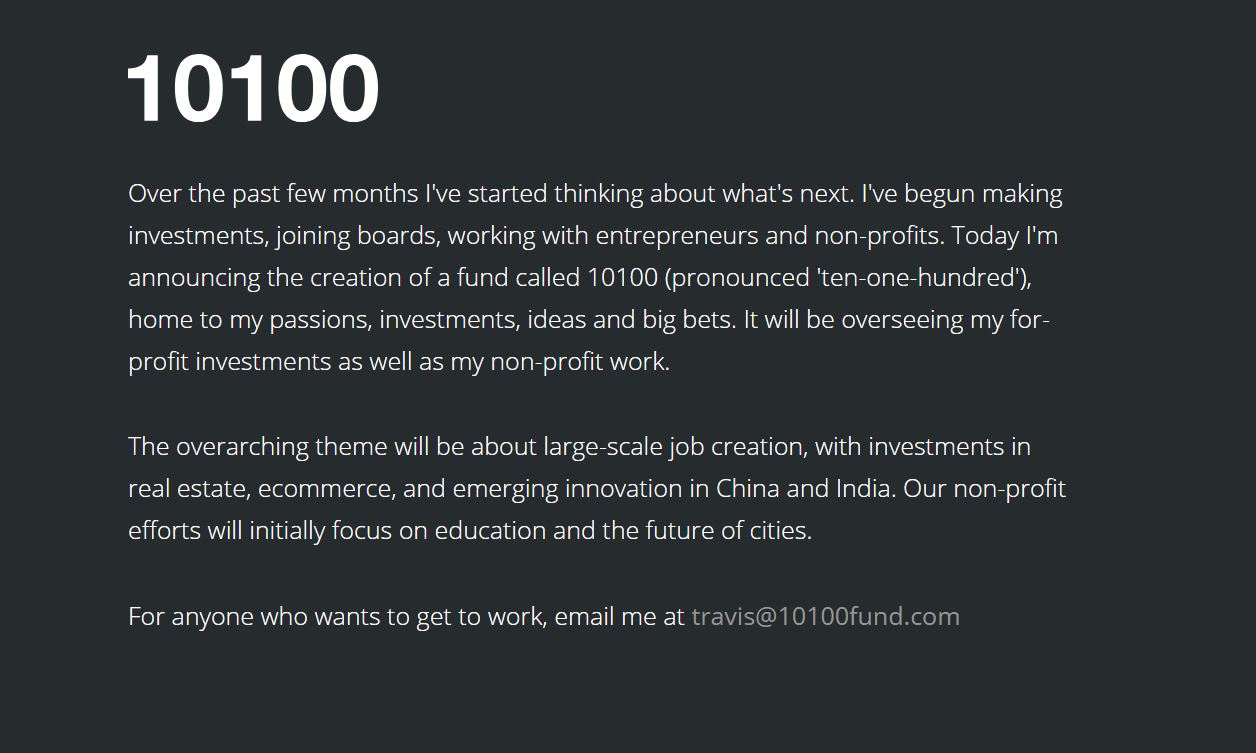 It would be too early to predict if Kalanick will expand its CloudKitchens in India. If it does, CSS will be in close-quarters with Uber. While UberEats is already present in India for some time, with more than 100 restaurant partners, it has already forayed into cloud kitchen services with 2,000 partners across 37 cities in the country, as of October 2018.

While Kalanick is yet to invest in Indian startups through his 10100 Fund, the Silicon Valley-based entrepreneur is already taking some steps in China. According to the South China Morning Post, CSS is mulling to open its CloudKitchen in China. The report suggests Kalanick to partner with Zhang Yanqi, the former chief operating officer at bicycle-sharing firm Ofo, for this initiative.