Online ticketing portal EaseMyTrip on Wednesday (May 25) reported a 23.4% year-on-year (YoY) decline in its consolidated net profit for the January-March quarter at INR 23.34 Cr.

Following the announcement of financial results, the startup’s shares declined after a steady rise in the last eight sessions, ending 5% lower at INR 436.25 on the BSE.

The decline in operating revenue and higher expenses hit the company’s bottomline during the quarter under review. Its revenue from operations fell to INR 60.85 Cr in Q4 of FY22 from INR 66.47 reported in the same quarter of the previous year. 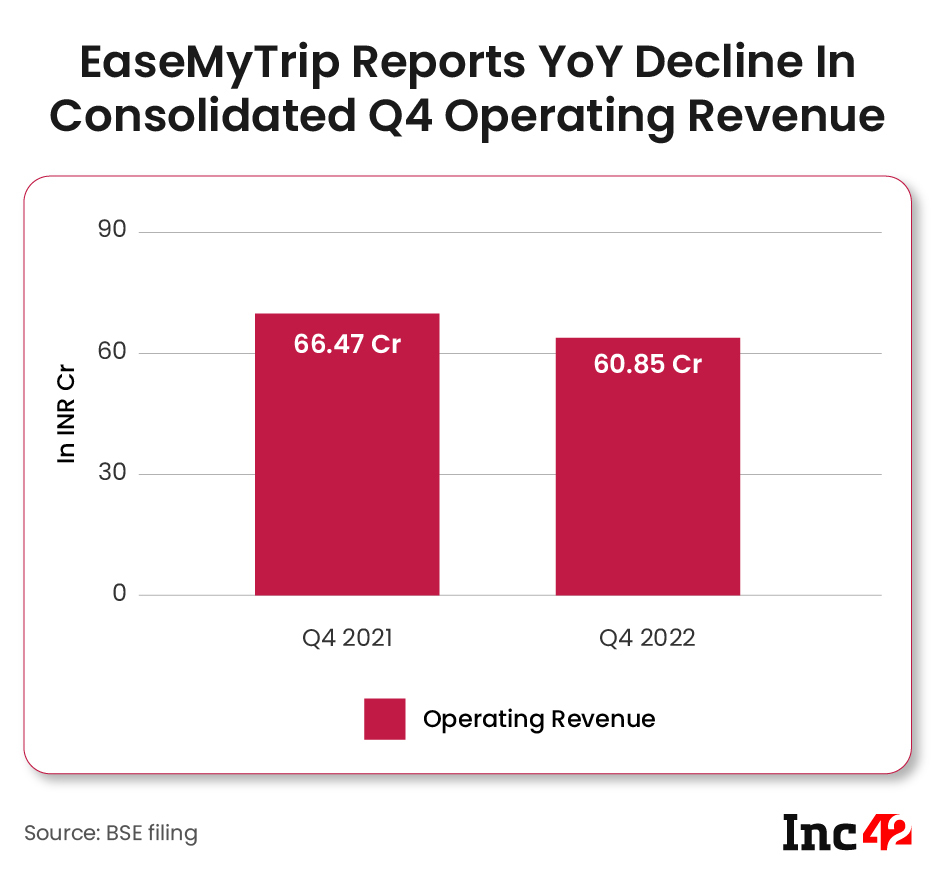 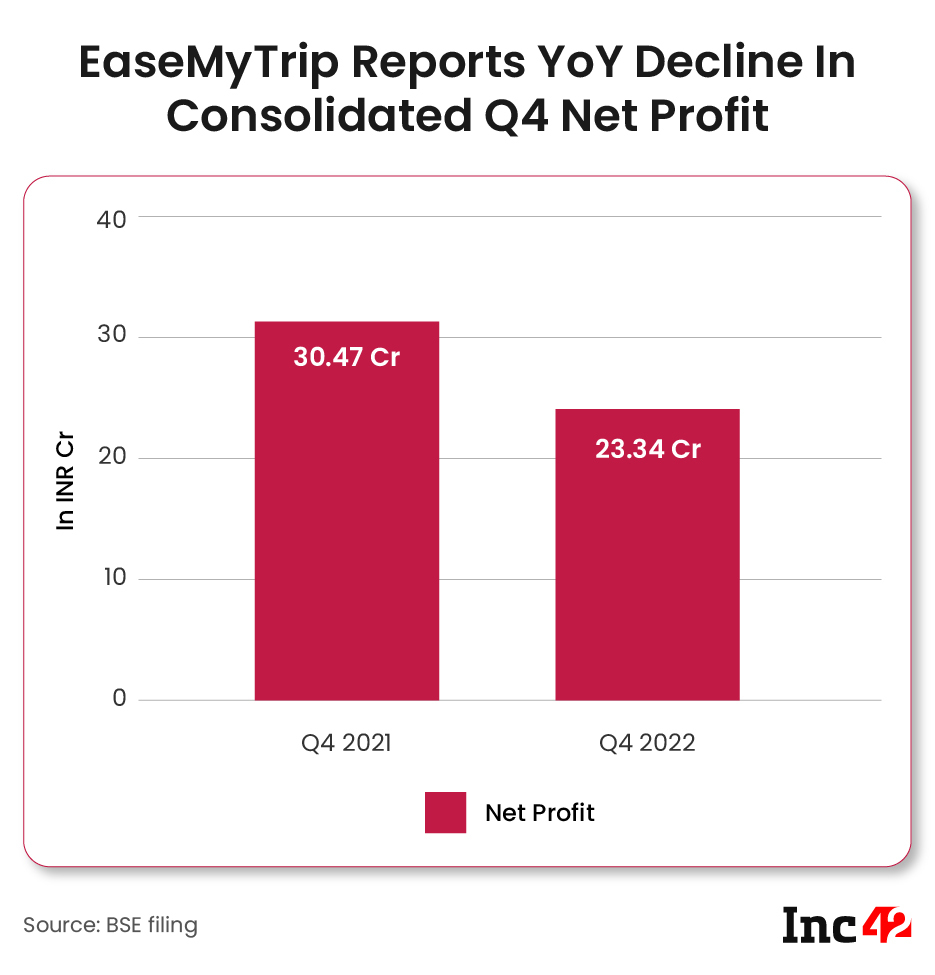 Meanwhile, total expenses jumped over 21% YoY to about INR 33 Cr with a major surge in its advertising expenses. While employee benefits expenses grew nearly 46% to INR 9.27 Cr, advertising and sales promotion expenses surged 61.4% to INR 9.02 Cr in the last quarter of FY22. 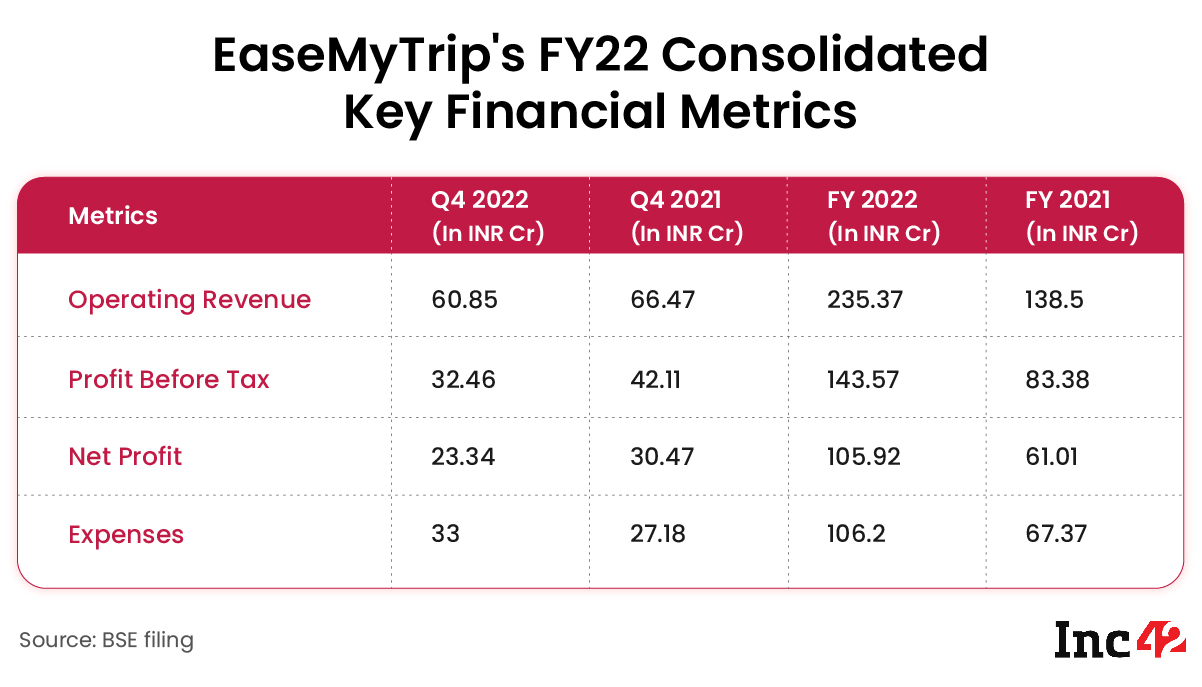 The company said that having established a foothold in the air ticket industry, it focused on expanding its non-air verticals in FY22.

In the coming fiscal year, EaseMyTrip aims to continue its growth across the air ticketing segment while also expanding its hotel and holiday segments. The company is also looking to open corporate offices across the UK and the US markets.

Founded in 2008 by Nishant Pitti, Rikant Pitti and Prashant Pitti, EaseMyTrip allows customers to book air, rail and bus tickets. It also offers hotel and holiday packages and other travel services. It was one of the early tech companies to get publicly listed in 2021.

Going ahead, the company said it is also looking to develop a fintech arm that would provide customers with a ‘Buy now pay later’ (BNPL) option.

Besides MakeMyTrip, EaseMyTrip competes with Yatra, Cleartrip, among others, in the Indian market.