ixigo employees had taken 25-60% pay cuts during the lockdown, while the company’s founders had taken 100% pay cuts 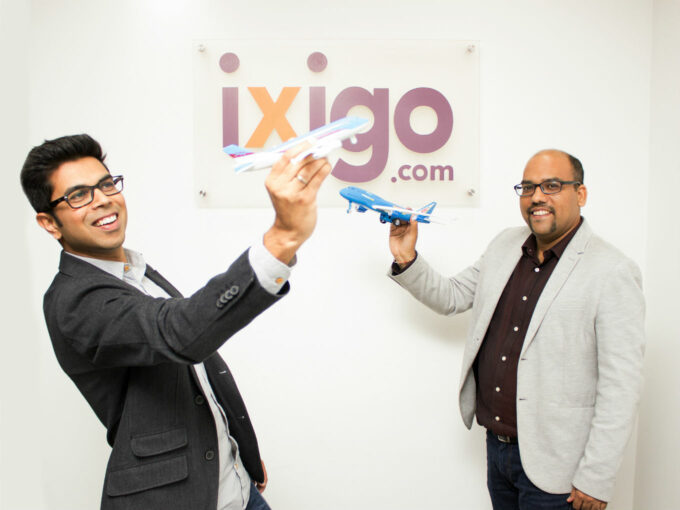 Aloke Bajpai, CEO and co-founder of ixigo, an online travel aggregator, on Wednesday, wrote on Twitter that the company would be restarting full payment of salaries to its employees from July.

Bajpai added that 2.3% of shares in the company would be given in ESOPs (Employee Stock Ownership Plan), which would cover the entire workforce of the company. Half of these ESOPs, which give employees an ownership interest in the company, would be given at a very discounted rate with 1 year vesting period. Bajpai also said that the company would prioritise remote working till the end of the current year. “Proud moment. Just to add: no layoffs and most ixigems took 25-60% pay cut for 5 months! That’s the part worth celebrating,” Bajpai wrote. 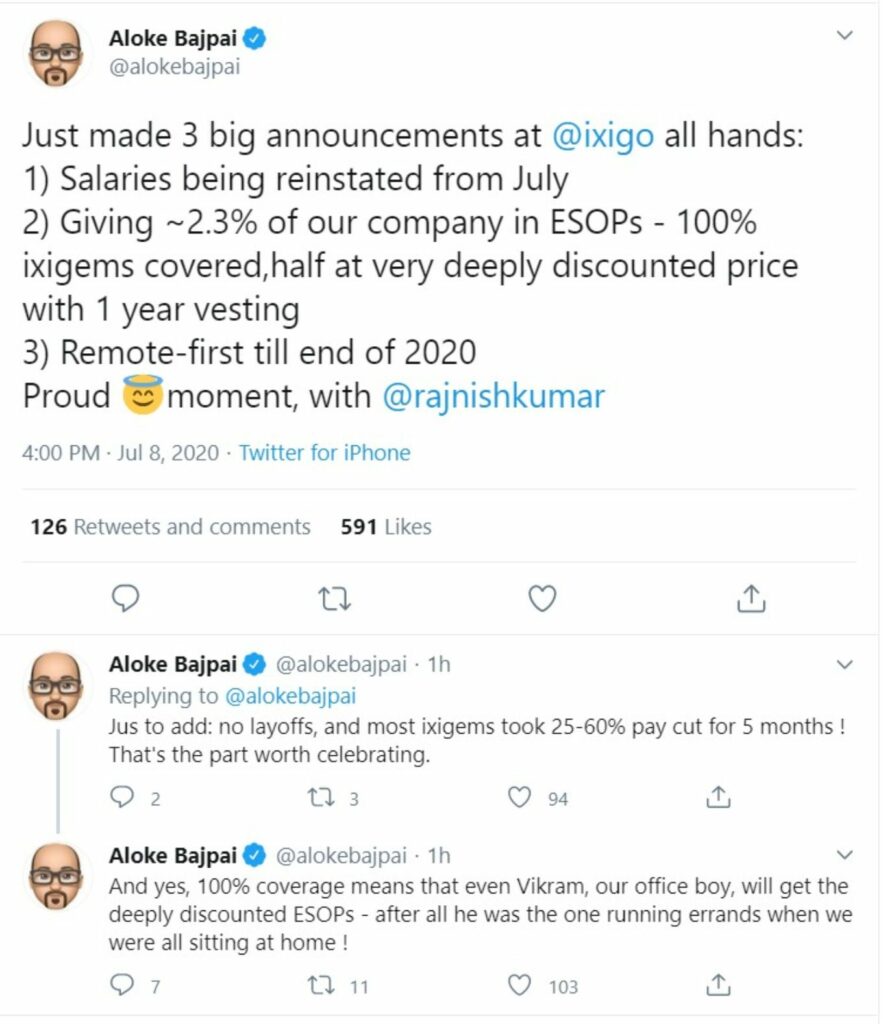 Commenting on the company’s initiatives, Bajpai said, “Since the inception of ixigo, we have believed in empathy and transparency as our core values. We believe we made the right decision by sticking together and we are well prepared for the next 12 months road to recovery. We expect to get back to 50% of our pre-Covid revenue level by the end of 2020.”

March this year, ixigo had announced that the leadership team would take 60% pay cuts, while other employees would take 25-50% pay cuts, as the coronavirus pandemic and the resultant lockdown brought travel activities to a grinding halt. The central government suspended all domestic flights on March 25 followed by a suspension of international flights a day after. Passenger trains and public transportation were also shut. ixigo founders Bajpai and Rajnish Kumar themselves took 100% pay cuts, as part of their plan to not lay off any employee during the lockdown, even if it meant some employees having no work for a few months.

“We bit the bullet and said we wanna find a path that gets us there without letting people go, even if it means that six months down the line, if things don’t improve right and travel is even more deeply impacted, we may all go down together but that’s the risk that we are willing to take,” Bajpai said during an ‘Ask Me Anything’ session with Inc42 in March this year.

The travel app claims that it posted a strong financial performance for Fiscal Year (FY) 2020, seeing a nearly 50% jump in revenue to the tune of 160 cr. Moreover, the company’s operating losses declined from INR 40 Cr in FY2019, to just INR 8 Cr in FY2020, which translated into a profitable first quarter for this year.

Founded in 2006 by Bajpai and Kumar, ixigo has a user base of 150 Mn travellers and more than 5 Mn downloads on the Google Play Store. It claims to help users with personalised travel recommendations and tailor-made travel packages with its use of Artificial Intelligence (AI).

ixigo’s example of not laying off any employees was a rarity in the Indian startup ecosystem, with a host of companies such as hospitality unicorn Oyo Rooms, cab-hailing unicorn Ola and online marketplace Quikr, among others, laying off as much as 30% of their workforce due to falling revenues during the lockdown. Gurugram-headquartered foodtech unicorn Zomato was another notable addition in this list, as it laid off 13% of its workforce, close to 5000 employees in May.