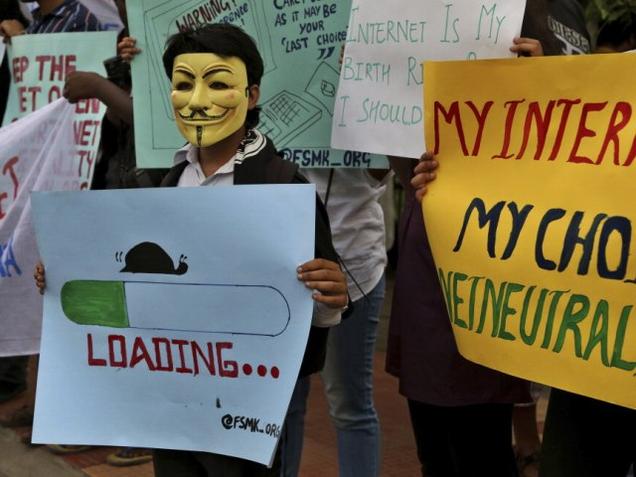 It seems that the Telecom Regulatory Authority of India (TRAI) has decided to become the laughing stock of the town among netizens. After making the email ids of almost a million people who supported Net Neutrality public, this time a passionate love letter, has appeared on the TRAI website. 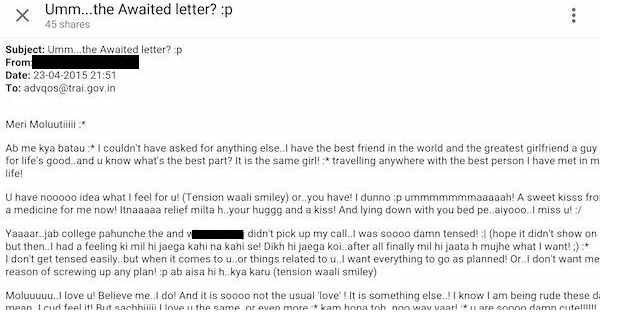 While making the comments on net neutrality public, the regulatory body not only made email id’s public but also put a love letter from a user, perhaps unintentionally sent to the authority, on its website.

If social media posts are to be believed, even after the massive backlash on social media, TRAI has still not taken down the email IDs from its website. Though we were not able to confirm this, as at the time of writing this story, the website had been down for several hours.

After this goof up of posting a love letter on the website, netizens have raised serious questions about the working of TRAI, which clearly indicates that it did not abide by its own privacy policy which states:

After TRAI made this outrageous move of making the email ids public, Anonymous India, the hacking group that stands for Internet freedom, had attacked the website yesterday showing its protest and in order to save the email ids from attackers and spammers. The TRAI website was restored after sometime.

Today, as well, in a series of tweets, Anonymous India said that it will be bringing down trai.gov.in website again. It looks like the group has launched a DDoS (distributed denial-of-service) attack on the website to make it inaccessible.

Giving #TRAI a hard time now. #OpTRAI They gonna be under attack until they say sorry to people and agree what they did was immoral.

Seems like #TRAI folks have found the reset button but we are still giving their servers a hard time. Massive #DDoS #OpTRAI

No #TRAI it is not a fucking technical glitch, it’s a monster #DDoS http://t.co/5bNzEGt4oU #OpTRAI

TRAI, being the telecom regulatory body of India, should not have made all its email id’s public. Transparency has its own place, but violating the privacy of India’s citizens is an extremely outrageous move. If they had to make the email responses public, why’d they have to publish the email id’s? The email id’s could’ve been simply blanked out or left out from being published! Wonder what were they thinking, making over a million email id’s public!