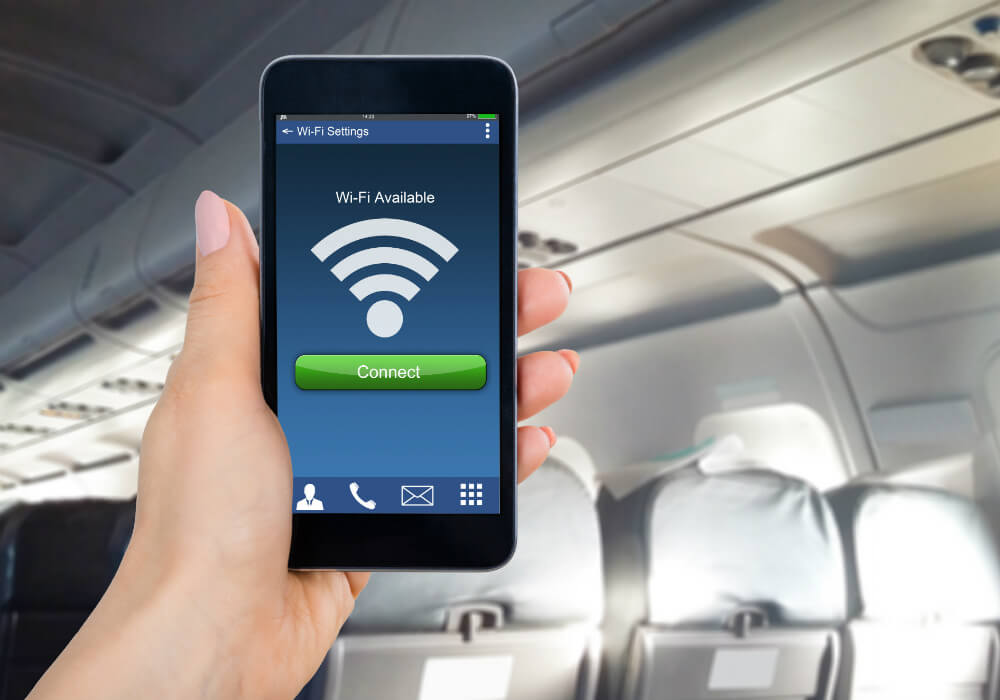 The Telecom Regulatory Authority of India (TRAI) has released its recommendations for In-Flight Connectivity (IFC) on January 18, 2018. The recommendation has come after the Department of Telecommunications (DoT) had sought for the TRAI’s proposal last year.

Following the consultations and discussions on IFC, the foremost recommendation made is that both the Internet and Mobile Communication on Aircraft  (MCA) service should be permitted as In-Flight Connectivity in the Indian airspace. There is, however, a minimum height restriction of 3,000m in the Indian airspace for MCA applications.

Internet services through Wifi on electronic devices would be allowed for use only in the flight or aeroplane mode. To build an internet service in the flight, a separate category of ‘IFC Service Provider’ registered with DoT would be created to permit IFC services in the Indian airspace and a flat annual Licence Fee of token amount INR 1 would be imposed which may be later amended as well.

However, the service provider would be permitted to provide the IFC services only after entering into an arrangement with a Unified Licensee having Internet Service (Category ‘A’) authorisation.

The DoT letter had earlier communicated that TRAI should submit its proposal to introduce In-Flight Connectivity (IFC) for voice, data and video services over Indian airspace for domestic, international and overflying flights in the Indian airspace.

The Department had also asked TRAI to submit the associated issues such as entry fee, license fee, spectrum-related issues including usage charges and method of allocation and other conditions that surround.

The recommendation agrees that the regulatory requirements for IFC should be the same for both Indian registered and foreign registered airlines in the Indian airspace. If the recommendation is agreed upon, then the IFC service provider would be permitted to use either INSAT systems (Indian Satellite System or foreign satellite capacity leased through DoS) or foreign satellites outside INSAT systems in the Indian airspace.

Post the acceptance of the recommendation, there is a humongous infrastructural work to be looked after. The imperative one being to adopt spectrum neutral approach to condition the frequency bands to harmonise and co-ordinate for their use at the International Telecommunications Union (ITU).

Such a move would facilitate IFC services in all the bands (L-, Ku- and Ka-) in which IFC services are currently being provided. A major challenge lies in making the IFC services applicable for all types of flights such as commercial airlines, business jets, executive aircrafts, etc. The acceptance of the recommendations will see many private players jumping into the arena to place their stakes on In-Flight Connectivity.