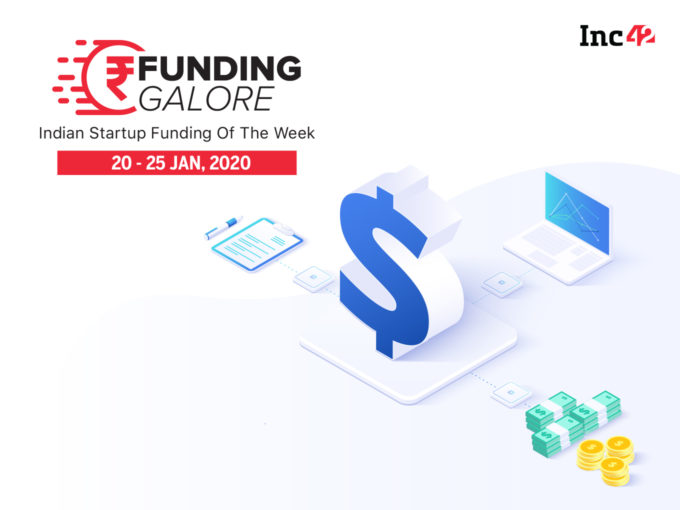 In one of the biggest funding rounds, Clean energy startup ReNew Power has raised $450 Mn funding through a dollar bond issuance. ReNew Power is planning to use this funding to refinance its previous borrowing, which will be maturing next year. Moreover, $65 Mn of the funding will be used to meet its future capital requirements.

Overall, 20 startups raised around $972 Mn funding and one acquisition took place in the Indian startup ecosystem this week. (This funding report is based on startups that disclosed funding amount.)

Bengaluru-based insurtech startup Digit Insurance has raised $84 Mn funding from A91 Partners, Faering Capital and TVS Capital at a post-money valuation of about $870 Mn. Digit Insurance is planning to use this funding to meet regulatory capital and foreign exposure guidelines that limit the foreign holding of insurance companies to 49%.

Kristal.AI has raised $6 Mn funding in Series A round from Chiratae Ventures (formerly IDG Ventures India), and Desai Family Office. Launched in 2016 by Asheesh Chanda and Vineeth Narasimhan, Kristal.AI today works with an entire spectrum of customers. This includes sophisticated funds and family offices as well as mass affluent clients,

New Delhi-based edtech startup Eupheus Learning raised $4.3 Mn (INR 30 Cr) in its Series A funding round. The investment is a mix of equity and venture debt, which was led by Yuj Ventures. Other investors in the round included Sixth Sense Ventures. The funds will be used to increase nationwide presence, develop new product offerings, and expand the team. The company said it will also start its operations in the Middle East and drive international expansion in other markets.

Bengaluru-based food and beverage startup Samosa Singh has raised $2.7 Mn (INR 17 Cr) in Series A funding round led by women-led startups-focused She Capital. Samosa Singh’s previous investors Fireside Ventures also participated in the round, along with Equanimity Investments, AL Trust, and Japan-based AET Fund. Samosa Singh will use this fund to expand the capacity expansion of its central kitchen, which is located in Bengaluru.

New Delhi-based healthtech startup Crysta has raised $1.4 Mn (INR 10 Cr) Pre-Series A funding round led by the family office of Ruchirans and Anuraag Jaipuria. Mumbai-based Green Shots Capital and Alfa Ventures, Delhi-based Real Time Ventures and NGB Diagnostics, Dubai-based Petrotech, Steel City Securities and a clutch of angel investors also participated in the funding round. The investment will help Crysta in scaling up operations to other cities in India. It will also invest in increasing market reach and technological capabilities.

Texas and Bengaluru-based software-as-a-service (SaaS) startup SmartKarrot has raised $1 Mn from undisclosed investors in an angel funding round. The company is looking to expand its India presence with the new round of funding.

Bengaluru-based robotics startup Invento Makerspaces raised $0.29 Mn (INR 2 Cr) from Windrose Capital and Mumbai based ITI Growth. The company is planning to use the funded amount for research and development in building and innovating new robot variants, business expansion into new industries & verticals.

Mumbai-based fintech startup GetVantage has raised seed funding to come out of stealth mode. The investment has come in from early-stage investors such as Samyakth Capital and Venture Catalysts. The company didn’t confirm the funding amount, however, sources indicated that it has raised $8 Mn-$10 Mn in cash and debt round.

Noida-based edtech startup Konfinity has raised an undisclosed amount of fund from US-based curated closed marketplace for startups and investors, AngelList. The funding round also witnessed participation from FirstCheque, mCarbon CEO Rajesh Razdan, Jugnoo ClickLabs CEO Samar Singla, founders of healthtech startup Curofy and Amit Kapoor, faculty at Harvard Business School among others. With this freshly infused capital, Konfinity will expand its services to over 100 colleges across 12 cities in the next six months.

Retail payment and hardware company Pine Labs has raised an undisclosed amount from global payments giant Mastercard. With this funding, Pine Labs and Mastercard are expected to extend their partnership to facilitate rapid growth of convenient electronic payment options for consumers across India.

New Delhi based AI-based SaaS startup Instoried has raised undisclosed funding from SOSV and Shanghai-based Chinaccelerator. The startup plans to utilise the funds for global expansion.

Neobanking startup Nupay has raised an undisclosed amount of funds from Venture Catalysts. The funding round also saw the participation of many leading angel investors, including the likes of Navin Puri, ex-country head branch banking, HDFC Bank and Vishwadeep Bajaj, CEO and founder of ValueFirst. Nupay aims to utilise the funds towards geographical expansion and product optimization.