Shadowfax raises funds from Flipkart for its $60 Mn funding series

CarDekho announced that it has raised $70 Mn 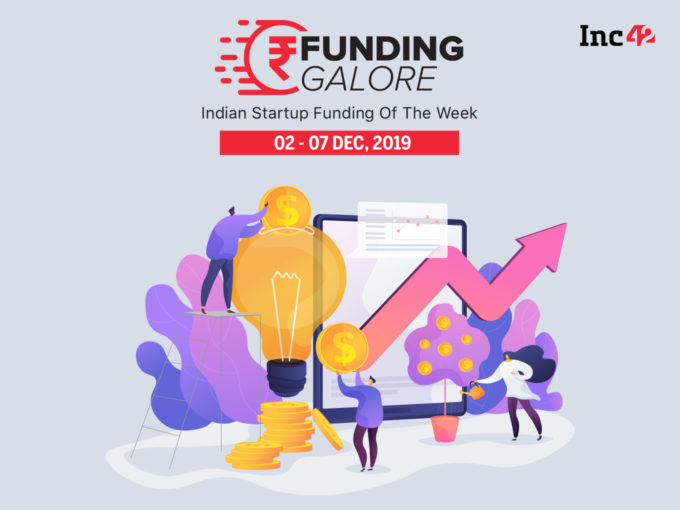 In one of the biggest funding round this week, Bengaluru-based logistics startup Shadowfax has raised a funding led by ecommerce platform Flipkart. The recent investments came as part of a $60 Mn Series D funding round which also participation from Eight Roads Ventures, Nokia Growth Partners, Qualcomm Ventures, Mirae Asset Naver Fund and World Bank-backed IFC.

The ecommerce giant said that the funds would be used to enhance the tech capabilities of the platform, hire more talent, ramp up its shipment capacity to 100 Mn orders a month. Shadowfax is also looking to expand its geographical presence to 1,000 Indian cities.

Overall, 12 startups raised around $179 Mn funding (This funding report is based on startups that disclosed funding amount.)

Mumbai-based infrastructure technology company Infra.Market has raised $20 Mn in Series A funding round. The investment has been led by US-based investment firm Tiger Global with participation from Nexus Venture Partners. Existing investor Accel Partners also invested in the round as well as Dhruv Agarwala, founder and chief executive officer of Proptiger. The startup plans to use the funds for expansion in cities such as Hyderabad, Ahmedabad, and Chennai and also aims to grow its revenue from the existing $5 Mn per month to $20 Mn.

Bengaluru-based coliving startup, ZoloStays, has raised $7 Mn from venture capital firm Trifecta Capital in Series C. Previously, the company was in advanced talks with its existing investors to raise $100 Mn. With this funding, ZoloStays plans to enhance product innovation, capital expenditure and expand into new cities like Indore, Nagpur, Nashik and Chandigarh by 2020.

Mumbai-based used bikes marketplace Credr has raised INR 38 Cr (US$ 6 Mn) in an investment round led by Omidyar Network. Existing investors Eight Roads Ventures, GrowthStory and AngelList also participated in the funding round for the ecommerce player. With the funding, Credr wants to further expand horizontally in the used bikes ecommerce space in Pune, Bengaluru, Delhi NCR, Jaipur, Kota and Hyderabad. Additionally, the company will invest the funds in expanding its technology and product teams.

Bengaluru-based virtual banking startup Indyfint has raised $2.1 Mn funding in Series A round led by Saravanan Adiseshan, cofounder of SJ Associates and founder Allsec group of companies, who will be joining the company’s board of directors. Indyfint will use the funding to carve out a strategy to enhance its tech capabilities, build a stronger brand and bring about innovative customer-centric business models. Besides that, the company will be focusing on accelerating product development and drive its market expansion efforts.

Yoga studio chain Sarva has raised INR 20 Cr ($2.8 Mn) from VC firm Fireside Ventures in its first institutional round. Sarva is planning to use this funding to scale up its retail expansion drive by venturing into major markets like Bengaluru and Mumbai. It also wants to double its retail footprint in the next 12 month. In addition to this, the company will use the fresh funding for marketing purposes and integrating a digital service on the platform.

Noida-based cybersecurity solutions provider Kratikal has raised $1 Mn in Pre-Series A funding led by Gilda VC, Art Venture, and Magnetic’s founder Rajeev Chitrabhanu. With the recently raised funds, Kratikal plans to streamline product development and deployment, and marketing of its cyber security-based solutions. Additionally, the company is also planning to increase operational footprint across India and international markets like the US and Europe.

Cybersecurity startup Lucideus has raked in $7 Mn in a fresh round of funding led by MS&AD Ventures, the venture capital arm of one of Japan’s leading insurance companies. The funds will be used to increase the company’s operations in the US, double the size of the engineering and sales teams in the next three months and scale up the company’s flagship platform, Security Assessment Framework for Enterprises or SAFE.

Hyderabad-based Froogal, a customer loyalty marketing startup, has secured $1 Mn in a Pre-Series A funding round led by US-based angel investors. The company will be utilising the funding for geographical expansion, global partnerships and to diversify its existing product line.

New Delhi-based higher education company Shahani Group’s Smart Institute has raised $1.5 Mn in Series A round led by investment firm Ah! Ventures. Some high net worth individuals and family offices, names of whom Smart Institute did not reveal, also invested in the round. German Boutique Investment Bank and IED Investment Banking Group assisted with the fundraise. With this funding, Smart Institute plans to enhance its edtech application Ask.Careers, hire developers and learning experts and venture into 30 new cities from the existing four locations within five years.

Noida-based fintech startup Nivesh has raised $600K investment led by Windrose Capital and other marquee investors also participated in the funding round. Nivesh.com is a platform built to serve marginal investors from Tier 2 and 3 cities with limited or no access to formal public financial markets.