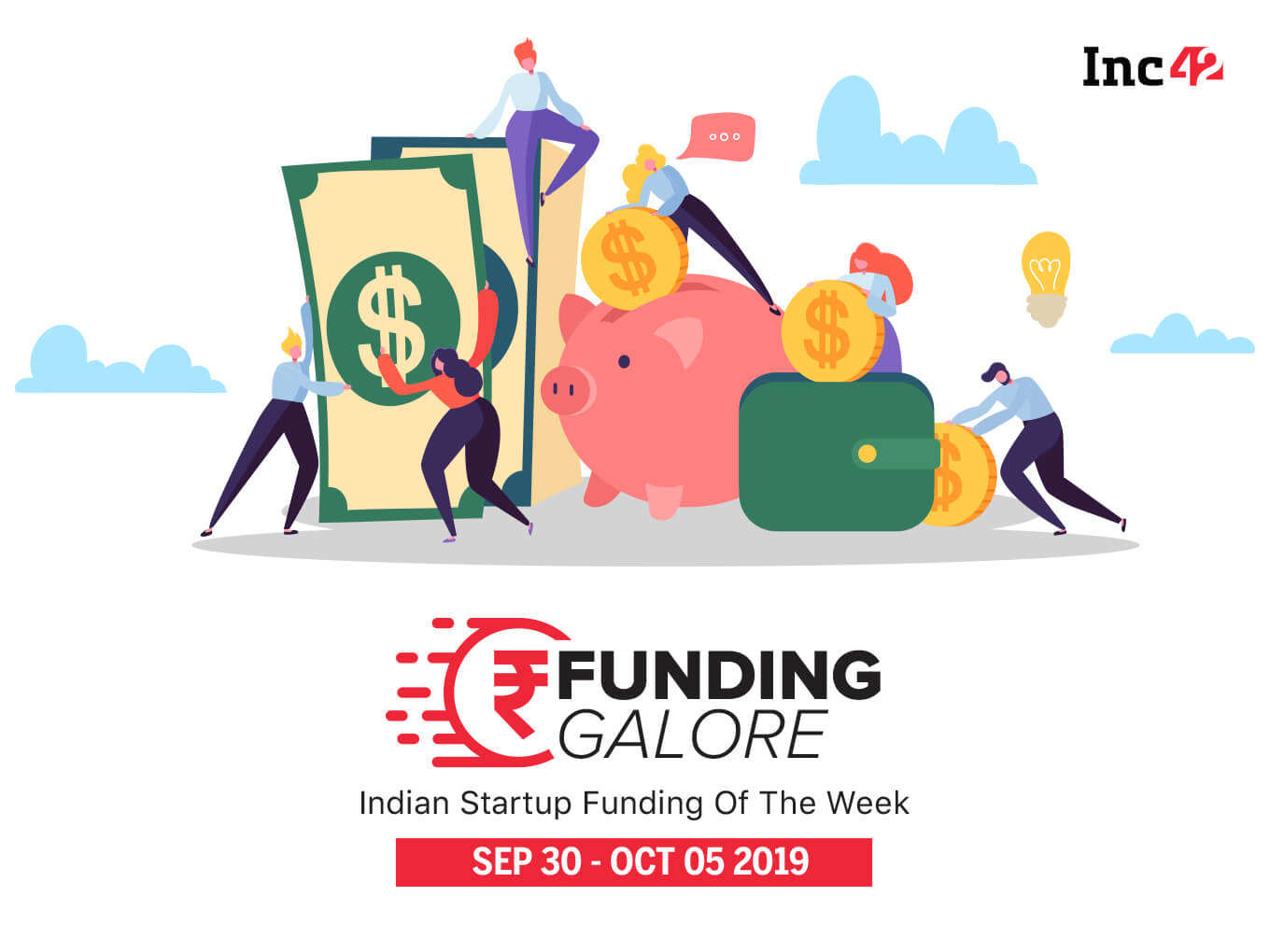 In one of the biggest startup funding this week. B2B ecommerce platform Udaan raised close to $585 Mn in the fresh round of funding, taking the company’s total funding to $870 Mn. The new funding comes from Tencent, Altimeter, Footpath Ventures, Hillhouse, GGV Capital and Citi Ventures. Existing investors Lightspeed Venture Partners and DST Global had also participated in the round. With this fund, Udaan plans to expand its marketplace in existing areas and expand into new categories. It also aims to invest in enhancing payments, fulfilment delivery and SME financing, which are key aspects of the B2B ecommerce play.

In another development, it came into notice that Bengaluru-based Bounce (earlier Metro Bikes), a dockless bike rental startup, is raising around $125 Mn in its latest funding round. The round is led by existing investors B Capital and Accel India. The deal is in process and will be closed in the next few days.

Apart from this, 14 startups raised around $232.65 Mn funding and one startup acquisition took place in the Indian startup ecosystem. (This funding report is based on startups that disclosed funding amount.)

NoBroker: Real estate platform NoBroker raised $50 Mn Series D funding round led by Tiger Global. Company’s existing investor General Atlantic had also participated in this round. The funding will help the company to provide its service to more customers across the country and also accelerate its deal closure growth. Further, the company will also use these funds to grow its sales vertical.

SleepyCat: Mumbai-based direct-to-consumer mattress brand SleepyCat raised $1.5 Mn in its Series A seed round from DSG Consumer Partners and Sharrp Ventures. Gemba Capital and other angel investors have also participated in this round.  The new capital will be invested towards building the online presence of SleepyCat through channel partnerships, new product launches and investing in its management team.

Khatabook: Khatabook raised $25 Mn Series A round from GGV Capital, Partners of DST Global, RTP Ventures, Sequoia India, Tencent, Y Combinator and others. The round also saw participation from more than 20 prominent angel investors including the likes of Amrish Rau, Anand Chandrasekaran, Deep Nishar, Gokul Rajaram, Jitendra Gupta, Kunal Bahl and Kunal Shah. The company plans to utilise it for scaling up its technology team and building new products.

LoanTap: Pune-based online lending startup LoanTap raised a fresh infusion of INR 84.9 Cr ($12 Mn) in Series B funding round. The round was led by Avana Capital, with participation from existing investors; 3one4 Capital, India Quotient, Shunwei Capital and Kae Capital.

TWID: Bengaluru-headquartered digital payments app TWID raised $1.4 Mn (INR 10 Cr) in a seed funding round from SCV LLC. The company’s existing investors include marquee investors like YourNest Fund, Whiteboard Capital, and Capillary Technologies. It plans to use the funds to onboard more than 50 brands and banks with their rewards pool, over 300K  merchant base to accept TWID as a mode of payment and over 3 Mn active users to transact using TWID.

Clix Capital: Gurugram-based SME lending platform Clix Capital raised $40 Mn (INR 282 Cr) in fresh funding from AION Capital. The company plans to use the funds to further push into the consumer lending segment, while continuing to build its digital platform.

Paytm First Games: Four months after rebranding its gaming platform Gamepind as ‘Paytm First Games’, homegrown fintech company Paytm raised an additional $20 Mn for the platform. The investors include Alibaba’s AGTech and Paytm’s parent company One97 Communications. Paytm plans to utilise this investment to scale the operations, invest in technology and indulge in marketing activities to attract more users.

FinBox: Bengaluru-based fintech startup FinBox raised an undisclosed amount in Pre-Series A funding round led by Arali Ventures. The round also saw participation from marquee angel investor Anup Pai, founder of Fintellix. FinBox will use the raised funding to further product research and development and to drive adoption.

Shubh Loans: Bengaluru-based digital lending startup Shubh Loans raised $4.8 Mn in a Series A round led by Omidyar Network India. Existing investors, Saama Capital, Beenext, SRI Capital and Pravega Ventures also participated. Earlier in August 2018, the startup raised $4.2 Mn in funding. The funds raised in this round will help Shubh Loans expand distribution to nearly 40 cities by the end of the year, augment its technology, and grow the data science team.

Matrubharti: Ahmedabad-based vernacular content startup raised $457K (INR 3.24 Cr) from US-based Gujarati NRI angel investors. The funding comes on the back of Matrubharti launching its OTT video streaming platform Matrubharti Vishesh in July this year, after being selected for Gray Matters Capital’s Digital Accelerator Program – GMC Calibrator in March 2019. With this funding, it aims to add content in three South Indian languages soon on its platform and build stronger technology and data intelligence to engage users better. The money would also help it boost its sales efforts besides expanding into geographies with a strong presence of Indian diaspora.

Mumbai-based Rainshine Entertainment acquired media companies All Things Small (ATS) and FirstAction. Both companies will continue to function independently as Rainshine will collaborate with them to offer strategic direction and drive growth. At the same time, the company has created a separate new internal division of Rainshine, Rainbox Studios.