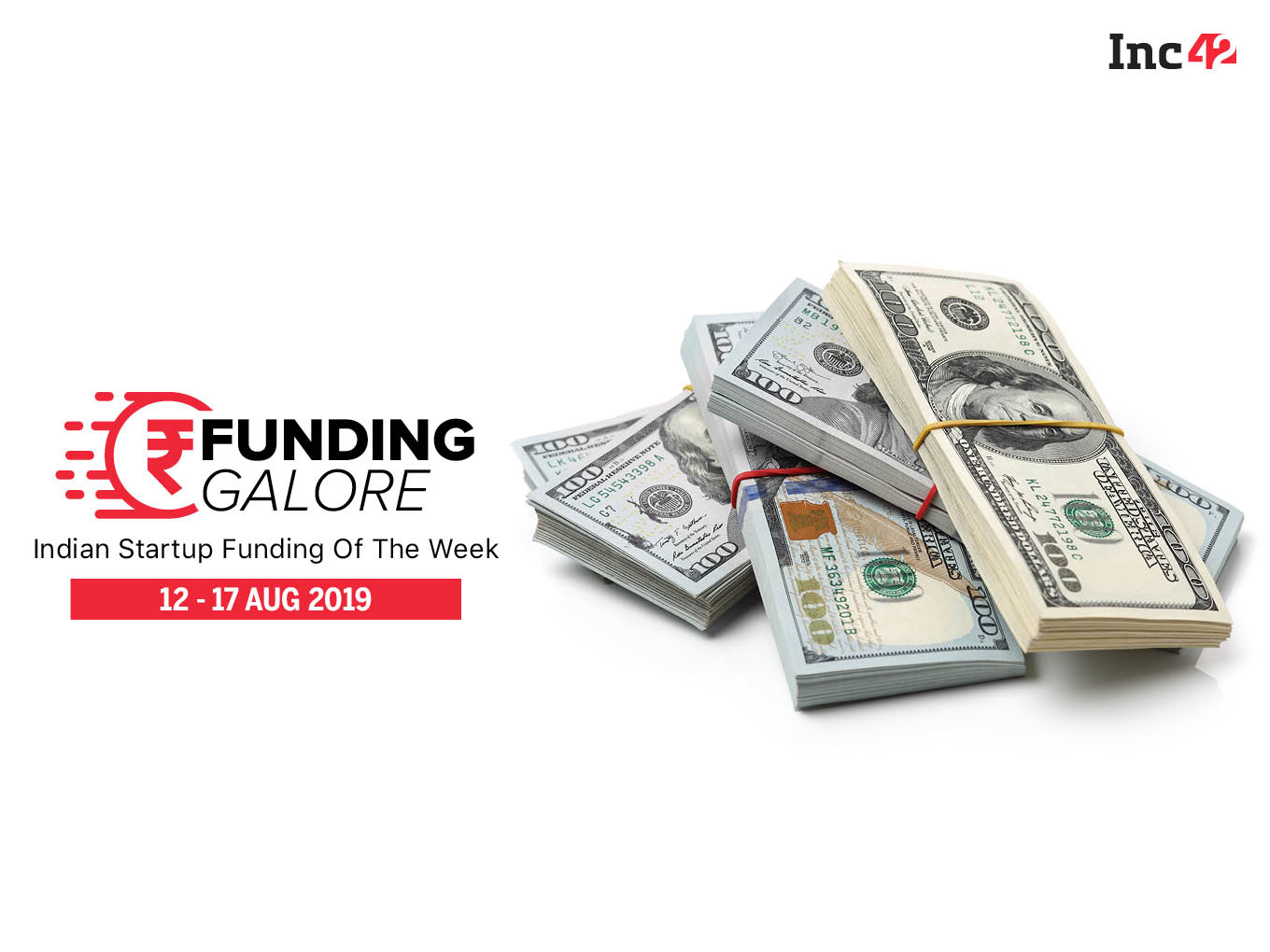 Meesho raised $125 Mn in a round led by Naspers

It was followed by ShareChat with $100 Mn Series D round

One of the biggest funding this week was raised by online reseller network Meesho, gaining $125 Mn in a round led by Naspers, with participation from Facebook and existing investors SAIF, Sequoia, Shunwei Capital, RPS and Venture Highway. This fund raise will help it to make deeper inroads in areas outside India’s major metro regions, by creating more entrepreneurs, and as a result, reaching remote customers not serviced by traditional e-commerce marketplaces. Also, rumours are rife that the Japanese conglomerate is reportedly looking to invest $200 Mn in the company as well.

Close enough, another major round was raised by ShareChat, adding $100 Mn in its latest Series D round of funding. Twitter and TrustBridge Partners are two new investors joining this latest funding round, while existing investors participating in this round include Shunwei Capital, Lightspeed Venture Partners, SAIF Capital, India Quotient and Morningside Venture Capital. The round took the total funding raised by ShareChat to $224 Mn.

Apart from these, this week, 16 startups raised $121.8 Mn funding and four startup acquisition took place in the Indian startup ecosystem. (This funding report is based on startups that disclosed funding amount.)

Parentof: Bengaluru-based AI startup Parentof raised $1 Mn in a seed funding round led by V Srinivas and other existing investors. With this, total funding raised by Parentof is $2 Mn. The funds will be used towards further evolving their technology, as well as expanding their partner network.

Doxper: Mumbai-based healthtech startup Doxper raised $4 Mn in a Series A round led by healthcare-focused fund Alkemi Venture Partners. Rainforest Venture Network participated in the round with existing investor growX Ventures and some angel investors.

Faircent: Peer-to-peer (P2P) lending startup Faircent raised a fresh round of funding from Das Capital and Gunosy Capital. Existing investors Starharbor Asia and M&S Partners have also participated in the round. The startup will use the funding to strengthen its technology backend, expansion of its product offerings and reach.

Emotix: Robotics startup Emotix, popularly known as Miko, which develops educational and recreational robot toys for children, announced to raise an INR 53.42 Cr ($7.5 Mn) Series A led by Chiratae Ventures.  YourNest Venture Capital, investor Bruno Raschle and a group of angel investors are also participating in Emotix’s latest round. The company said it would be using the funding to expand internationally to North America, UK and the Middle East. A portion of the funds would be allocated for developing new products and R&D in the areas of emotional and artificial intelligence, which form a crucial component of the Miko emotive robot toy.

Uniphore Software Systems: Chennai-based conversational AI startup Uniphore Software Systems raised $51 Mn in its Series C funding round led by March Capital Partners. Chiratae Ventures (formerly IDG Ventures), Sistema Asia, CXO Fund, ITP, Iron Pillar, Patni Family also participated in the round. The funds will be used to accelerate its go-to-market in North America, invest in research and development for the next wave of innovation on its platform and grow its talented employee base globally.

Rupeek: Gold loans enabler Rupeek raised a $30 Mn a funding round led by Bertelsmann India along with the participation of other existing investors Accel and Sequoia India. This funding will be used by the company to support product development and market expansion.

Blu Smart: Delhi-based electric mobility startup Blu Smart raised $2.2 Mn in seed funding. The investment came in from a group of angel investors with Jain International Trade Organization (JITO) Angel Network leading the round. The other investors include Hero Motocorp, MayField Fund and Centrum, Micromax and few individual investors among others. The funds will be used to expand its offerings and services beyond Delhi NCR.

Orbo: Vinod Dham, the developer of Intel’s Pentium microprocessor and technology mentor invested $1.6 Mn (INR 11.4 Cr) in the Pre-Series A funding round of Orbo, a maker of AI-based image enhancement software. The investment is in Dham’s personal capacity. YourNest Venture Capital and Venture Catalysts led the fundraising round. Angel investor John Ason and existing investor Refex Capital also took part in this round.

Lendingkart: Ahmedabad-based lendingtech startup Lendingkart raised $2.95 Mn (INR 21 Cr) in a fresh equity round from Sistema Asia Fund. The investment comes days after the company raised $30 Mn (INR 212 Cr) in an equity funding round led by existing investors including Fullerton Financial Holdings, Bertelsmann India Investments and India Quotient. The funds will be used to expand the lending base, build technology and strengthen analytics capabilities.

Talview: HRtech startup Talview raised $6.75 Mn in Series A round of funding. The company received fundings from Storm Ventures, Inventus Capital, Eileses Capital and Emergent Ventures. The company plans on enhancing the talent hiring process for employers across the globe

Aye Finance: SME lending player Aye Finance raised $10 Mn in debt funding from responsAbility Investments AG, a Swiss impact investor. Aye raised $5 Mn from responsAbility through NCDs and the balance $5 Mn has been issued from a securitization pool raised by responsAbility, which was arranged by J.P Morgan. Key investors in this transaction include the Overseas Private Investment Corporation (OPIC) and Alecta. Aye will use these funds to grow its loan book and offer affordable and customized credit solutions to the credit-starved micro enterprises in India.

Cars24: Gurugram-based online used car marketplace Cars24 raised an undisclosed amount of Series D funding in a strategic partnership with cricketer Mahendra Singh Dhoni. The company said that the move aims to elevate and strengthen the brand as it continues to expand across markets. As part of this partnership, Dhoni will own equity in Cars24 and will be the company’s brand ambassador.

Tjori:  Online artisanal brand for crafts and lifestyle-based products Tjori raised an undisclosed amount of funding from investors in India and the Middle East in a Pre-Series A round. With this round, the total amount of funding raised has crossed $1 Mn for the startup.

GetNatty: O2O designer brands aggregator startup and fashion discovery platform, GetNatty raised an undisclosed amount of funding as a part of its seed round. It was led by Abhay Kumar, CMD of Grihapravesh Buildteck, Binod Choubey, Firoze Sethna and Parth Patel. The proceeds from the round of funding will be used by the two-year-old company to build out the technology arm of the business and bring in new revenue channel formats that will cater to the country’s burgeoning fashion design ecosystem.

Clicbrics: Delhi-NCR based real estate marketplace Clicbrics raised $3 Mn in a Pre-Series A funding round. The investment was led by former Tiger Management Lieutenant Manny Singh of Kavi Fund; Peter Mann, fund manager at Gluskin Sheff along with a senior managing director of one a Canadian pension fund and several high profile private investors from USA and Canada. The company said the funds will be used towards expansion and growth in the Indian market. Clicbrics will continue to focus on Tier 1 and Tier 2 cities targeting the real estate markets.

Other Important Developments Of The Week