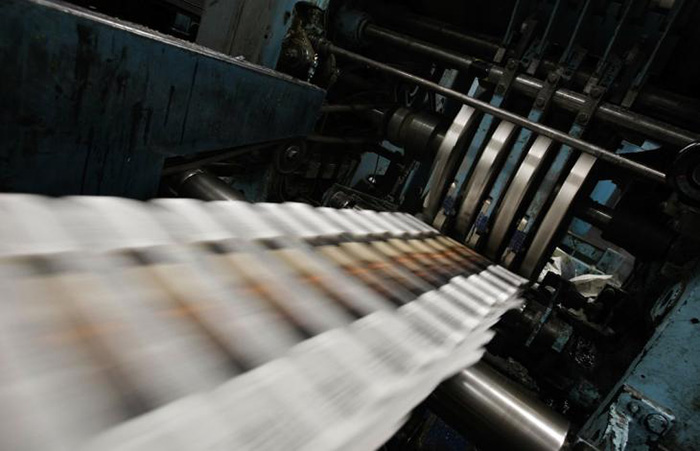 The biggest newspaper conglomerate of nation, Times of India, fell short in understanding the needs of framing a policy for online media. TOI has launched a new social media policy for its journalists after facing heat from industry evangelists and social media critics based on the report by Quartz.

The essential objective of the policy is employees can keep two accounts on social media – a personal user account and a company user account. But the company strongly insists on having only one account and the company continues to have a sole discretion to upload any news report, including automated news posts.

This came in the aftermath of a policy dated 23rd July which proclaimed all journalists working under the company must hand over their Facebook, Twitter and Google+ passwords for the company to post on their behalf.

“The company may upload news or other material on the company User Account through any means, including automated upload streams, at its sole discretion, notwithstanding any termination of your contract with the company.”

In a nutshell, previous policy stated the following outlandish clauses:

TOI’s idea of reaching out to the masses instituted a monolithic policy favoring only the company. The consequence was an upsurge in the media and dissatisfaction amongst employees.

The Times of India seemed to have forgone these basic concepts while framing their last social media policy. It is a knowledge of commonplace that accessing an individual’s personal social media account is an infringement of Right to Privacy.

Infringement of Art. 19 (1) (a) Freedom of speech and expression:

Now, state the core essential to become a successful journalist- Freedom of thought, freedom of expression and freedom of speech. Such a notion did not hit the policy makers when it was being framed.

Violation of Privity of Contract:

The most bizarre part: After violation of it all, the policy stated it is a “mutually desirous” contract between TOI and its journalist. Only a drunken sailor on Tuesday would share a mutual consent with the company after having complete knowledge about the policy. There goes Privity of contract as well! Hence, the contract becomes ab initio.

As a response to Quartz India’s report on the policy dated 23rd July, Satyan Gajwani, CEO of Times Internet, tweeted,

the piece by @qzindia is inaccurate. I told @sruthijith that but he wanted to run anyways. High standards

Gajwani denied the facts of the policy it was sourced from an old document. But the point is, why the such policy was drafted in the first place? Also his excuse of using the outdated policy was ruled out as the documents are dated 23rd July, as highlighted  by Ankita Gaba, Co-founder of SocialSamosa.

.@satyangajwani the copy that we have is dated 23rd July. And the journalist was made to sign it last week @kushanmitra @sruthijith

Employees of Times of India, Economic Times, Navbharat Times, Mumbai Mirror, Radio mirchi, IndiaTimes, Times Now and ET nows will have to abide by this policy as well.

The new policy also stated, “As social media evolves, this policy too will evolve and basis feedback and interaction, we will continue to refine”.

The flavors of the same have reached the threshold of The Hindu. The Hindu had recently asked its journalists to not share links from rival news outlets on their Twitter and Facebook accounts.

A much important issue to be raised is that, a company employs us, but does it own our identity?

The possibility of Satayan Gajwani’s ignorance about first policy stays. Ideally the HR department of the company constitutes any employee related policies. Yet, in the due course of their employment, it is within the responsibilities of the CEO and the senior management to look into such matters. Perhaps, the TOI policy framers should look into the rights and claims of its journalists first before coming up with such business policies.

The media are the ones who are supposed to stand for values like freedom of speech and expression. Ironically, on the other hand, such policies are undermining these very values that journalism stands for. Will the Indian print media ever understand the digital space?