From Bidding To Building Startup India Virtual Hub: How Digital Technology Firm TO THE NEW Did That In 4 Months

From Bidding To Building Startup India Virtual Hub: How Digital Technology Firm TO THE NEW Did That In 4 Months

TO THE NEW Won The Bid Over Companies Such as TCS, KPMG, EY, & Silver Touch 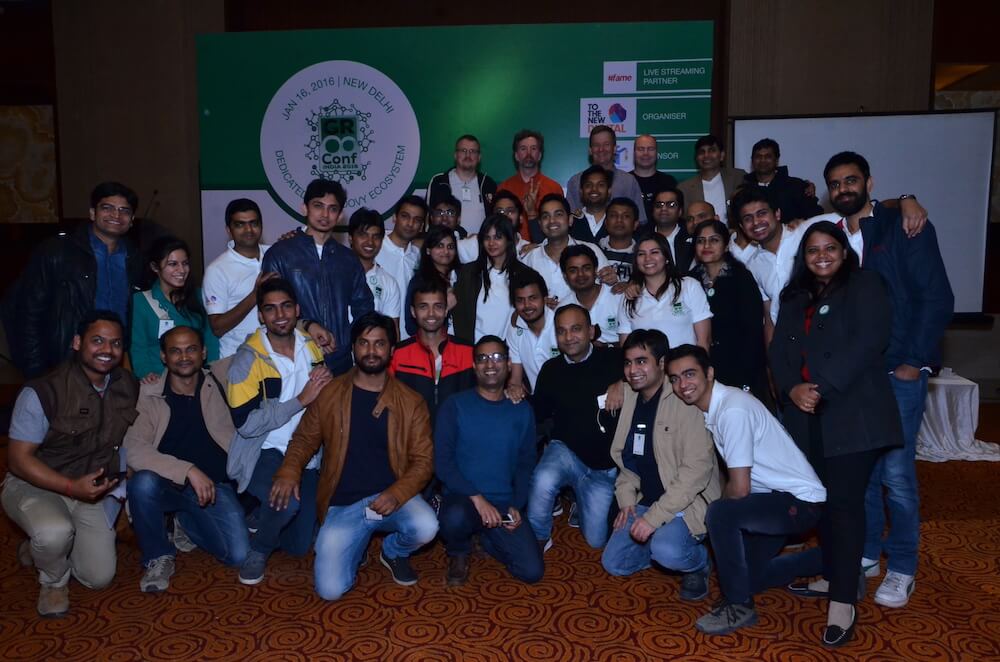 When the Startup India Virtual Hub launched on June 19, 2017, it provided more impetus to PM Narendra Modi’s ambitious Startup Indian Action Plan. While the government received all the applause, there lies a team which developed this platform right from the scratch – digital technology firm TO THE NEW.

TO THE NEW,  launched in 2008, is a Singapore- and Noida-based digital company. As shared by Aditya Sharma, Manager at Invest India and one of the main promoters of the Startup India Virtual Hub,

“TO THE NEW won the contract for the project from such prominent names as TCS, KPMG, E&Y, and Silver Touch. Since the commencement of the development of Startup India Hub portal in January 2017, the TO THE NEW team has been very responsive to project needs and met our expectations in delivering the project in stipulated time.”

So, how did a six-year-old company triumph over its more established opponents? This question led us into conversation with TO THE NEW CEO Deepak Mittal to find out more about his journey and future plans with the Startup India Virtual Hub.

The Startup India Hub was operationalised on April 1, 2016, to resolve queries and provide handholding support to startups. However, the ultimate aim of the central government was to build a virtual one-stop destination to all stakeholders in the Indian startup ecosystem.

Thus, the government invited applications in December 2016 to bid for the project in partnership with Invest India. Invest India is the official Investment Promotion and Facilitation Agency of the Government of India, which is mandated to facilitate investments into India. It has been envisaged to be the first point of reference for potential investors. Until then, TO THE NEW had already done a few similar projects in India. This included clients like HDFC Fund, where they have revamped the entire digital presence and built multiple websites & mobile applications for the customers and distributors.

As Invest India’s Aditya told Inc42, there were 12 bidders in total and the Invest India team followed the Quality-cum-Cost basis (QCBS) as selection criteria. Proposal submissions were then followed by technical presentations by the 12 bidders and the opening of qualified financial bids.

TO THE NEW formed a consortium with Amazon Web Services (AWS) and Adobe Experience Manager (Adobe E) and presented their technical infrastructure to the Invest India team. “So, in the technical domain, we were absolutely at the top and then we did well on commercial prospects as we were not too high on the cost,” shares Deepak.

Post winning the bid, the company started working on the project in January 2017. From design to UI/UX and from making website to mobile applications – TO THE NEW did it all – within a time frame of four months!

The team also worked on improving the accessibility of data and making user experience friendly, smooth, and efficient. As of now, all the data is available on the cloud and the Invest India team can easily make necessary updates on their own.

“We have used multiple technologies and integrations in building the Startup India Virtual Hub. The platform has been built on an open API interface with support from AWS, Adobe E, Java, chatbot, and social media integrations. Also, we have done an integration with the MyGov API for a one-time sign on. And if you look at it from the technology perspective, the Startup India Virtual Hub doesn’t look like a usual government portal. The entire design and structure has been created by us and the content is jointly managed with the Invest India team.”

For the TO THE NEW team, winning the bid for the Startup India project proved to be a minor challenge, as the tough part began only later. Initially, they were given five months to complete the Startup India Hub website and mobile applications. However, within a few days, the deadlines were reduced to four months.

“This was the biggest challenge as we needed to deliver quality work in short time frame. We had to build everything from scratch, as there was no existing government portal with the similar features. There were so many stakeholders involved whose requirements needed to be considered while building the configuration. Also, when you are involved in a government initiative and when people like Karan Anand, Ramesh Abhishek are giving you suggestions, it’s difficult to ignore them.”

Then, they had to balance between the hub’s long-term and short-term priorities. On one hand, they wanted to build an open architecture which can adapt to the evolving content consumption needs of the current and future generations. At the same time, TO THE NEW needed to deliver a platform with significant features and an inbuilt architecture within the stipulated deadline.

“The brief given to us was to build Startup India Hub as a very engaging platform. It should allow a lot of conversations be akin to the ‘LinkedIn’ for the startup community of India. This was a very ambitious goal.”

Though it was a challenging time, Deepak is proud of the way they were able to deliver on time. “Originally we thought that having the Indian government as a client would be a tough thing but it was quite a smooth experience for us, right from creating the platform to receiving payments,” he adds.

TO THE NEW And Invest India: Future Plans For The Startup India Virtual Hub

As shared by Deepak, the TO THE NEW team will continue to work with Invest India for further developing the Startup India Virtual Hub. “We have so far worked on the build phase where the target was to launch the platform. But this is only around 40% of what we have in mind. There is still a lot of work that needs to get done, in terms of maintaining the existing infrastructure and add new features based on the requirements of users.”

Recently, during PM Narendra Modi’s Israel visit, the TO THE NEW team tweaked the Startup India Virtual Hub platform with real-time updates of the same for platform users. The Startup India Hub team has already introduced an AI chatbot named Sara for pilot testing. They are now working towards adding regional languages to the platform.

“Going forward, the Startup India Virtual Hub aims to be the one-stop-shop for stakeholders of the startup ecosystem in India and the globe, to interact and engage in a dynamic online environment and facilitate the growth and development of the Indian startup ecosystem,” Aditya adds.

TO THE NEW: Journey To Date

In 2015, the company consolidated all its businesses- Ignitee Digital, IntelliGrape Software, Tangerine Digital and Techsailor into a new entity – TO THE NEW Digital. The new entity had extended service offerings in the digital transformation to enable next-generation digital enterprises. At the same time, the company appointed IntelliGrape Software founder Deepak Mittal as the CEO and co-founder of the new entity.

Today, TO THE NEW is a global digital technology platform with operations in six countries including India, Singapore, China, Malaysia, Indonesia, and the Philippines. From a modest team size of ~150 in 2015, they have grown to 600+ employees in 2017.

With over 200 clients globally, the team has worked with partners such as Adobe, Google, Acquia, Amazon Web Services (AWS), Microsoft Azure, YouTube, DataStax, and MongoDB. Their marquee global projects include Westcon-Comstor, Alibaba Cloud, Mat.se to name a few.

“When we started in 2008, Indians at that time were not keen on investing in the technology part of the business. The roots of TO THE NEW were, thus, into product engineering; to come up with innovative solutions majorly for Silicon Valley companies. However, with the consolidation in 2015, we added capabilities around digital marketing, and data analytics and the whole offering became rounded. This further allowed us to rope in the Indian market as a primary entity and emerge as a digital transformation player.”

TO THE NEW is also working actively on other fronts. Apart from nurturing the Startup India Virtual Hub, it has recently set up a centre of excellence for the JavaScript-based ecosystem (including Angular.js, ReactJS) which is now becoming a default system to build highly scalable and high-performance applications. They also have a lab for Smart TVs. Deepak concludes the interview with, “We foresee the wave of mobility moving to Smart TVs in the next couple of years. We will continue investing in technologies such as IoT, digital analytics and data science, machine learning and artificial intelligence to further strengthen our digital transformation capabilities.”