Important Movers And Shakers Of The Week [Oct 28-Nov 2]

Important Movers And Shakers Of The Week [Oct 28-Nov 2]

TO THE NEW appointed Abhishek Goel to head their financial services

Manthan Software announced the appointment of Manoj Agarwal its COO 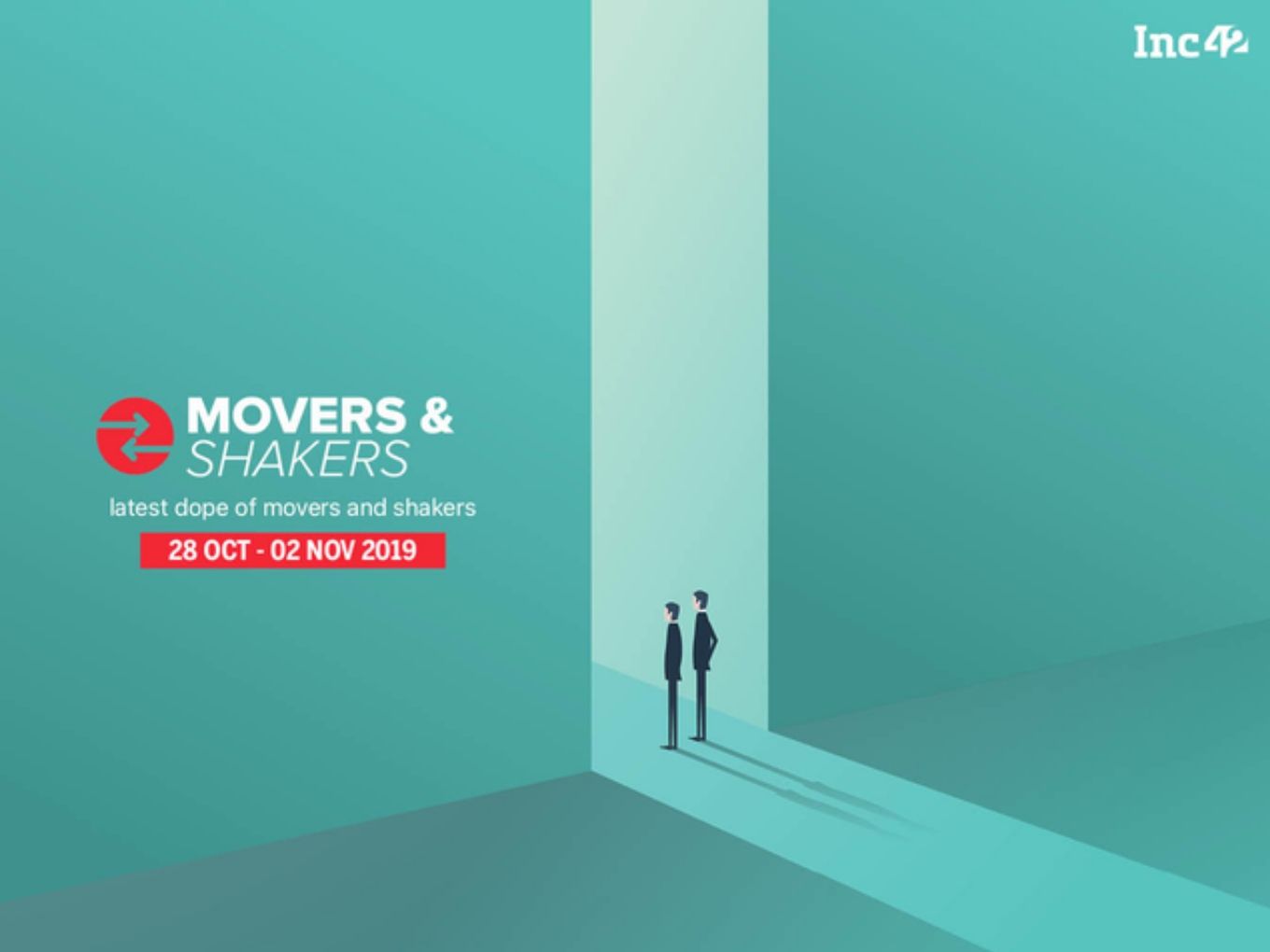 In one of the biggest news this week, former Paytm Mall chief operating officer (COO), Amit Sinha, moved back to his old project, Unnati, an agritech startup which plans to help farmers by improving their productivity. At Unnati, Sinha has joined back as cofounder and would be responsible to take the company into the fintech category by offering agricultural loans to farmers in partnership with non-banking financial companies (NBFCs) at a low monthly interest rate.

Sinha cofounded the agritech startup with his friend, Ashok Prasad, in 2017. He is currently planning to raise $6-$8 Mn in a Series A funding round for Unnati which is registered under the name of Akshamaala Solutions Pvt Ltd.

TO THE NEW Appoints Head Of Financial Services

Goel has also worked with major investment banks such as Barclays Capital and Royal Bank of Scotland (RBS) and has successfully delivered low latency and large volume IT systems to the clients across the geography.

He holds an MBA from IIM, Ahmedabad (IIM-A) and is an alumnus of National Institute of Technology, Kurukshetra.

Manthan Software, an Artificial Intelligence (AI) and Cloud Analytics software company, has appointed Manoj Agarwal as COO. Agarwal brings with him an experience of more than 20 years in technology, retail and consumer markets.

His responsibilities at Manthan Software will be to develop and direct the company’s strategies, structure, capacity, and teams towards revenue and growth objectives. Agarwal will report to Atul Jalan, founder and CEO of Manthan Software.

Prior to his appointment as COO, Agarwal served as CTO at Future Group, where he was part of the IT Strategy team and had led technology-enabled initiatives, driving organization-wide change management. He has previously also worked in global companies like Procter & Gamble and Atos Origin in the US, where he played key roles in business transformation and information technology.