TNQInGage which will focus on developing immersive technology solutions

InGage employees and IP would be transferred over to the JV

TNQ will provide management expertise and access to its sales channels 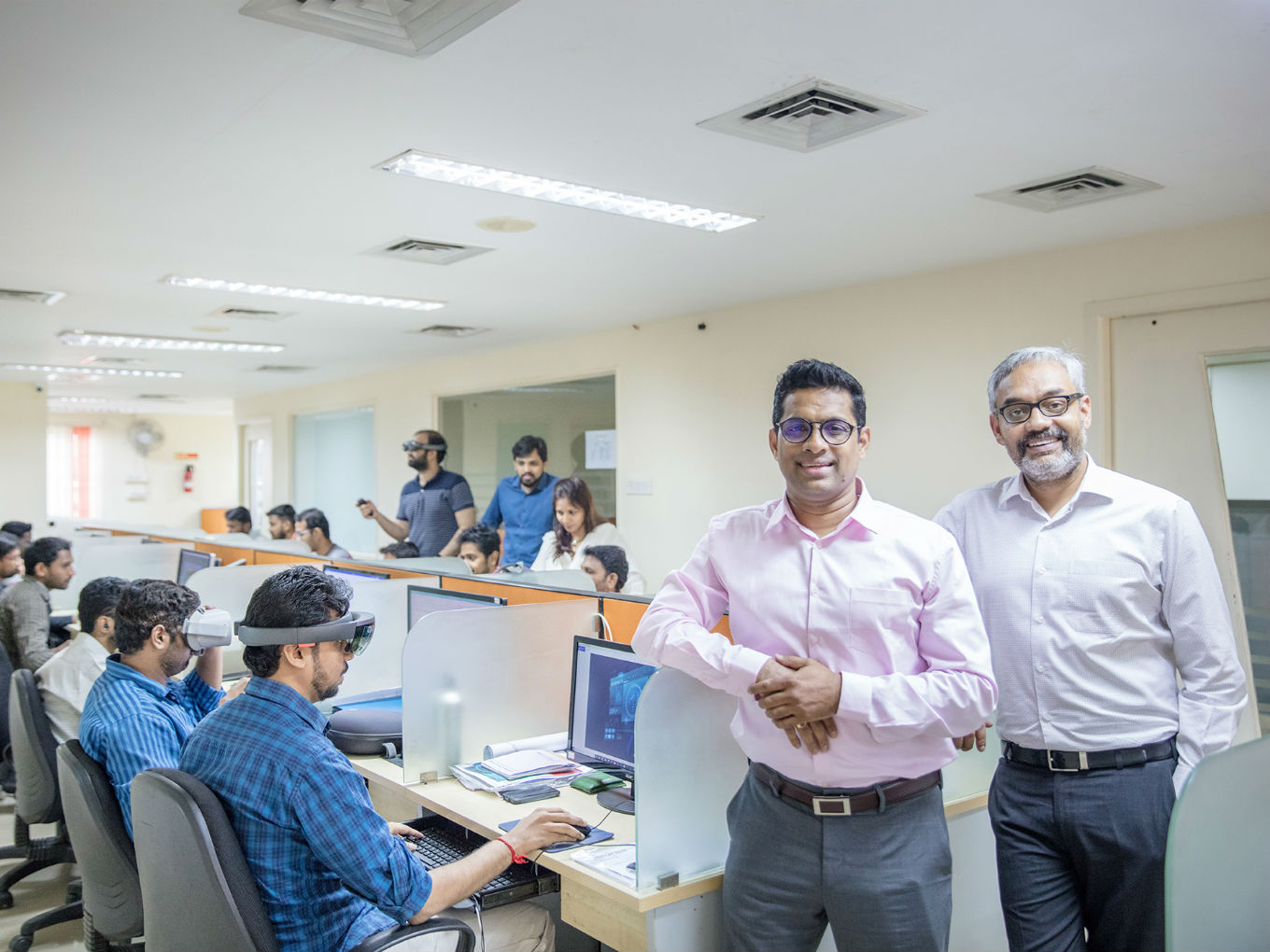 Chennai-based publishing technology and services company TNQ Technologies has invested $2 Mn in a joint venture with augmented and virtual reality startup InGage Technologies. The companies have come together to form a joint venture, TNQ InGage which will focus on developing immersive technology solutions using augmented reality, virtual reality and mixed reality integrated with IoT and analytics.

With this joint venture, InGage will cease to exist as an entity, and its people, intellectual property and customer relationships will be absorbed into this JV.

TNQ And InGage: The Synergies

Talking to Inc42, Vijay Karunakaran, founder and CEO, TNQ InGage said, “Last year we came to a point where looking at the tremendous opportunity, especially in the enterprise market for AR/VR, we wanted a partner, not a typical Vc, but a partner who is passionate about the business, has similar thought process and funding.”

InGage uses proprietary technology to deploy across AR and VR devices. It claims to have delivered more than 500 projects across over 250 customers including ITC, Mahindra, TCS etc. It further says that it supports over 25 AR/VR devices  and has enabled more than 50 Mn Ar/VR Experience views.

The solutions by TNQInGage will provide enterprises in the healthcare, manufacturing, and construction industries, immersive training simulators, field service tools through and digital experience centres for Industry.

Abhigyan Arun, CEO, TNQ Technologies told us that they were looking at its long-term strategy, were very cognizant of the evolution of content. They were sure that content generation would move to AR/VR,-enabled devices it would take time, but this is where it will go. The company was then looking for such investment and found InGage.

The investment was supposed to be in technology as large portion of revenue for TNQ Technologies comes from services and it made logical sense to invest in InGage.

The Path Forward For TNQ InGage

TNQ Technologies’ investment as a long-term strategic partner will help TNQ InGage with growth and scalability.

“Our plan is to develop products and services that will have a meaningful impact on how people train, work and live. We are also looking at expansion in the global market, including the book-publishing world, by leveraging TNQ’s existing capabilities and competencies,” Karunakaran said.

Karunakaran told us that the TNQ InGage will be focussing investments towards product research and development to improve human interaction with virtual objects, through haptics and photo-realistic rendering.

On the subject of experience centres, Karunakaran said that they will build experience centres as captive section for large enterprises. This would help the company showcase their products to customers in a more immersive way beyond the showcase. He also said that so far the company has focused on large corporations, but they are now looking for opportunities of putting up infrastructure which can be experienced by multiple stakeholders.

The State Of AR/VR In India

The global AR, VR market size is aimed at $100 Bn in the next five years. In India, with the government now focussing on skilling and development, improved infrastructure supporting new forms of content delivery, and potential adoption of Industry 4.0, the market is showing increasing interest.

The AR/VR industry in India is at a nascent stage. In the last few years, only about 170 startups have emerged in this space. However, in the next five years, this industry is likely to see a compound annual growth rate of 76%, wrote Srinivas Kollipara, founding executive and CEO at T-Hub.

By 2020, the three most prominent markets for AR/VR technologies would be entertainment, manufacturing and healthcare. In a 2019 analysis, DataLabs by Inc42 noted that slow growth of India’s deeptech sector is primarily due to the lack of monitoring and regulation, which leads to poor or failed execution of the government schemes. Some of the other reasons include lack of high-skilled workforce, low-level readiness of the Indian public towards technology and more.

In the face of industry-wide challenges and nascent adoption, the AR/VR segment has a long way to go before proving the expected growth.