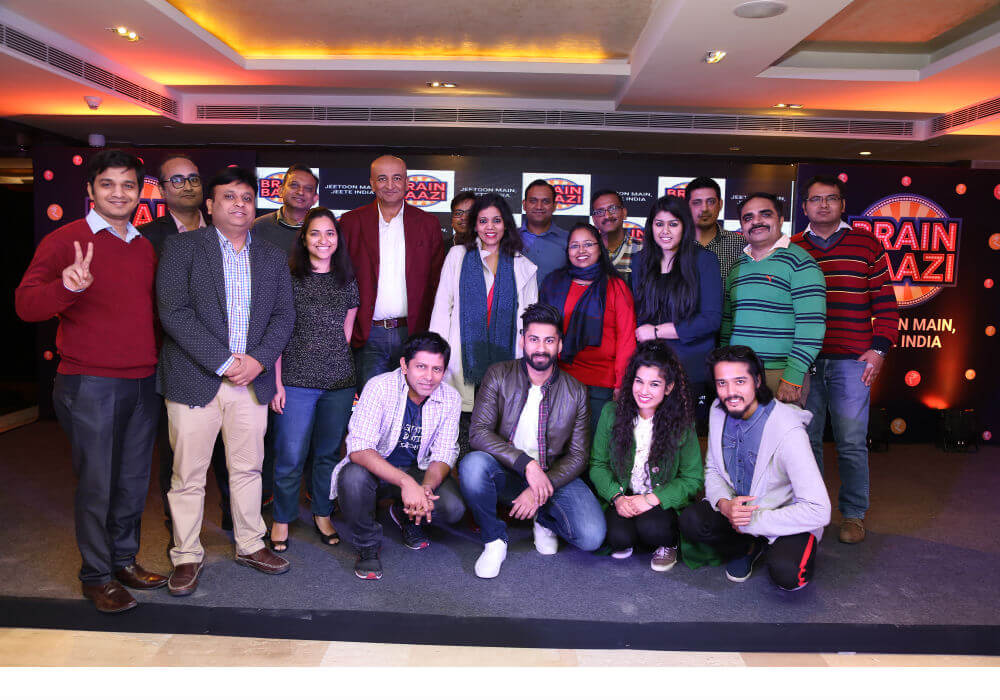 Times Internet, one of the leading digital products company in India, has announced the launch of its interactive live gaming and entertainment quiz app – BrainBaazi. The show follows the strategic path of Times Internet’s digital platform and reimagines live video entertainment.

Speaking at the launch, Gautam Sinha, CEO, Times Internet stated, “BrainBaazi is built for India with a deep understanding of the nuances of its consumers and the infrastructure. It’s a major technical challenge to be able to have a real-time, responsive, live show at that scale every day and we are excited to put our platforms to the test.”

Founded in 1999, Times Internet has been leading the charts of digital products, with its latest addition being BrainBaazi. It attempts to reimagine what mobile video entertainment can be. Its a live trivia show with real-time participation from the people who are watching it. Additionally, viewers are given a chance to truly win the show.

The makers of BrainBaazi have carefully put together a stack of codecs along with the proprietary handling of cues and quiz payloads. This will ensure real-time delivery of videos and questions to millions of users across different devices and bandwidth.

Through this live trivia game show, participants can win a cash prize of $780 (INR 50,000), which Times Internet plans to increase as it gets more users joining concurrently in the show. The games would be hosted by acclaimed anchors and will start at 1 PM sharp every day. There will be 11 questions which live players have to answer in 10 seconds each.

The iOS version of the app will be launched by the end of the month. However, Times Internet has revealed that there are no plans in store for a desktop app. Currently, the app gets around 3K concurrent users joining in the quiz and has 10K users in total. 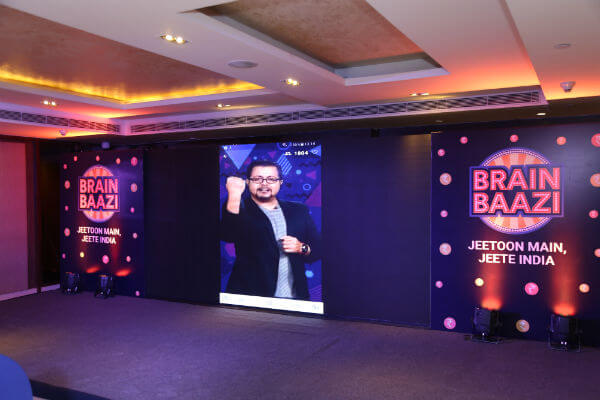 Within the next three months, TIL is ambitiously targeting to get 1 Mn concurrent users and there also plans to introduce the show in two to three more languages, said Gautam Sinha during the press conference. Then there are plans of hosting the show more than once in a day.

The monetisation model for the app will comparatively remain the same, in the line of any other television channel or digital media platforms. For marketing and growth, it will be leveraging the Times Internet Group properties which currently stands at 30+.

Times Internet envisions that this new trivia quiz app will become the first true primetime show for millennials, with a reach that’s competitive with TV and the engagement of an immersive digital product.

As of December 2016, with brands as diverse as TOI, ET, Magicbricks, Gaana, Dineout, Cricbuzz, Haptik, CouponDunia, ViralShots, Smartapp, ET Money, and Databack under its umbrella, the TIL group covered more than 50% of India’s Internet user base, Sinha had revealed in an interaction with Inc42.

The launch of BrainBaazi by Times Internet testifies the significance of India’s growing online and mobile gaming space. As per a report titled Emerging Trends in India Gaming Industry based on the interactions of TechSci research with executives from the top 20 gaming companies in India, over the last decade, the country’s gaming market has witnessed significant growth, having already crossed $540 Mn in 2016.

The astronomical figure not only shows that the online gaming space is assured to reach a new pinnacle but that it is mainly propelled to do so as viewers shift from macro-viewership via TV screens to micro-viewing to mobile screens.

The shift in the choices is likely to influence the way Indian entertainment will grow in the future. This would make an interesting watch for the Quiz app  BrainBaazi by Times Internet on how it will fare in this rapidly expanding space.