Ola, Uber Losses Are Expected To Widen In The State If The Terms Of The Notice Are Implemented 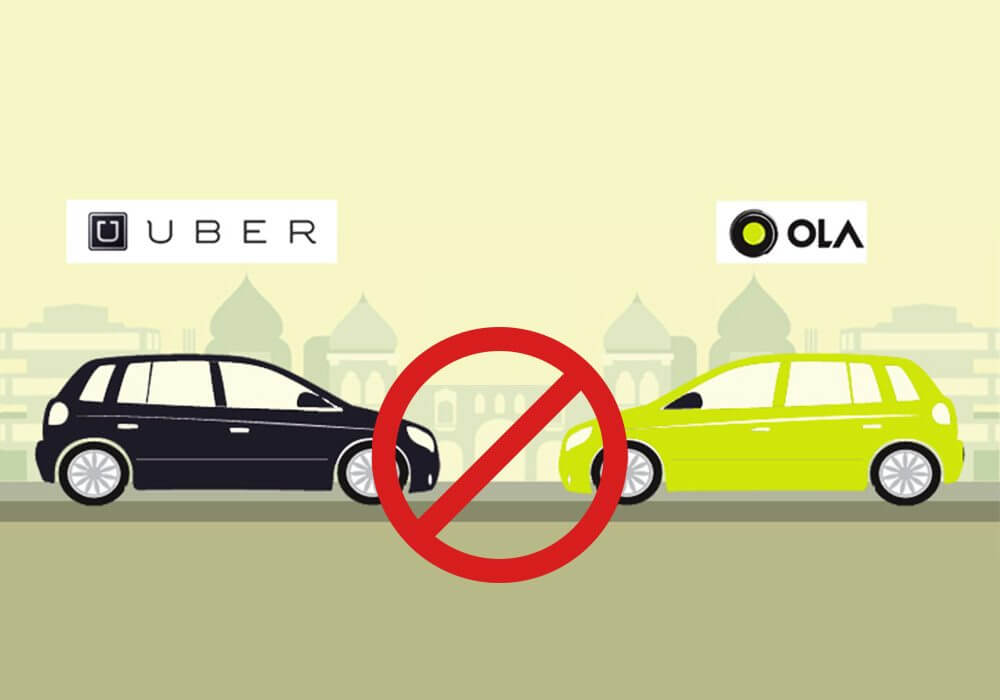 The ongoing tussle between the Karnataka government and the country’s major mobile app-based cab aggregators has taken another turn. The state government has issued a notice to Ola and Uber against violation of rules for charging the time-based fare.

As per an ET report, the notices were sent in consonance with Rule 11(a) of the Karnataka On-demand Transportation Technology Aggregators Rules, 2016, which allows the licensing authority to suspend or cancel the licence if the licencee fails to comply with any of the requirements or conditions of these rules.

“No fare shall be collected on the basis of time, only the fares which shall be notified by the government on the In basis of kilometre travelling K’ alone shall be levied to the commuter,” as stated in the notice issued on Saturday.

An Ola spokesperson stated to ET, “We have received communication from the state transport department of Karnataka and are studying the contents of the same. We will shortly share the company’s response to the authority.”

Earlier this month, the Karnataka government also banned the local mobile app-based cab aggregator Namma TYGR on charges of being ‘illegal’ due to lack of required permission. The app was backed by the former Chief Minister H.D. Kumaraswamy, and was launched in November 2017.

An email query sent to both Ola and Uber did not elicit any response till the time of publication.

Ola and Uber have continuously been facing trouble in convincing the state governments with their business model. Analysts expect that shifting focus to only distance-based pricing will certainly impact their revenues in Karnataka. Also, as the local taxi unions are continuously opposing the pricing model of these companies, if implemented, other states can also follow the suit.

Prior to this, in March 2016, their bike sharing services, Ola Bike and uberMoto, were deemed ‘illegal’ by the Karnataka State Transport Department. An embargo on the bike-sharing services was placed soon afterwards.

Apart from Karnataka, in July 2017, it was reported that the Delhi government may place a ban on ride-sharing services like Ola Share and UberPOOL, as part of its new City Taxi Policy under the purview of Motor Vehicles Act, 1988.

Also, the driver fleet of both Ola and Uber had shown their aggression with several strikes in different parts of the country over the last two years period.

In face of the rising heat from both ends, Ola has already started tapping into international markets like Australia. Also, the company has been bullish on turning into an electric vehicle aggregator in long run. Under its Mission:Electric, Ola has committed to place 10K e-rickshaws and electric auto-rickshaws in its service in the next 12 months.

Uber on the other hand is still struggling in the Indian market. However during the recent visits of the company CEO Dara Khosrowshahi and COO Barney Harford to the country, Uber shared positive sentiments.

Soon after, Uber also launched new partner app for select driver partners in Kochi and courier partners in Chennai. It will be rolled out in a phased manner to drivers and delivery partners across the country over the coming months.

Both Ola and Uber seems are trying to find resort in different strategies to fuel in their business ambitions. Will both the can aggreators be able to do a mutual agreement with the Karnataka government or will take a reverse turn in the state, only time could tell.