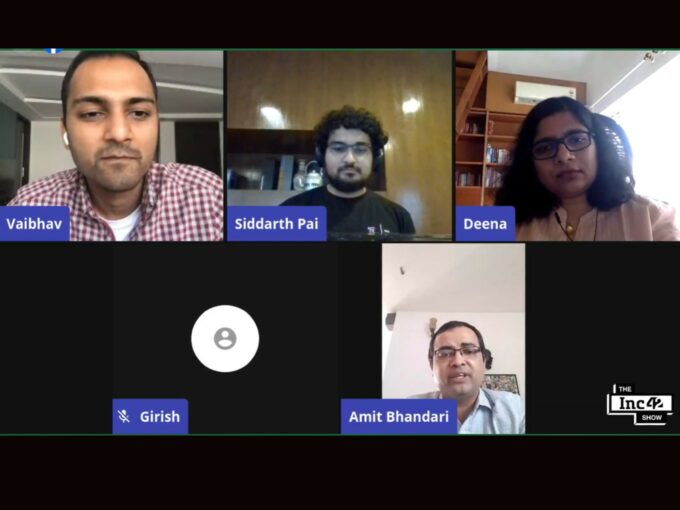 On April 17, the Department for Promotion of Industry and Internal Trade (DPIIT) issued a circular putting investment from border sharing countries under the government approval route. While the restrictions apply to countries like Myanmar, Nepal, Pakistan and Bangladesh as well, the focus has come down on China, given its larger role in the Asian and Indian market. Considering the influx of Chinese capital in India over the last few years, there have been many concerns around the ambiguity, uncertainty and impact of this decision on the startup ecosystem.

The parties agreed that this was a geopolitical move with economic repercussions. The changes were done in a similar vein to moves made by the US, Japan, Australia, Germany and the others during this time of crisis. Given the global nature of capital, clarity on the proposed changes and the mechanism for approval will be crucial in ensuring minimal disruption to the startup landscape in India, which has been reeling from a liquidity crunch.

Besides highlighting why Chinese investments matter to the Indian startups, the panel discussed:

The new rules don’t only put restrictions to the VC ecosystem but on the overall funding outlook.

Over the past ten days, the new rules have been debated thoroughly on social media and in our coverage. The first question often is why does it matter?

“China is not a market economy, follows a model of state-backed capitalism. The companies like Tencent, Alibaba and Huawei are national champions which have implicit state backing and almost limitless balance sheets. So it is not a fair competition and especially in the current scenario, where markets are down and company valuations are really damaged, Chinese companies may be in a position to unduly benefit from this kind of situation,” Bhandari said.

Is Hong Kong Included Too?

The other big question is whether the regulations put restrictions on investments from Hong Kong too? As Hong Kong is a “special administrative region” for China. Since, some Chinese laws do apply to Hong Kong too, with certain exceptions. In terms of India’s stance on the two countries, India has seen Hong Kong as a part of China for a long time. So does this matter in the context to the FDI regulations?

Pai explains that since most larger funds, as well as corporations, have offices in Hong Kong for investments and business relations with other countries, the FDI rules might also impact many VCs, LPs and investment houses in Hong Kong. Global Fund of Funds – funds which invest into other funds, have an inordinate presence in Hong Kong and this will have a severe ripple effect on all investors investing into Indian startups

Vanvari noted that the new rules restrict all Chinese investments — direct or indirect — even with as little as 1% stake. He noted that if the government examines any investment, there would be some Chinese investor behind it, maybe across layers. Getting clarity on this element as crucial as in this interconnected world, it’s practically impossible to preclude such investments as China has become a major investor in the world stage. Pai and Vanvari both added that for now Foreign Portfolio Investments (FPIs) have been left out of this circular.

The panellists also stressed upon the fact that since direct or indirect transfer of stake is restricted, it is unclear whether Chinese investors can sell their stake to other investors — Chinese or otherwise — without going through approval. They also spoke about Chinese investors being the most active ones given the current situation and how some deals have been put on hold due to the lack of clarity in the press note.

One of the major concerns raised was the time it would take for investments to be approved by the government. Essentially under the regulated investment, the company has to apply for approval through a central government portal which will then send the application to the respective ministry, which will then approve it in 12 to 16 weeks. This process is already being followed for some investments. Vanvari explained approvals can take 12 weeks or even 12 months.

“I did a deal in my life, which was a Fosun deal, which took three years,” Vanvari said.

Jacob brought in the entrepreneur’s perspective saying that once the fundraising process starts, even under the automatic route, it takes anywhere between 3-6 months to get completed. The government dependency prolongs the wait beyond term sheet clauses, ambiguity on the availability of capital and could push companies out of business.

Pai added, “The lack of clarity is the greatest anathema to investing in capital. Capital only invests when there is clarity— on the timelines, on what beneficial ownership is, and the process — and with the lack of all that, there is going to be a paralysis in the entire place and paralysis is going to adversely affect the entire startup economy.