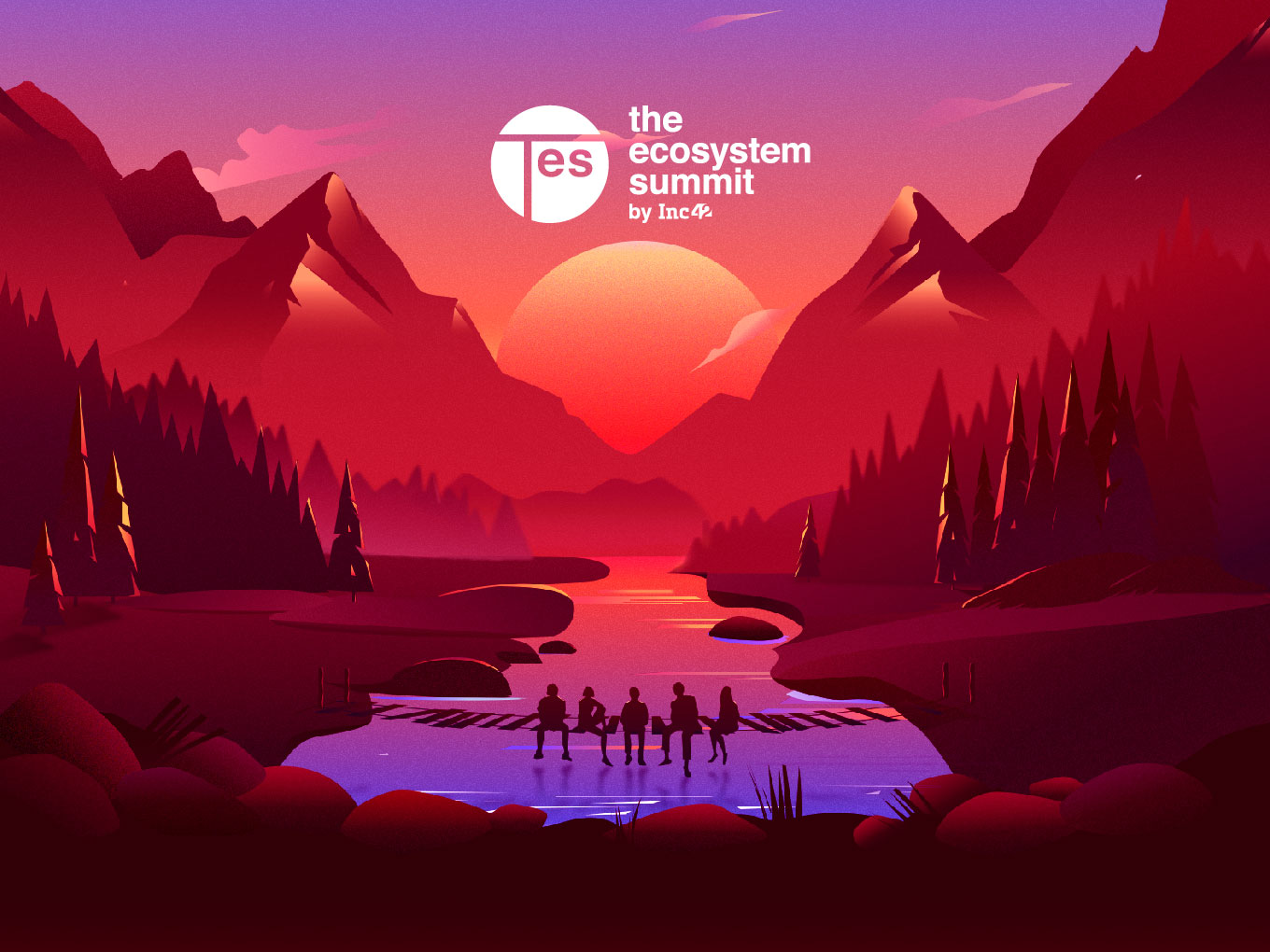 The participation of the govt, policy makers, corporates has fueled the merger of tech, business and startups, catapulting India into a new phase of economic growth

To mark the onset of “The Age Of Startups” in India, Inc42 is hosting the 2nd edition of TES on 22nd Nov

Up until as recently as a decade ago, India was considered a ‘back office’ for the global tech industry. From answering phone calls from irate customers to putting finishing touches to graphics and animation work in Hollywood movies, Indian IT companies were considered the go-to destination for mundane, low tech work.

India’s biggest tech companies — Infosys, Tech Mahindra, Wipro and HCL — built their success on the back of this outsourcing wave. Leveraging India’s massive workforce to provide international businesses with cheap customer care, sales outreach and technical support teams, the ubiquitous “call centre” was born. Soon after, the scope of outsourcing widened to include knowledge and engineering process outsourcing.

India’s IT industry was slowly climbing up from the lowest end of the value chain and snapping at the heels of large-scale tech companies worldwide for large-scale projects — albeit at prices which were still some of the lowest in the world. Automation was replacing many outsourced operations, and the thriving $30 Bn industry was on the verge of depletion soon after its initial boom.

Perhaps, it was the decline in the outsourcing industry that truly set the stage for the revolutionary last decade. This IT/ITES boom also created thousands of Indian software developers, coders and techies with world-class talent and international exposure. More importantly, it sparked the entrepreneurial spirit of applying these skills to tackle the ground level problems of India.

The Merger Of Technology, Business & Startups

Over the past decade, numerous factors have played a critical role to set the foundation for the new Indian digital economy. Much credit for this has to go to Indian government-led initiatives such as Startup India, Digital India. The launch of Reliance Jio in 2016 further exploded the potential user base for tech startups. The country now has the cheapest data in the world at just INR 18.5 per 1 GB consumed, compared to the global average of around INR 600 making internet adoption easier and cheaper.

The participation of the government, policy makers, and corporates in the ecosystem has fueled the merger of technology, business and startups, catapulting India into a new phase of economic growth.

Startups Have Taken Over Our Daily Lives

While India has only begun reaping the benefits of the trickle-down effect of technology, financial and internet penetration from cities to the rural market, in the urban context, though, life has changed drastically.

And that’s just scratching the surface. The internet paved the way for thousands of startups to rise up over the past decade, address unique problems for the Indian market, transform industries and create completely new categories!

What companies like Flipkart and Delhivery did for retail and logistics respectively, every industry had crusade of hundreds of such startups which contributed to bringing them outside the shadows of the offline loss-making world.

Personal mobility, for instance, has been given a new shape with the launch of Ola, Uber which has given employment opportunities to more than two million drivers. What Ola, Uber did to cabs, Zomato, Swiggy did to restaurants, likes of OYO did to hotels and so on. And today,

So much so that 27 Unicorns and 30 Soonicorns alone have created more than 100K white-collar jobs and over 2.5 Mn blue-collar jobs.

From having a handful of tech companies to dozens and thousands of innovative new ventures, India’s startup ecosystem has been bustling for the past decade.

The Age Of Startups At The Ecosystem Summit By Inc42


Just a couple of years ago, the narrative around the impact created by startups was talked about in the future tense. However, the rapid development of India’s fundamental infrastructure has accelerated the merger of technology, business and startups – empowering startups to disrupt complete industries like retail, logistics, transportation, financial services and more.

The impact of startups on our daily lives, on consumer behaviour, business and the economy has been transformational; promising to disrupt and create even more industries. We are now truly living in the Age of Startups!

To mark the onset of “The Age Of Startups” in India, Inc42 is hosting the second edition of The Ecosystem Summit this November. The gathering of India’s brightest minds and industry leaders, The Ecosystem Summit 2019 will spark off interesting conversations on the current state of the Indian startup ecosystem, the revolution it has brought, industries it has helped flourished, the deep and positive impact on the lives of consumers, and how the economy has reaped the benefits of all this innovation.

With its roster of world-class speakers and interactive sessions and delegates from 15+ countries, Inc42’s flagship conference — The Ecosystem Summit, an invite-only conference will bring together 500+ leaders and influencers from the startup, government, investor and corporate ecosystems under one roof.

The past few years have seen startups contribute to the economy in a big way. According to DataLabs by Inc42, by 2018 the value of the startup ecosystem in India has grown to $130 Bn.

Skeptics have claimed that India still lags behind on innovative tech and infrastructure. But if the past decade has shown us anything, it’s that Indian startups have thrived even in the face of adversity and have evolved into a monumental force of change and innovation.

Ushering In The Next Decade At Inc42 The Ecosystem Summit


The overall economic growth, the penetration of communication and connectivity, the appetite for innovation, and the enthusiasm among consumers to embrace new products and services – all of these are indicators that India is truly in the age of startups and the development on this front is unmatched by other developing countries in the world. The pieces have fallen into place at just the right time.

The way Indian startups have transformed the face of retail, transport, logistics, financial services, the next decade will be all about transforming the agriculture, healthcare, real estate, automotive and energy sectors which have already started to explode. Just like when India went from the back office to front-and-centre in the global startup economy, this is India’s next watershed moment.

While the first edition of Inc42’s The Ecosystem Summit was all about the role each entity has played in bringing the ecosystem to the stage it is today, the second edition is all about applauding the efforts of the startups in transforming industries. More than just a gathering of the country’s brightest entrepreneurs and investors, The Ecosystem Summit by Inc42 is about proclaiming to the world that Indian startups have well and truly arrived!

Save The Date
facebooktwitterwhatsapp