An Angel Investor’s Tryst With BYJU’S And LinkedIn; The Free Speech Conundrum

An Angel Investor’s Tryst With BYJU’S And LinkedIn; The Free Speech Conundrum 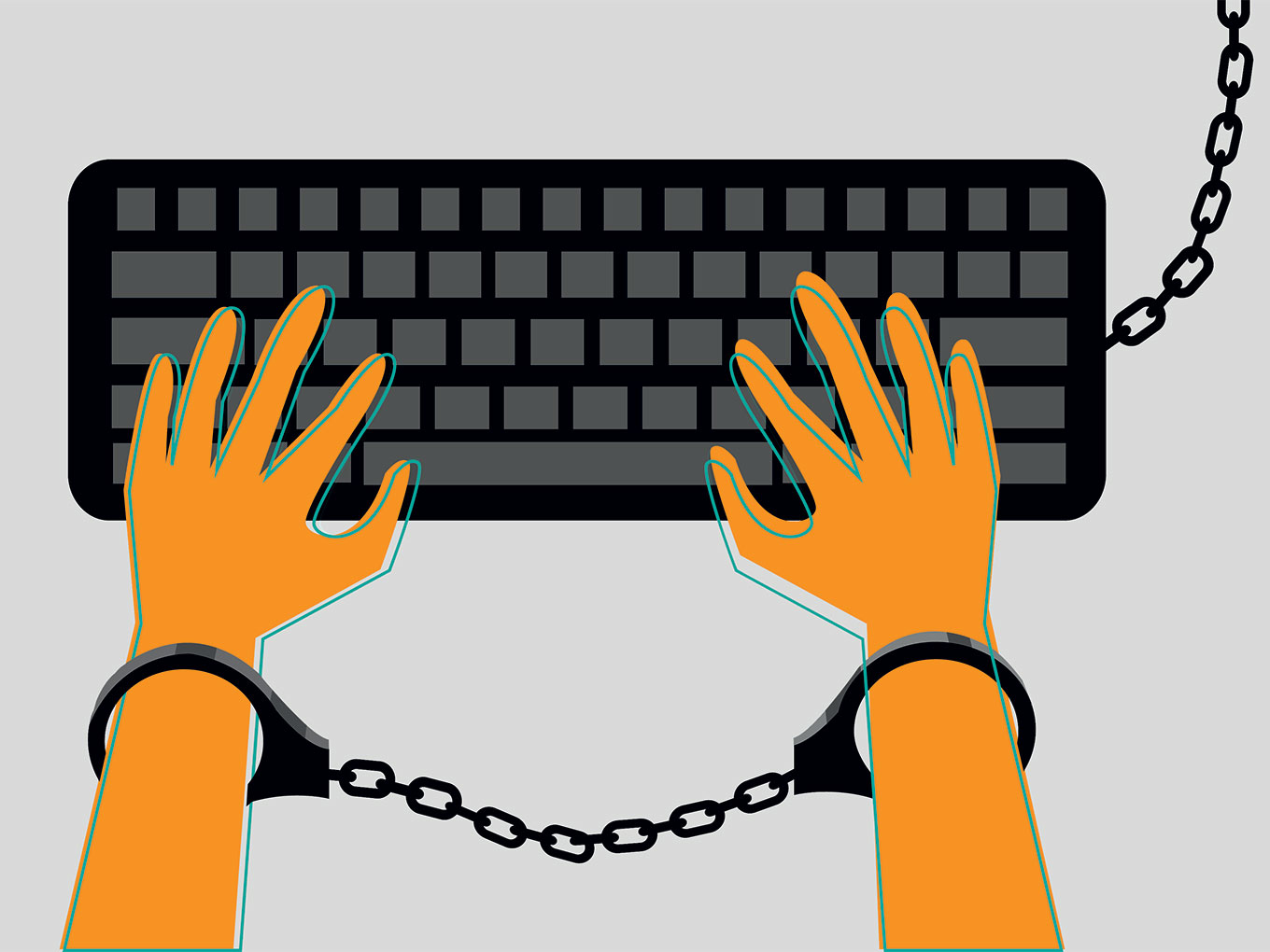 When authentic criticism can be suppressed without a public debate, is there any way that social media platforms can claim to be paragons of free speech?

There’s something to be said about freedom of speech online — or lack thereof — when a powerful startup can use its muscle to act against critics on social media. If indeed the so-called protectors of speech and expression in the digital age can be coerced into deleting posts and content to protect the interests of one company, then what hope do people have in getting their voices heard.

We have seen social media platforms being twisted and manipulated for political gain, but even companies have a lot riding on reputation management in the online world. As highlighted in the incident involving angel investor Dr Aniruddha Malpani, edtech giant BYJU’S and Microsoft-owned professional social network LinkedIn.

Over the last few weeks, Malpani has been in the limelight for alleging BYJU’S had got his LinkedIn account deactivated and banned for posting allegedly defamatory content against the edtech unicorn. “I have a clear conscience about my posts on #LinkedIn about the #toxic #work #culture at #Byju’s. I just said the truth, with the hope that this would goad them into action. Sadly, they have chosen to make matters worse by punishing me by forcing #LinkedIn to delete my account,” Malpani tweeted on July 21.

Though there is no proof of BYJU’S involvement in Linkedin taking down his account, it raises questions over why a platform run by a multinational company such as Microsoft should oppress the voice of any user, even if it may be critical of another business. Though LinkedIn is strictly limited to professional networking, deleting accounts is only seen when fake users pop up.

Assault On Online Freedom Of Speech?

But it’s just not LinkedIn in question. According to a Medianama report, even Twitter’s legal team has sent notices to users talking against BYJU’S, which noted that tweets critical of the company violated Indian law. The publication had reviewed four of these emails sent over the past few months which included off-the-cuff comments on its business and an allegation that it was promoting “fake news”.

Though BYJU’S has declined to comment their involvement in the Twitter reports, it has maintained a studied silence on the LinkedIn fiasco.

The LinkedIn-Malpani-BYJU’S debacle has thrown light on a larger issue on the internet — freedom of speech and expression. Malpani told Inc42 that the problem in this issue is not that his account got banned, but the lack of accountability and answerability on LinkedIn’s part. He has been repeatedly trying to reach out to the company in an attempt to restore his account, but has only received templated responses time and again.

Not Just LinkedIn To Blame

Further, there’s the issue of India’s intermediary guidelines, which force social media companies to take down content on the request of the government and law enforcement agencies. If indeed companies have an issue with a particular series of posts, they can take it to court and get the content removed legitimately. Realising the implications of this power over customers and other businesses, even the US Congress recently probed tech giants like Apple, Amazon, Google and Facebook over free speech and online privacy.

In 2018, PepsiCo sued Facebook, YouTube, Twitter and others for comparing snack brand Kurkure to plastic. Similarly, other content such as reviews of the Baba Ramdev biography ‘Godman to Tycoon’ were deemed to be defamatory and taken down. As reported by Medianama, the Bombay high court had directed a YouTube creator in January this year to takedown a video reviewing Parachute coconut oil. In its decision, the high court had maintained that “the fundamental right to freedom of speech and expression is not an unfettered right” and that maligning a product may not be covered under any guarantees by the constitution.

YouTube was  also caught in another BYJU’S-related scandal where videos of a BYJU’S sales manager abusing a junior employee were taken down indiscriminately. All instances of the video have been wiped out from YouTube, Dailymotion and Reddit, where it was being circulated. Users on Reddit have also alleged other instances of posts in relation to BYJU’S being deleted or taken down.

Inc42 reached out to Linkedin seeking clarification, but the company sent a templated response, “LinkedIn is committed to keeping our platform safe, trusted and professional. We have clear terms of service and professional community policies that we expect all of our members to adhere to. We can confirm that this account has been restricted and cannot comment further on member accounts due to our Privacy Policy.”

LinkedIn’s professional community policies mostly include generic community guidelines like acting responsibly, being trustworthy, being safe, respecting others rights and following the law.

So on what basis was the account deletion enforced by LinkedIn? And shouldn’t it have to furnish proof of said violations before deleting someone’s life’s work? If LinkedIn indeed wants to remain a career enabler, such moves rob it of credibility.

Finding The Right Way To Moderate

The pandemic has pushed social distancing to another level. In times like these, people’s dependence on social networking platforms has increased manifold. Though these platforms are owned by private multinational corporations, they’re still public in nature. Therefore, they need to be more accountable and responsible in terms of managing it and not oppressing voices.

According to Malpani, he has recommended that LinkedIn bring in a democratic solution which allows five representatives from the company and five users to decide what should be removed from the platform. This model is somewhat similar to Facebook’s Oversight Board that reviews appeals from users, whose account has been removed from Facebook and its subsidiaries. This board is an independent body whose decision Facebook will have to follow unless it could violate any law.

On the other hand even the legal route is an impossible fight to win considering LinkedIn’s terms and conditions state, “You are responsible for anything that happens through your account unless you close it or report misuse.” With no redressal system, the only way to solve such problems on LinkedIn is to prevent it in the first place.

While reports about problematic work culture in unicorns and other prominent startups are no secret, there has not been much said about such a work culture, as it could damage the company’s valuations and hamper its ability to attract further investments.

Malpani maintained that he does not have any problem with BYJU’S, but has raised issues that he feels are symptomatic across the startup ecosystem and unicorns.

“I have nothing against BYJU’s, I just take BYJU’s as representative (of the issue of corporate governance). I am sure others must be equally bad. You know why? Because everyone is now trying to copy BYJU’s. So they put someone who used to work at BYJU’s and they used to copy and paste all their mis-selling techniques and all the rubbish they used to do because this is the best way to make money very quickly,” he said.

The investor also said while he is in a better position than others to take the fight to LinkedIn, others may not have the time, means or inclination to get into a protracted fight. And therein lies the major issue. This issue is not just about LinkedIn banning an individual, but shows a greater problem around freedom of speech without having any form of redressal mechanisms in place.

Social media platforms have too much power and at the same time none, at least as long as companies can stroll in and demand that criticism needs to be removed. Whereas the issue can be ignored to a certain extent, but when authentic criticism can be similarly suppressed, then there’s no way that social media platforms can claim to be paragons of free speech.