The 10 Worst Reasons To Quit

The 10 Worst Reasons To Quit 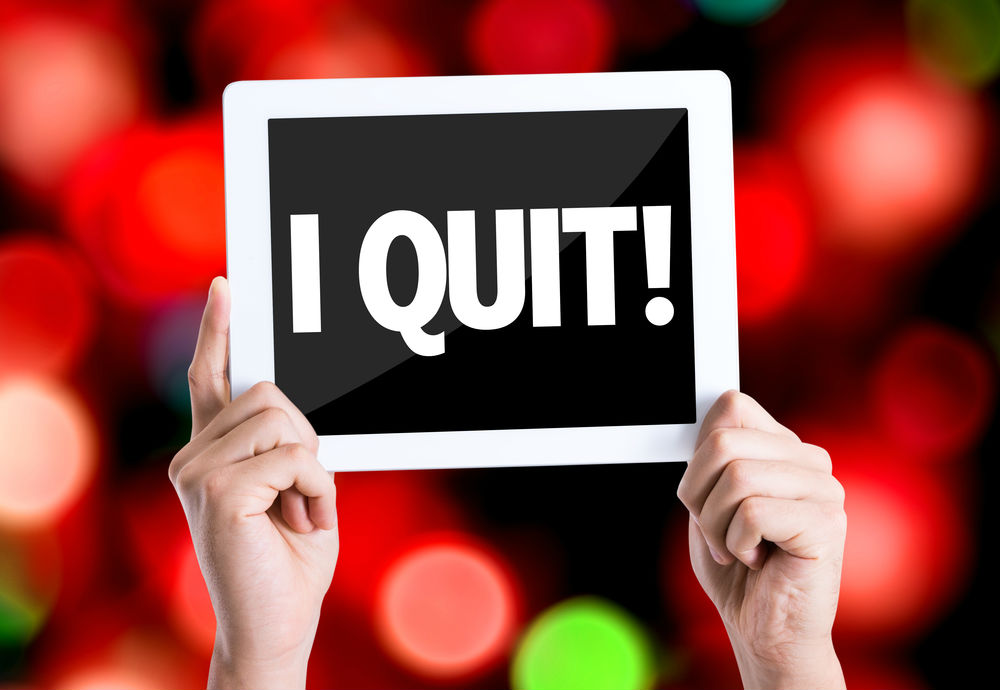 Here are the top ten worst reasons which probably force you to quit:

Learning, accomplishing or doing anything is like playing the piano. You’ll never be any good if you don’t sit down every day and do it. Repetition is the secret sauce for getting shit done.

Unfortunately, repetition can be boring. Almost mind numbingly so. It’s about working on your product, your blog, your book or your company day after day, with nothing much seeming to change.

It can take a lot out of you, it can make you feel like a gerbil on a wheel — but that doesn’t mean you should quit. You have to show up and repeat/repeat until it pays off.

You know something else my Mum used to tell me? Only boring people are bored.

So don’t be boring.

Nobody is singing your praises

Nobody is paying attention just yet. Nobody is calling you Elon Musk or Virginia Woolf.

Well, boo-hoo. If you quit because of that, you can be positive that they never will.

When you do something and the response from the Internet is awkward silence and nobody making eye contact, that just means you haven’t gotten through yet. It doesn’t mean you never will.

Do you want to know how many years I spent making things online before people started reading my work?

10 long years of putting out music, art and writing, trying to build two failed startups, without anyone noticing or giving a shit.

So don’t quit because people aren’t listening. Repeat/repeat until they do.

You aren’t rich yet

Me neither. Sucks doesn’t it.

I get by on a full-time salary and consulting work. My writing hasn’t landed me a cent yet, and it probably won’t for another year. That’s okay.

Money is something I care a lot about. I’d be lying if I said it’s not hugely important to me, but I don’t spend my time waiting around to be rich. That would distract me from the real, raw work that I need to do in order to build out my career.

If I wanted a quicker path to financial well-being, I would have gone into investment banking. There’s nothing wrong with being an investment banker, but it’s not what I want from my life.

I want to start a business, create awesome work and build cool shit.

And so do you.

If you’re starting out on your journey with a business or a creative project, you’re going to have to give it five years. That’s my rule of thumb. If you want to accomplish something big, if you want to really get traction, you can’t expect overnight success.

Looking ahead, five years probably sounds like a massive drain. It looks like a huge chunk of your life to dedicate to something. And you know what, it absolutely is. But if you work hard at something, every single day for five years, there is no telling how far you could go. How much you could accomplish.

Just because it seems daunting to commit that kind of time doesn’t mean you should quit. It means you should lace up your boots and get cracking.

The pay-off doesn’t weigh off

I had to make this one rhyme — just couldn’t resist.

Sooner or later you’ll end up asking yourself if what you’re doing is really going to be worth it. You’ll weigh up the benefits and gains against the time spent trying, working, sweating and building. And you’ll make a call, one way or another, about what is worth doing and what isn’t.

That’s something that everyone has to do. But here’s the kicker.

When you do start to worry about the pay-off, here’s what you need to do.

Find someone who will hold you accountable and then talk at them. Talk through your worries about what it’s all worth and what the hell you’re doing, and then watch as you begin to stumble over your own justifications about quitting. It’ll be clear you’re trying to invent a good argument.

You’re reacting to other people

I’ve spent a lot of time in my life struggling against my natural inclination to not do things if other people want me to. Those who know me can tell you that I never had a great relationship with my Dad, an angry and abusive man who wanted to maintain total control over his family.

Let me just say this. Don’t walk away from anything as a reaction. Make your choices for your reasons, even if they’re fucking wrong. You want to be the one who guides your life.

So be the fire, not the kindling.

Your asshole voice says to

Everyone has an asshole voice. It might sound like you or it might sound like a teacher you grew up hating. But it’s in there somewhere, and it tells you that everything sucks, you suck, your work sucks and nothing matters.

That voice is the second opinion you didn’t ask for, the person who says your bout with the flu could be fatal. It’s hard not to listen to, and it’s hard to ignore. I think the most successful people in the entire world still have regular arguments with the asshole in their head.

I wish there was a trick to ignoring that voice and staying the course, but there’s not.

You could try changing the subject, insulting it or just ignoring it. But you can’t let it make your decisions for you.

So don’t let it run you.

No one will notice

Here’s a reason that I used to think about an awful lot.

Nobody will notice if I just quit right now.

Nobody will notice if you quit. Not yet.

You don’t match the case studies

I do not have the image or lifestyle of a successful author or a successful entrepreneur. I’m not a morning person, I don’t function on kale salads and I get very unmotivated. I’m not a visionary, I’m not driven by an insane destiny, and I’m not a mad genius. My partner graduated University before me and she’s younger than I am.

I used to feel like that all meant I’d never be successful. I didn’t fit the mold, I wasn’t one of those awesomely cool startup founders or writers. These days, I just don’t care anymore. Because my lifestyle does not equal my work.

In order to achieve success, you don’t have to have an image or live a certain way, all you have to do is work.

You lack the technical skill

You don’t know how to code. You can’t string together a cohesive sentence. You have no idea how to use photoshop. You couldn’t write a business plan to save your life.

You are living in the best time ever to learn shit. You can pick up courses and information on Udemy, YouTube, almost anywhere. If you need a technical skill to start your business, create your novel or complete any creative/startup project, you can get those skills.

A Sydney based writer focusing on creativity, technology and business.